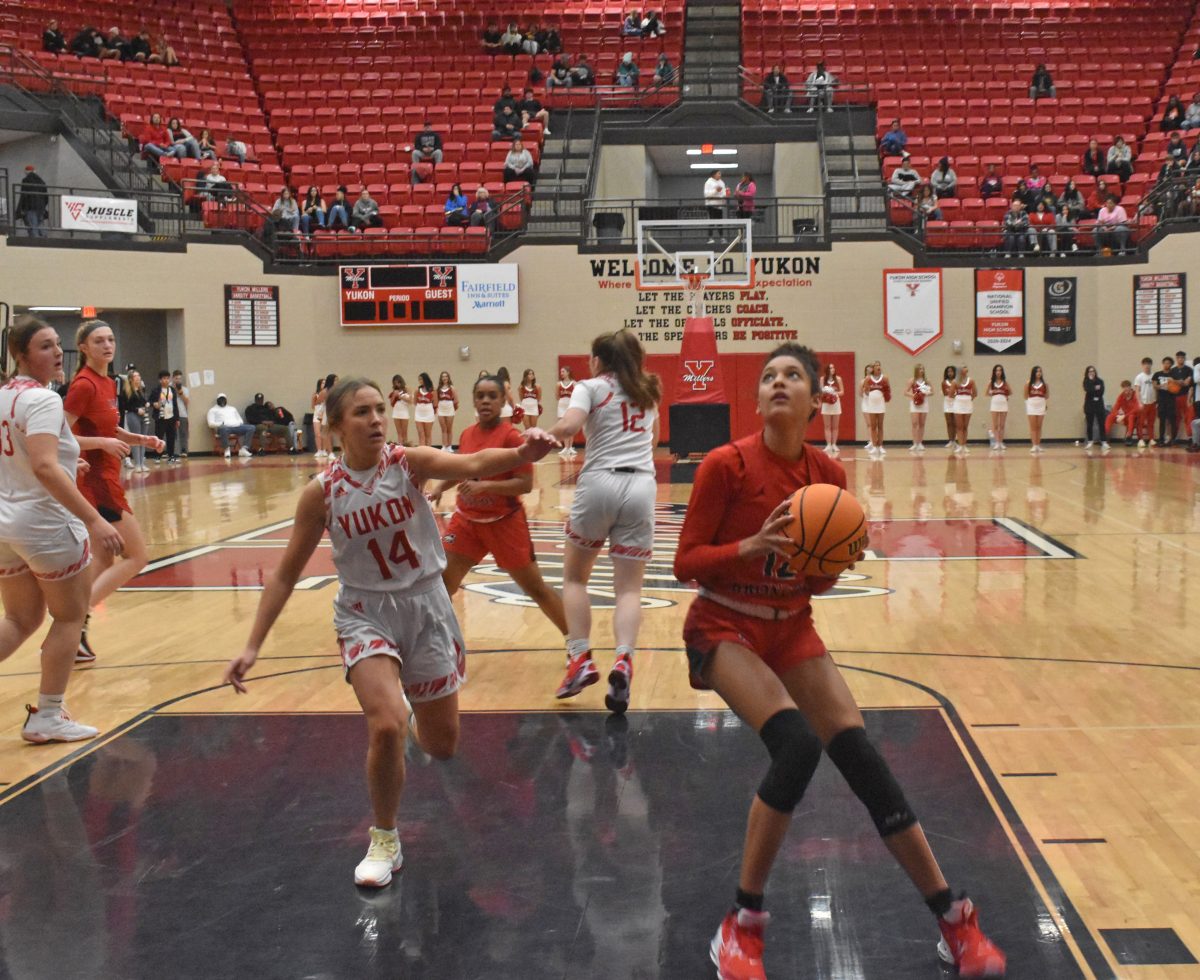 Mustang’s Mya Alston goes up for a shot against Yukon Tuesday night. Photo by Michael Kinney

YUKON— After losing four starters to graduation, Mustang coach Katie Smith knew this year was going to have its ups and down.

This came to the forefront in the Bronco’s season opener against rival Yukon. After falling down by double digits, they stormed back and had a chance to take home the win. However, Mustang came up short with a 43-42 loss at YHS.

Mustang kept the game close for much of the first half.

But it was the final two minutes of the second quarter that saw the Lady Broncos have issues that the Millers take advantage of the young squad.

Yukon outscored Mustang 17-9 in the second quarter to take a 31-17 halftime advantage.

Led by Parker Simonson and tenacious defense, the Broncos whittled Yukon’s lead down to seven with just over two minutes left in the third.

However, when Smith brought Simonson, JahMonica Johnson and Cherish Haywood on the bench for a rest, Mustang’s offense stalled.  Conversely, No. 12 got hot and pushed the Miller’s lead to 39-27 heading into the fourth.

Buckets from Simonson, Haywood and Mia Alston cut the Yukon lead down to five with 3:01 left in the game.

The teams exchanged turnovers for the next 1:30 before Alston missed a driving baseline shot. Yukon then ran more than a minute off the clock before Mustang fouled.

The Millers made 1 of 2 free throws and MHS was down six.

Simonson came up with back-to-back steals and layups to close the gap to 41-39.

The Millers were sent to the free throw line twice where they split a pair of free throws and gavee them a four-point lead. Mustang hit a 3-pointer at the buzzer, but it wasn’t enough as Yukon held on for the win.

The loss was the first for Smith against Yukon since coming to Mustang.