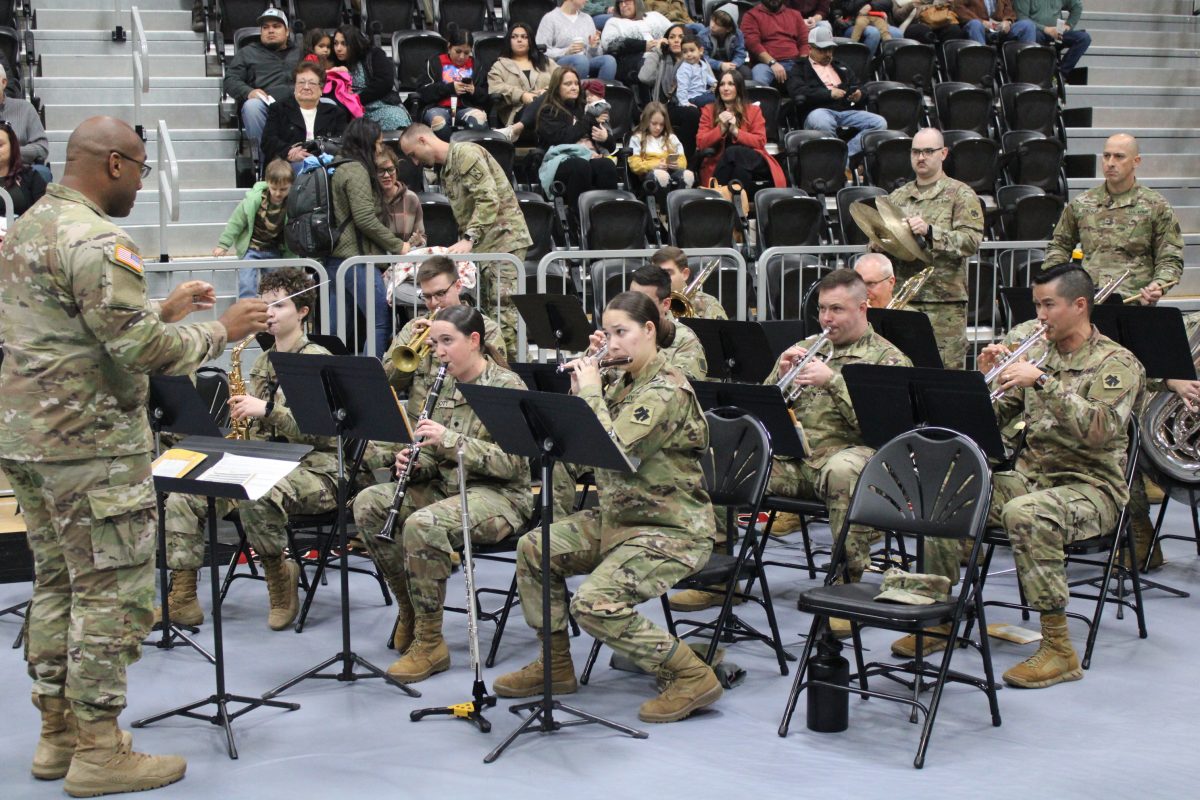 Band plays songs ahead of the ceremony and as soldiers participate in the event. 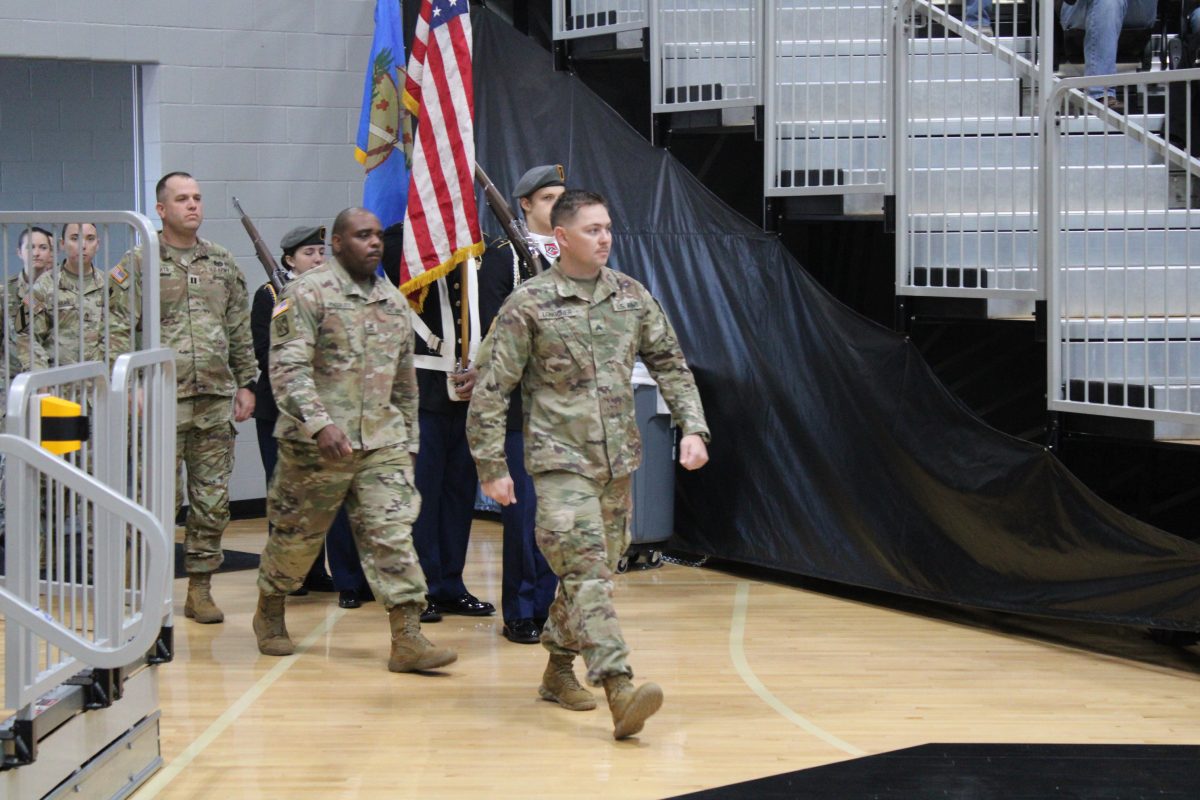 Members of the military entering from two sides of the gymnasium to take their seats for the ceremony. 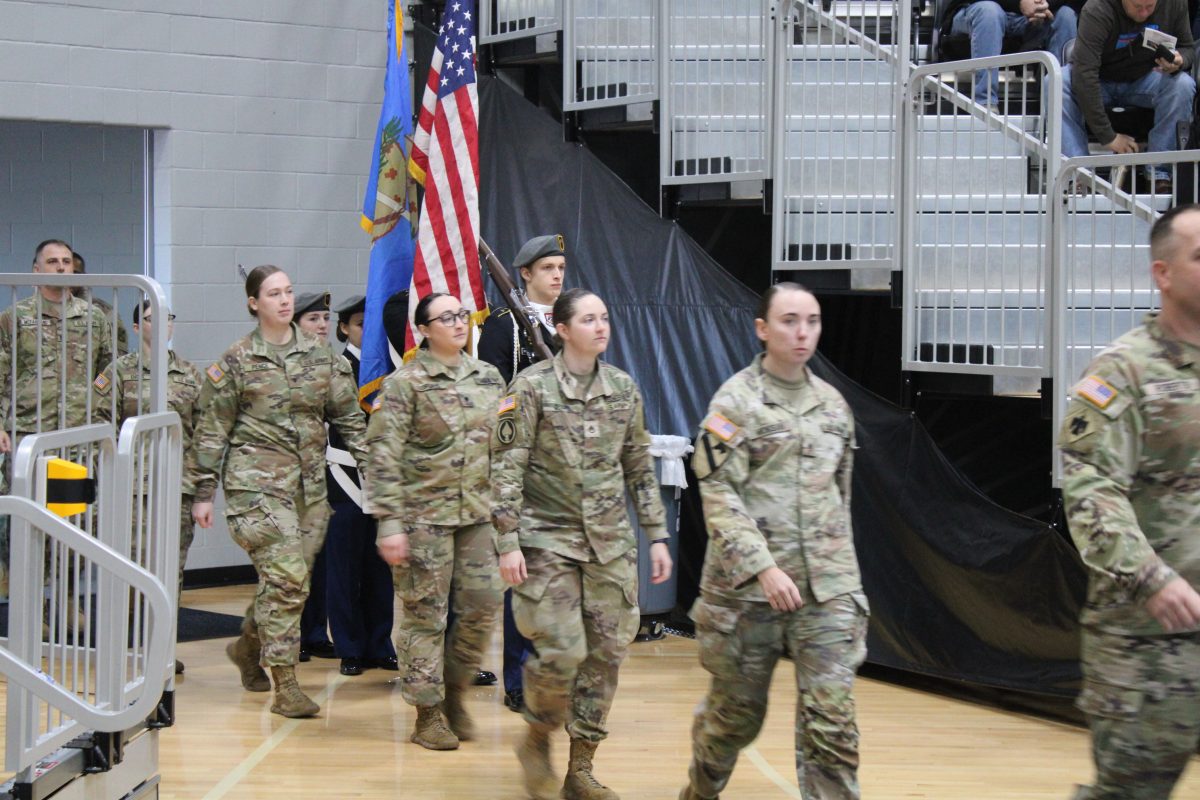 This will be the first deployment for numerous members of the military in the Headquarters Battery 45th Brigade. (Photos by Jacob Sturm)

As part of the ceremony, nearly 50 Oklahoma Army National Guardsman were recognized ahead of being deployed to help with the operations in the U.S. Central Command’s area of responsibility in the Middle East.

The deployment starts in the country, as the individuals will first make a stop in Texas for training where they will be assessed ahead of deploying overseas.

A large crowd gathered at the Mustang Event Center in support of the troops being deployed at the Saturday ceremony. A few speakers offered words of encouragement and honored the families who are sacrificing during the soldiers’ deployment.

Lainey Lordahl, one of the soldiers being deployed with the group, explained the specialties the unit works closely with.

“We work a lot with finding out a target and how we shoot that,” Lordahl said. “My specific section sits at a computer and we do the math portion of that. So, we figure out who can range it and what could range it.”

For Lordahl, who lives in McAlester, the deployment is her first. The departure ceremonies happen with a lot of units.

“Personally, this is my first deployment,” Lordahl said. “I have never done this. So, it’s very new and exciting to me and I’m glad to be a part of this one. Our unit is very close, and so I’m just really excited to be here.”

The experience remained humbling for Lordahl ahead of the ceremony and deployment.

“It’s just very humbling to be able to be a part of such a great organization and do something for the bigger person,” Lordahl said. “You don’t get to see the type of stuff we do every single day. So, it is really awesome to be a part of that.”