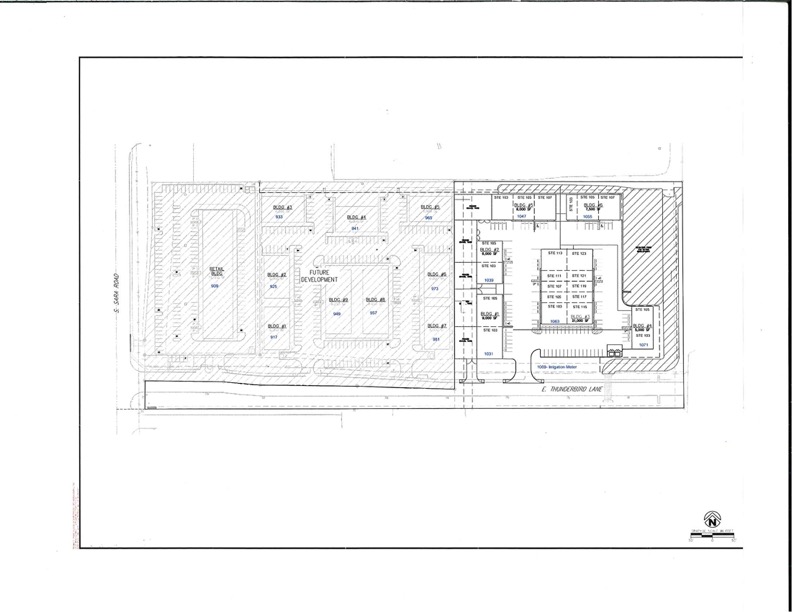 Behind the Lowe’s, there is a new development coming to Mustang set to include office spaces, a warehouse and retail developments.

That is due to Denny Hight’s decision to assess the type of development that would thrive in the rapidly growing area.

“What we’re looking at right now, of course we are in the process of leasing the office warehouses at this time,” Hight said. “We’re over 50% leased there. The center section is going to be offices, they call them garden offices. They look like a nice house. We’re in the process of doing the engineering on the infrastructure there, and the plan is to sell off those individual pad sites for businesses to build offices. And then the front section is set up for a small strip retail center.”

The development’s location on Thunderbird Lane comes with some perks.

“One of the nice things about that whole development is the access from Thunderbird Lane,” Hight said. “So, once you turn onto Thunderbird Lane, you’re out of the heavy traffic of Sara Road. So, Ingress and Egress is quite easy to all of those locations down there, whether it’s the office warehouse or what will be the office buildings themselves, or even the retail portion there in the front because that will be accessed off Thunderbird Lane as well.”

Hight has owned the property for over 20 years, and had sold another portion of land for Lowe’s to build their facility in the past. That left an additional 15 acres, which Hight agreed to let the city of Mustang access the Armory through building a new road for the Department of Defense on the land at that previous time.

Now, the Thunderbird Business Center will come in and fill additional space while Mustang’s boom continues.

He talked about the growth of town shifting toward Sara Road, and mentioned the new Atwoods and the new homes being built with good access to the Kilpatrick Turnpike.

Hight said that, ahead of the development, the discussion centered on what would be a good use for the property. The result is the Mustang Business Center, which brings industry into Mustang. He said there could be new types of industries that could be well suited for the property, too. That’s before talking about the retail portion of the development, which he expects someone to be interested in developing when available.

There is no firm timeline on when the project will be completed.