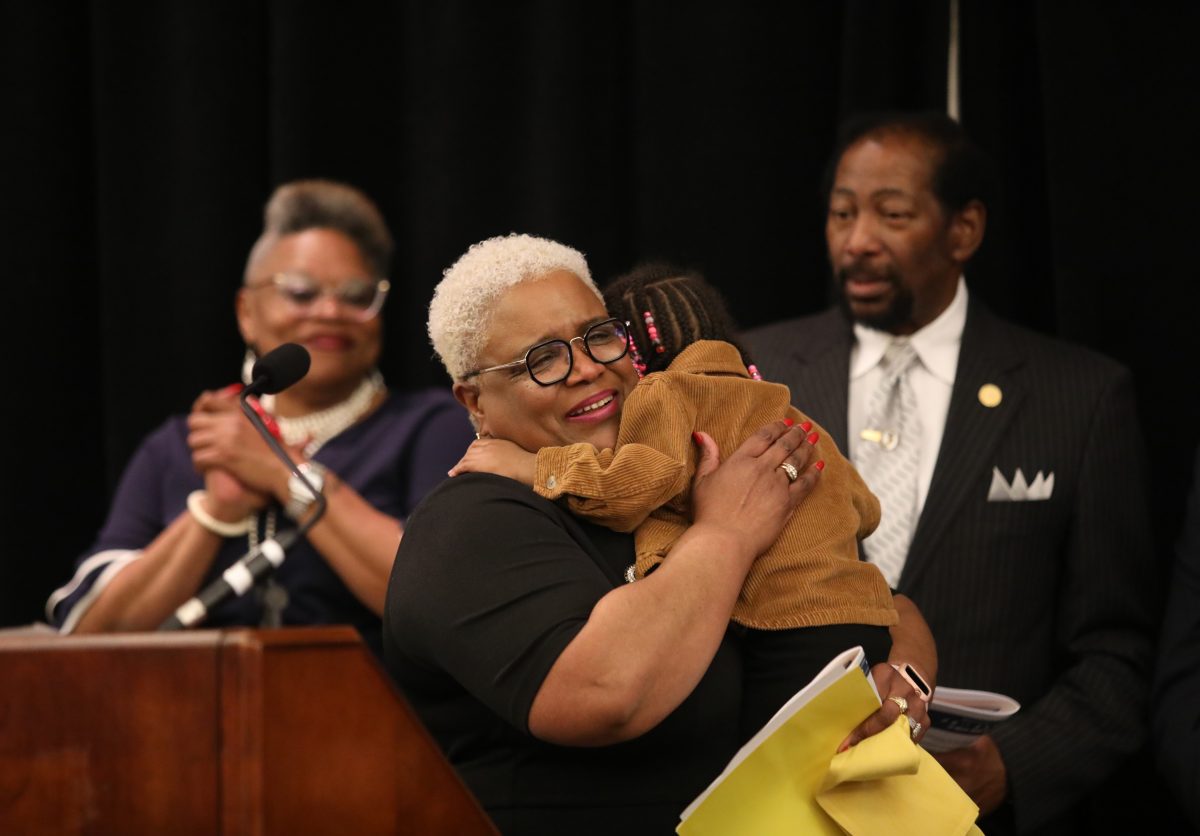 The program included breakfast, music and speakers with messages of unity and acceptance in honor of the late civil rights leader.

Oklahoma County District Judge and Midwest City resident, Anthony Bonner was keynote speaker. He elaborated on this year’s theme of “It Starts with Me – Realizing the Dream.”

He briefly described the “I Have a Dream Speech” which King delivered in Washington, D.C., nearly 100 years after the Emancipation Proclamation. King described the injustices that plagued American society, but was still filled with hope and hopefulness about the future.

“Dr. King described failure of our nation to fully realize justice and equality for all, and he encouraged those there with a dream,” Bonner said. “A dream that today still inspires us all.”

“Take a moment to look across the room and look how inclusive we are with of our differences,” he said. “We are the realization of the dream. And while we still have bouts of injustice and inequality that we face today. It’s imperative that we face the question of how to respond to these challenges of injustice, inequality and the uphill battle we face.”

Despite progress, Bonner said we must continue working every day to further that dream. He urged the crowd to continue to advance the causes of humanity, equality and justice.

Neighujah “Nia” Harmon, a senior at Star Spencer High School, received the Thomas Michael Jahn Scholarship Award. She is involved in athletics and student leadership at her school. The scholarship is dedicated to the former Midwest City Police Chief who was one of the founders of the Prayer Breakfast 26 years ago.

Espaniola Bowen was presented with the Clara Looper Community Service Award. She said she is humbled with gratitude in receiving the honor.

“I am standing here on the shoulders of two great people – mother Clara Luper and Dr. Martin Luther King,” she said. “They were two great leaders and advocates for freedom, justice, unity, diversity and equality.”

The civil rights leaders sowed the seeds of change for future generations. Bowen said she follows Luper’s example of working in the community and life to promote change.

“I have been in Midwest City for 37 years and for 30 of it I have been in the community working,” Bowen said. “A lot of people say that ‘She doesn’t say much, but when she does, she has something to say.’”

Bowen said she will continue to sow the seeds of love and righteousness which will blossom into beautiful things later in life.

“This reminds us to think beyond the present and into the future and how our actions and choices will impact tomorrow and beyond,” she said.

Bowen is a longtime Midwest City resident. She served on the Midwest City City Council from 2018-2022 representing Ward 3. Bowen has been involved in numerous community organizations and boards including the Midwest City Citizen’s Advisory Board, Omni Neighborhood Association, Marcella Guthrie Scholarship Board, The Continuum of Care for the Homeless Board, among others.

The program also included singing of the Black National Anthem, which was led by Minister Kristi Hatcher.

The Del City and Midwest City high school JROTC students presented the colors at the beginning of the event. Terri Angier provided the invocation and Rev. Marshall K. Liggens led the benediction. 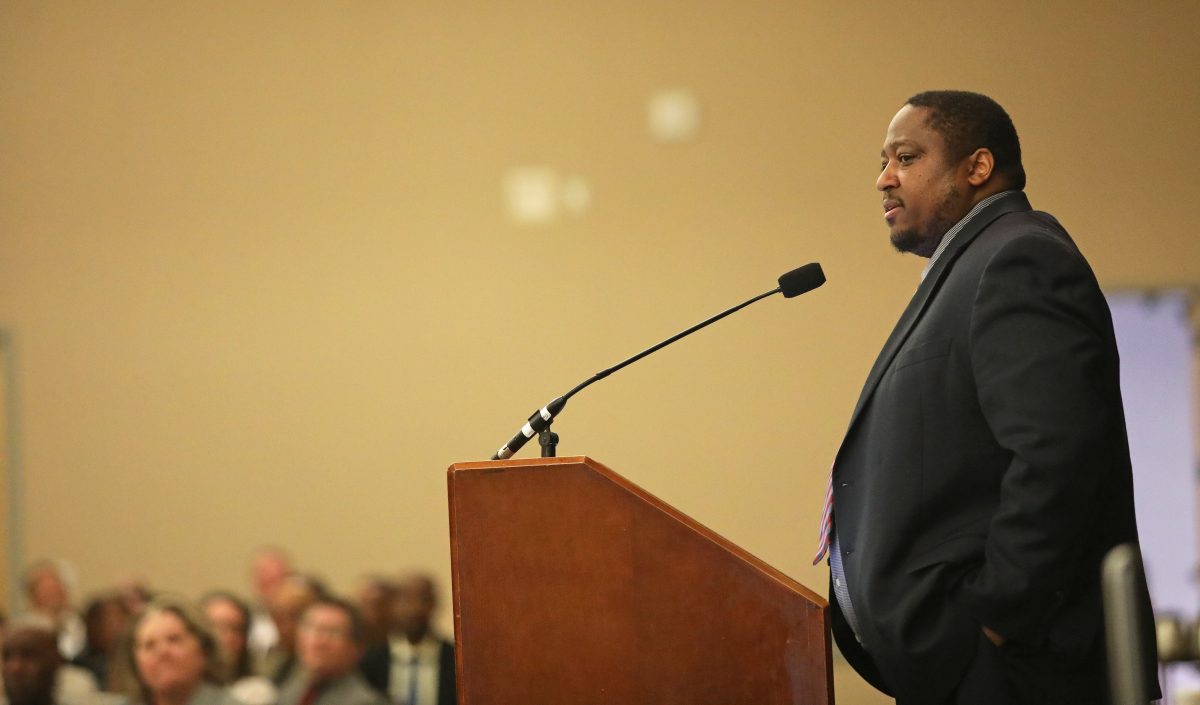 Oklahoma County District Judge Anthony Bonner speaks about progress made since Dr. Martin Luther King ‘I Have a Dream’ speech and the importance of continuing to strive for equality and justice for all people. Bonner was the keynote speaker Monday at the Midwest City Dr. Martin Luther King Jr. Prayer Breakfast. Photo by Jeff Harrison 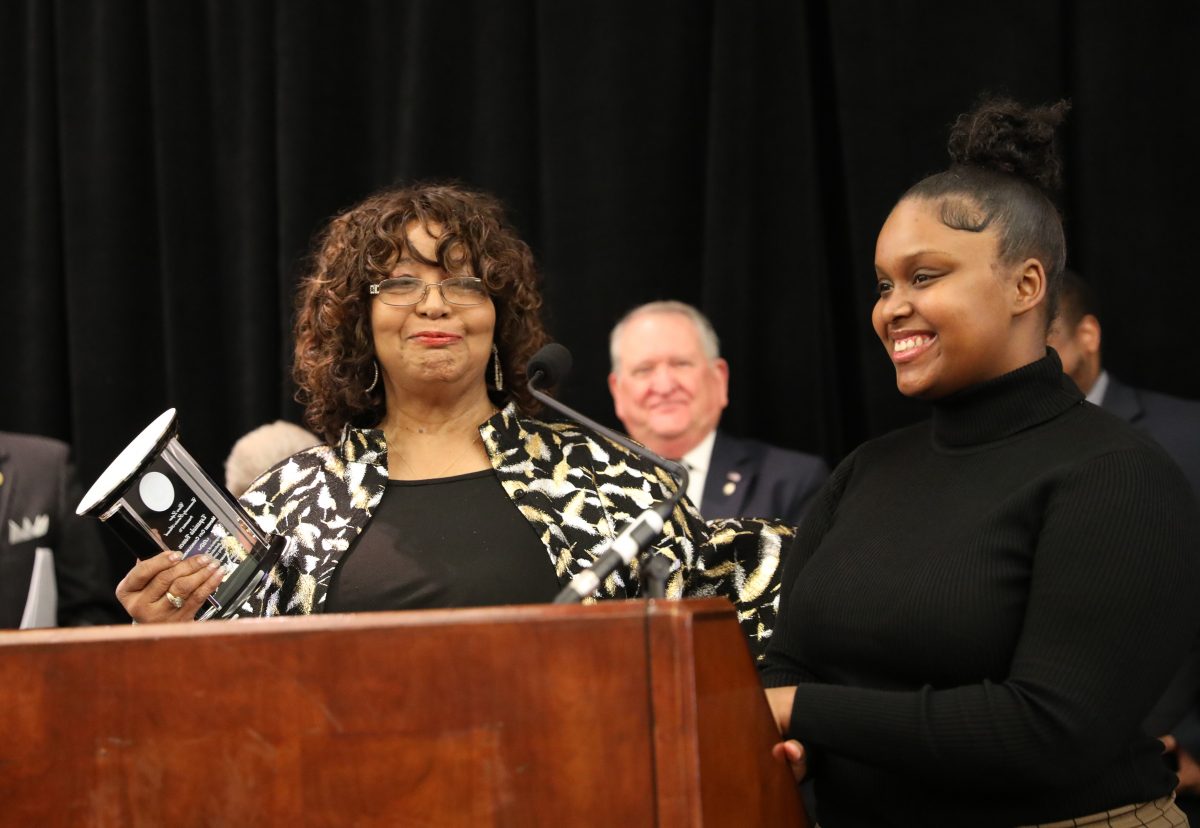