The Tuttle Lady Tigers went 35-1 this season, beating Newcastle 2-0 Wednesday, Oct. 17 in the 4A softball state championship. Despite impressive scores and an impressive season record, the number three was the most pertinent for the team this year.
It was the third year in a row the Lady Tigers have brought the state championship trophy home to Tuttle, but that wasn’t the only reason Tuttle players saluted each other with three fingers all season long.
“They were focused on it being the third one,” Tuttle Head Coach Rebecca Cobb said Monday. “Then, also, there was that reminder of Cade. That was always there this season. My son and Cade were good friends so Cade had been to our house, birthday parties, so not only was I his teacher, but that was one of my son’s buddies. My freshmen were classmates with Cade. There were track girls who were familiar with Cade’s dad, David. Some of the girls were friends with his brother Rhett. So, we had connections throughout the whole family. Them holding up their threes at the end, I don’t know if that was so much representative of their third time winning state. I think it was more of an acknowledgment of Cade.”
The Lady Tigers, in true storybook fashion, were able to vindicate their one loss to Newcastle, a 1-0 nail biter early in August, and they did so in the state tournament championship game.
“It definitely meant a lot to those girls to get that win back,” the coach said. “We talked to the girls and said ‘We have to play our game and as long as we do, it’s going to be in our favor at the end.’ It was definitely an intense game and one that the girls were ready to get their payback on.” After taking over as head coach, Cobb has finished all three seasons leading the Lady Tigers with wins in the state championship game. She contributes her success largely to this year’s graduating seniors, all 12 of them, and her assistant coaches.
“I definitely couldn’t have made it into that position without the group of girls that we had and my assistants that have helped me,” the coach said. “It’s definitely a combined effort to get the state championship. It takes everybody.”
Cobb did say she was particularly proud of this sizable senior class of softball players.
“I never would have guessed that we would make it all season long without any issues when you have 12 different personalities trying to lead the team, but they came together and worked hard together,” Cobb said. “It’s just kind of unheard of to have that many seniors, let alone the way they get along and do such a great job leading the underclassmen. I’m extremely proud of these seniors.”
Cobb said she believes their legacy will live on because of that consideration of younger players.
“We had that conversation with the rest of the team when the seniors were with their parents after the championship, that these girls set a great example for them. The hard work and long hours they put in, that is something that will be there for them to follow. They set great examples that the younger players needed to see.” 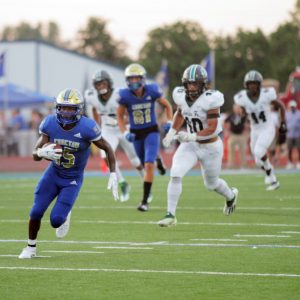 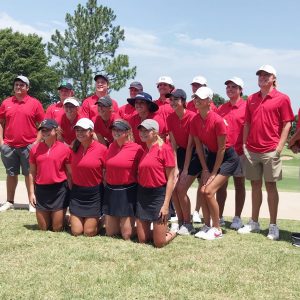 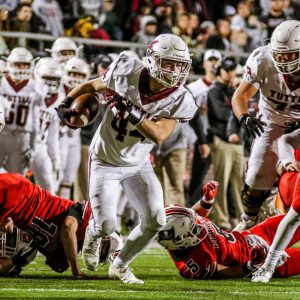 On To Glory: Tuttle makes 4A football finals