New businesses are springing up near SE 15th Street and Sooner Road.

Two buffet restaurants opened within the past week and Andy’s Altitude 1291 entertainment complex is set to open next week.

It is the second location in the metro. 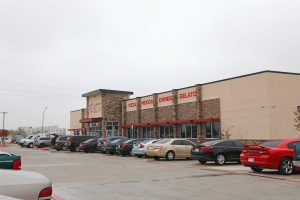 The project had been delayed due to issues with construction and equipment. City officials stopped construction due to changes in the building plans which did not meet city building and fire codes.

Feast will seat about 350 people and Meiji will hold about 160.

Across the street in Del City, Golden Corral surprised people by opening several days early. The popular buffet opened on Tuesday at its new location at 1501 S. Sooner Rd.
The new 10,400 square-foot restaurant features a new design and familiar food options. It will seat more than 418 customers and provide about 150 jobs.
The new restaurant replaces the former location at 617 S. Air Depot in Midwest City.
A ribbon cutting ceremony is scheduled for 10:30 a.m. Monday, Nov. 4. 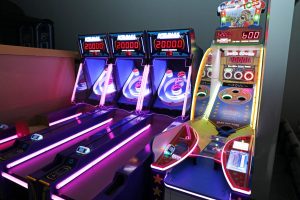 “It’s a lot of hours and time to get it all finished up but it’s fun to see it all come tighter and see all the lights come on,” said Kyle Allison, founder of Andy’s Altitude 1291.

Andy’s will be developed as part of the Sooner Rose Shopping Center. The mixed-use commercial development will include retail, restaurants and the Warren Theatre, which opened in August.
The project is being developed by the Allison family, which own Andy’s Alligator Fun Park and Water Park and a party planning and amusement rental company in Norman. Allison said Andy’s Alligator is more geared towards families, while the new concept, Andy’s Altitude 1291, will appeal to all ages.