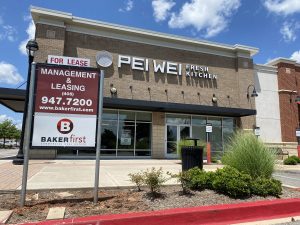 J.C. Penney and Pei Wei both announced they will not reopen following the coronavirus shutdown.

J.C. Penney declared for bankruptcy in May and announced plans to permanently shutter 154 stores across the country, including Midwest City. Stores in McAlester, Muskogee, Shawnee, and Tulsa are also on the list of closures.

Robert Coleman, economic development director for Midwest City, said he was surprised and saddened by the closures.

“I don’t know where this store ranked in performance versus others, but I can tell you more than one manager has told me that this store was doing well, so it’s very puzzling that it was included in these closures,” Coleman said.

In 2007, J.C. Penney opened the 89,000-square-foot store at 7271 SE 29th Street. The property was remodeled in 2013, according to county records.
J.C. Penney rents the building from Collett.  The Midwest City Economic Development Authority leases the land for much of the Town Center, including J.C. Penney.

“It will not be easy to rent a building this size,” Coleman said. “It usually takes about 12 to 18 months to fill an average sized retail space. And they may have to divide this into two or three different suites.” 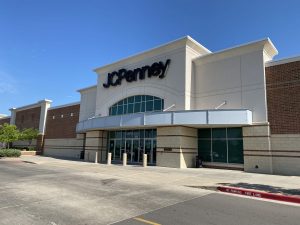 J.C. Penney announced it is closing 154 stores across the country including in Midwest City. (Photo by Jeff Harrison)

“I’m not sure why they closed but other Pei Wei locations are doing carryout only, which can be quite a predicament for restaurants,” Coleman said. “This is a great location but I think it will be tough to fill this space.”

The property has been listed by Baker First Commercial Real Estate in Oklahoma City.