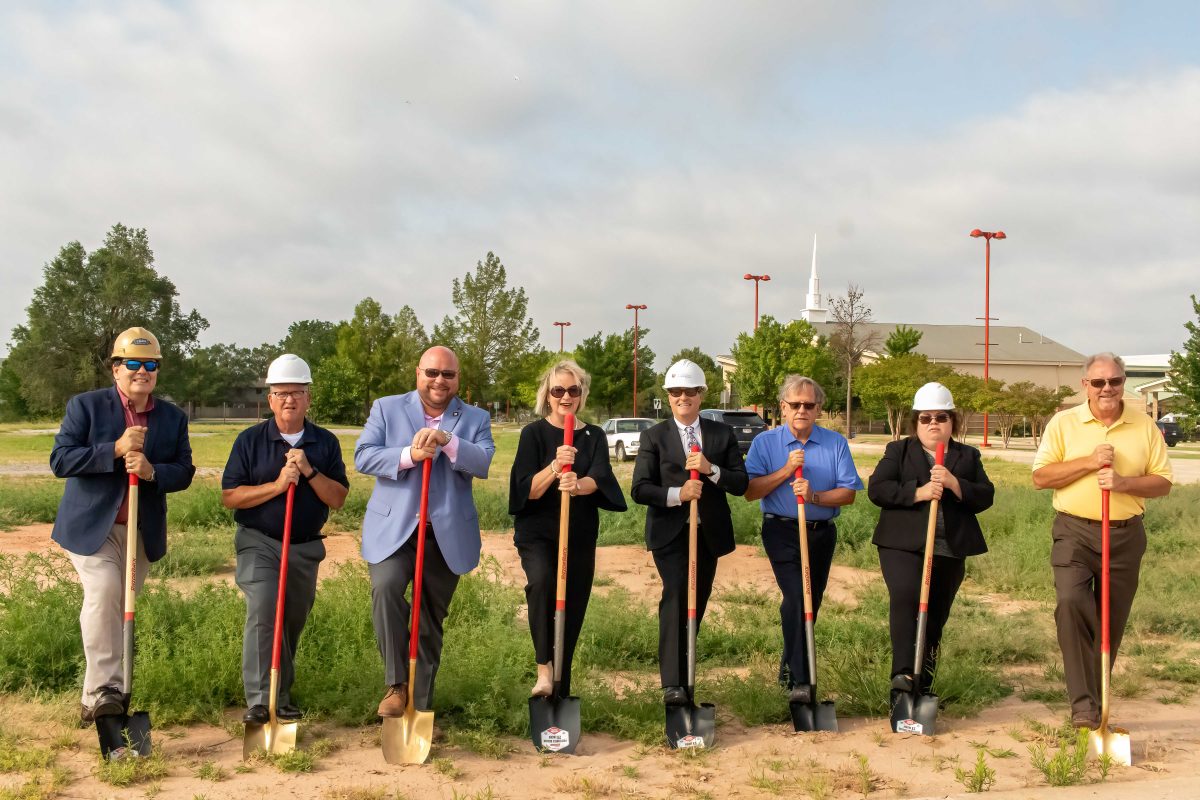 Developers and city leaders recently broke ground on Center Marketplace, a multi-tenant shopping center at the southeast corner of SE 14th Street and Warren Drive, across the street from the Sooner Shopping Center.

The project is being developed by Accelerated Development Services in partnership with California Gold Development Corp. When complete, Center Marketplace will have about 14,000-square-feet of commercial space as well as separate out-parcel buildings along SE 15th Street.

There are currently four retail tenants signed in the project with just a few spaces remaining.  Pearle Vision, Nashbird, The Baked Bear, and Smoothie King are planned to open locations there.

“This development opportunity was brought to us by our Oklahoma broker partner, Dean Ingram with Sooner Investment Real Estate,” said Trey Eakin, Executive Vice President of Accelerated Development Services. “Dean was instrumental in finding Pearle Vision, Nashbird, The Baked Bear, and Smoothie King as our first signed tenants in the project.  We continue to have significant tenant interest and expect to have more new tenant announcements in the near future.”

Center Marketplace is an upscale retail project designed in a 1960’s retro midcentury modern motif.  Everything from the building façade and signage will reflect this theme. The nature of the building design will create a cool atmosphere for shoppers and tenants alike making Center Marketplace the place to be in Midwest City.