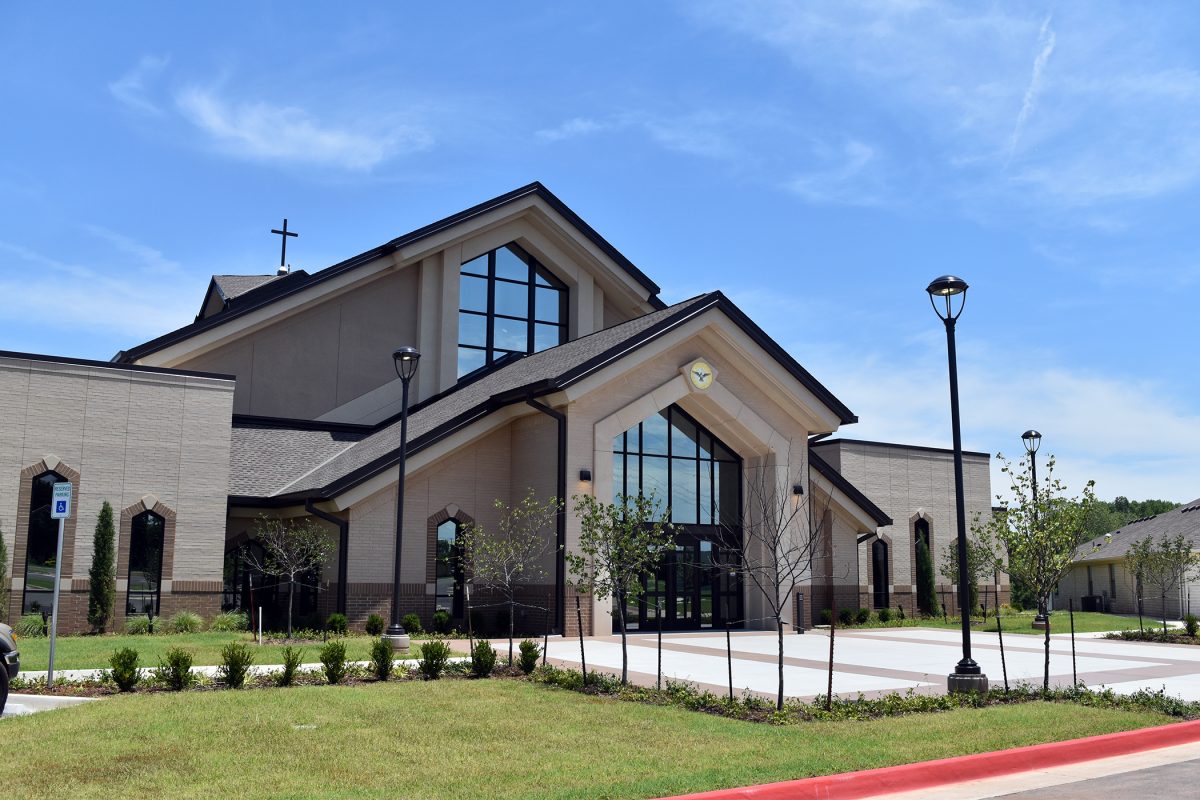 They prayed and sacrificed, donated and persevered – and the end result is a sanctuary that embodies all that Mustang’s Holy Spirit Catholic Church represents to those who worship there, they say.

It was a sanctuary they waited more than three decades for – a new building that dwarfs the adjacent facility that long was the site of everything from Mass and confession to weddings, baptisms and funerals. In its place now is an $8 million sanctuary that became the spiritual home to a congregation that above all was patient, Father Joseph Jacobi said.

“There were always plans all along to build a bigger building all along – it was something people held onto, something that helped them believe the new building would become a reality,” Jacobi said.

They held on for a long time. After using several temporary locations, Holy Spirit in 1985 found the site it would call home on North Sara Road; the rectory and parish center were set up and in November 1988 facilities were fully constructed. They were never meant to be a long term fix, however, Jacobi said, but time and circumstances intervened. 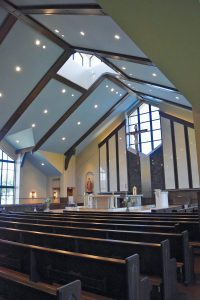 For many parishioners, the fire that lit the flame that would become the new sanctuary was Father Jakobi himself. While in 2001 Holy Spirit purchased an additional 4.5-acre parcel adjacent to the historic rectory and parish center, funds always seemed to be lacking. In January 2014, a new pastor – the church’s fourth – would mark some significant changes for the Mustang church and those who loved it.

Work on the site for the new rectory began in 2018, with significant updates happening through 2019. In addition to the building itself improvements and expansions to the church parking lot were undertaken; the original building still is utilized and holds the church office, as well as being the location where Jakobi takes confession each Saturday.

While the coronavirus pandemic caused an upheaval for all churches, including Holy Spirit, it has also been an opportunity of sorts, Jakobi said. Daily readings and worship aids have become popular on Holy Spirit’s website, as has the opportunity to participate in Mass via a streaming service available on that site, via YouTube and Facebook live. 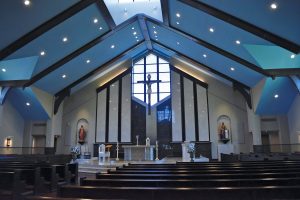 Despite the larger accommodations, concerns related to COVID-19 continue to pose concerns for church officials, who mark approved seating to ensure social distancing during services; July 9 Archbishop Paul Coakley extended those efforts even further when he issued a letter to the faithful, requiring masks effective July 11 for anyone taking part in or attending any public Mass, parish event or activity until further notice.

In addition to spearheading efforts that finally resulted in the construction of the new Holy Spirit sanctuary, Jakobi is credited with finding ways to increase the number of people who call the Mustang church their spiritual home. He shortly after arriving in 2014 incorporated masses in Spanish. It was something natural to a pastor who grew to love Spanish during two months in Monterrey, Mexico, in 1989 and an action embraced by both those who speak that language and who don’t, parishioners said.

“That’s something about Holy Spirit I really liked from the start – everyone is very friendly, they welcomed everyone, and both the English and Spanish speaking parishioners know this is their spiritual home,” Jacobi said. “There is a harmony.”

More information about Holy Spirit, including links to streaming services and other resources, is available on the church website located at https://holyspiritmustang.org/ or found on Facebookby searching for “Holy Spirit Catholic Church, Mustang, Oklahoma.” Holy Spirit is located at 1100 N. Sara Road and can also be reached by calling 405-376-9435.