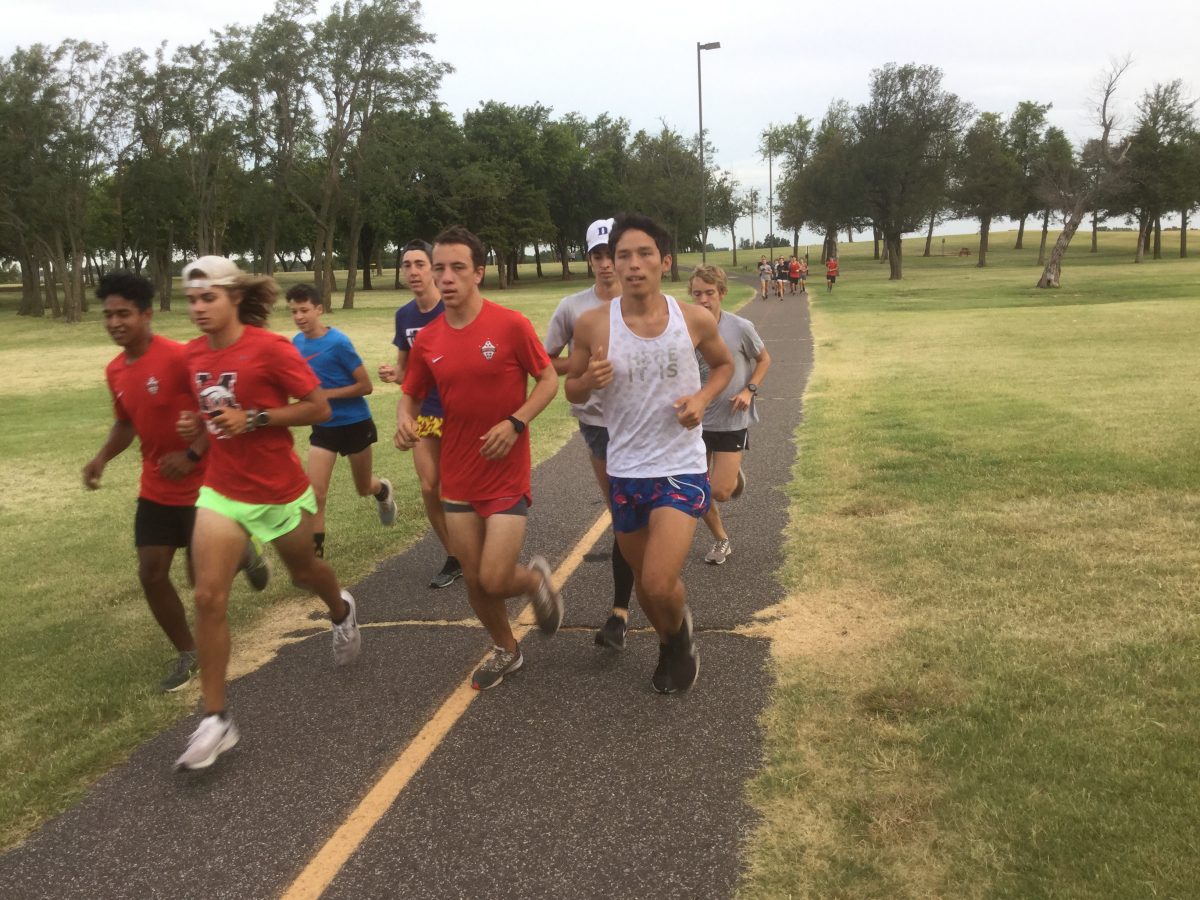 “A little bit is better than nada, but sometimes you want the whole enchilada” – The Texas Tornadoes

The Mustang girls’ and boys’ cross-country teams share an uncommon bond this year as the 2020 fall season approaches. Last year both programs finished the season with a bitter pill, placing 4th in the state, which is one place shy of stepping up on the podium and receiving medals in front of a cheering crowd. The 4th place finisher receives a big donut. Both of the teams have the attitude that 4th place is the equivalent of last place.

“The boys and the girls have the same theme this year – they’re in podium training,” said girls’ head coach Greg Osborne.

The girls’ team was very young last year, only graduating one senior. Amazingly, this year’s top seven will most likely include only two seniors. That bodes well for the present and for the future of this team. That future rides on the shoulders of an amazing past. If the Lady Broncos qualify for state this year, that will mark the Lady Broncos’ 25th consecutive state qualifying team. Think about that for a second. 25 years. A quarter century!

Osborne says the team goals are quite clear this year. “Every year our first goal is to qualify for state,” said Osborne. “Then, we always want to be better than we were last year. Next, we want towalk up the steps of that podium.” 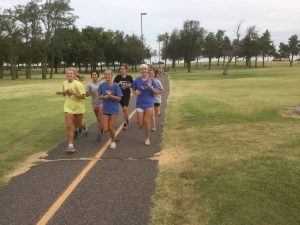 The boys’ team’s mission is almost identical to the girls, but the makeup of the team couldn’t be more different. The team is senior-laden, and most of the varsity will be made up of upperclassmen.  The squad is led by Gabe Simonsen, the two-time defending individual state champion looking for a three-peat. Pushing Simonsen hard are five other seniors who are all excellent runners in their own right.  Brendan ‘Fluffy’ Robeaux, Kyle Bussell, Colton Cable, Jose Sardina, and Parker Arnold. The six traveled to New Mexico earlier in the summer to train in high altitude for two weeks, each one logging 80-100 miles in the thin air.

Boys’ head coach Mike McGarry knows this team is close to breaking into podium territory, and he is really rooting for this group of seniors. “This is a special group,” said McGarry. “I feel good about our chances to make it to the podium this year. It’s an absolute 100% possibility that we’ll get to the podium, the only question is how many rungs up the ladder we’ll go.”

Simonsen is even more confident than his coach.

“This is the strongest Mustang has ever looked as a team,” said the senior leader. “This is the first time since I’ve been here that we’ve all trained together all summer. We’ve been meeting six days a week at 6:00 A.M. We’re looking forward to a state championship. And personally, I’m hoping to break the state course record. And three-peat, of course.”

Keep an eye on both cross-country teams this year, and we’ll see if that ‘podium training’ puts them over the top.