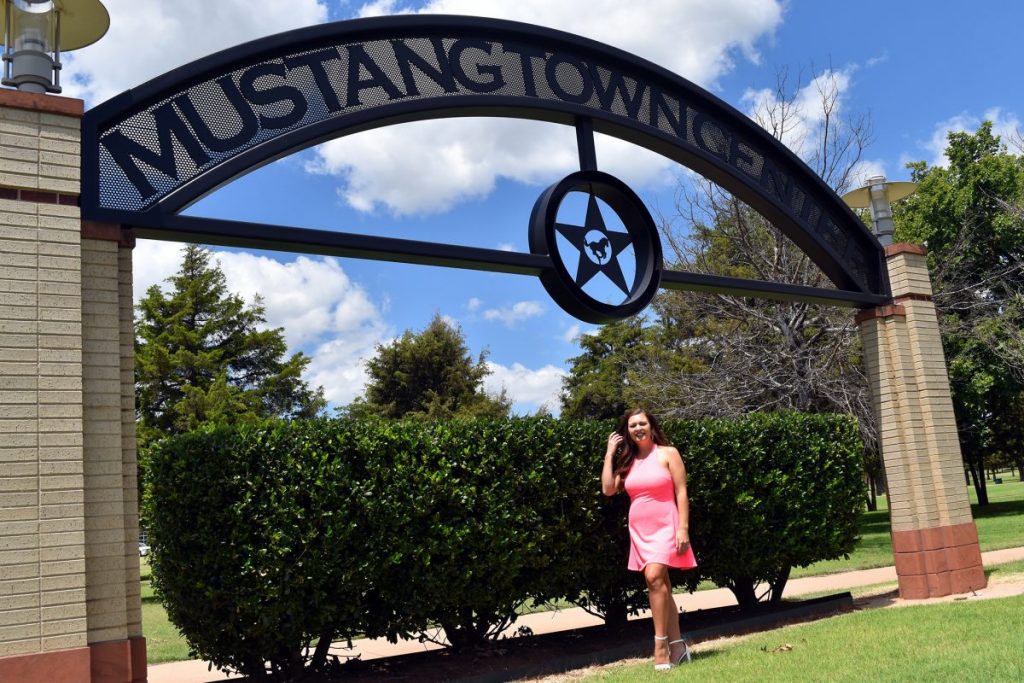 Mustang’s Candice Faerber in August will compete in the Mrs. Oklahoma pageant. (Photo by Traci Chapman)

If you take a look at Candice Faerber’s teacher page at Moore Public School District’s Red Oak Elementary, it gives you a glimpse into who she is and how she wants the world to be.

“Nothing is impossible – the word itself says, ‘I’m possible.’” Faerber says on that webpage.

The special education teacher decided to take that saying to heart – and while Faerber always knew she wanted to be an educator, there was another experience she was long interested in. That experience is set to come to life in August, as Faerber participates in the Mrs. Oklahoma pageant.

It’s the first pageant she ever entered, Faerber said. 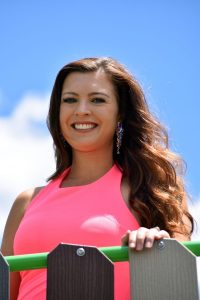 Mustang’s Candice Faerber in August will compete in the Mrs. Oklahoma pageant. (Photo by Traci Chapman)

“One night last summer I started to wonder if there was a pageant for married women – I had always dreamed of entering a pageant since I was a young girl, but all my time was consumed by the various sports I played,” she said. “When I found Mrs. Oklahoma it was a ‘now or never’ moment for me, and I would regret it if I didn’t take the chance.”
With about two weeks until the actual pageant, preparations alone have helped the teacher become a student herself in some ways, as she’s learned some things – about herself. Faerber raised registration fees on her own through fundraising and entered a different world as she prepared for the pageant, she said.

“This journey has taught me how resilient and driven I am,” Faerber said.

That resilience always was an important factor in her life. The daughter of two teachers – Randy and Monica Trail are educators at Mustang Horizon Intermediate Center – Faerber was inspired by her parents and their dedication to and love for their students, she said.

“Looking back, there isn’t a time in my life where I wondered what I wanted to be when I grew up,” she said. “Having parents as teachers meant the love for learning was instilled in me from a young age.”

Just like Faerber always knew she was meant to be a special education teacher, so too she knew the driving force behind her profession should dictate her pageant platform. “See the Ability,” after all, was exactly how she looked at her life and career and what she wanted for her students, Faerber said.

“The goal is for the world to see someone’s capability rather than their disability – one issue I plan to continue to promote is finding workplaces for adults with disabilities,” she said. “It is important after high school that they can contribute to society as any other individual would – as a special education teacher I have learned that when someone believes in you, anything is possible.”

“See the Ability” has introduced Faerber to a larger world, as she volunteered and promoted several organizations benefitting both children and adults with disabilities, she said. It’s also helped cement her love for teaching and reminded her – at a time when the world has been upended by COVID-19 and how it has, and could in the future, impact both students and teachers.

“As I go into my fourth year of teaching, so many things are uncertain right now,” Faerber said. “However, even with the current situation I would not want to be doing anything else.”

A 2013 Mustang High School graduate, Faerber is married to Keithen Faerber. Designated as Mrs. Greater Oklahoma City, she is one of 10 Mrs. Oklahoma 2020 contestants hoping to follow in the footsteps of another Canadian County resident, Mrs. Oklahoma 2019 Samantha Vu of Piedmont.

Mrs. Oklahoma pageant winners go on to the Mrs. America pageant; the winner of the national event moves forward to Mrs. World. Mrs. America began in 1938, created to recognize married women across the United States. Discontinued in 1968, the pageant was revived in 1977, operating continuously since that time, pageant officials said.

This year’s Mrs. Oklahoma pageant is set for Aug. 14-15 in Corsicana, Texas. Faerber said an event usually attended by hundreds of people this year would look much different due to ongoing COVID-19 issues. Contestants may only invite five people; the pageant would be available through a streaming service and visible by purchasing tickets through the pageant website at https://mrsmiss-texas-2019-pageant.ticketleap.com/2020-texas–oklahoma-state-finals/.