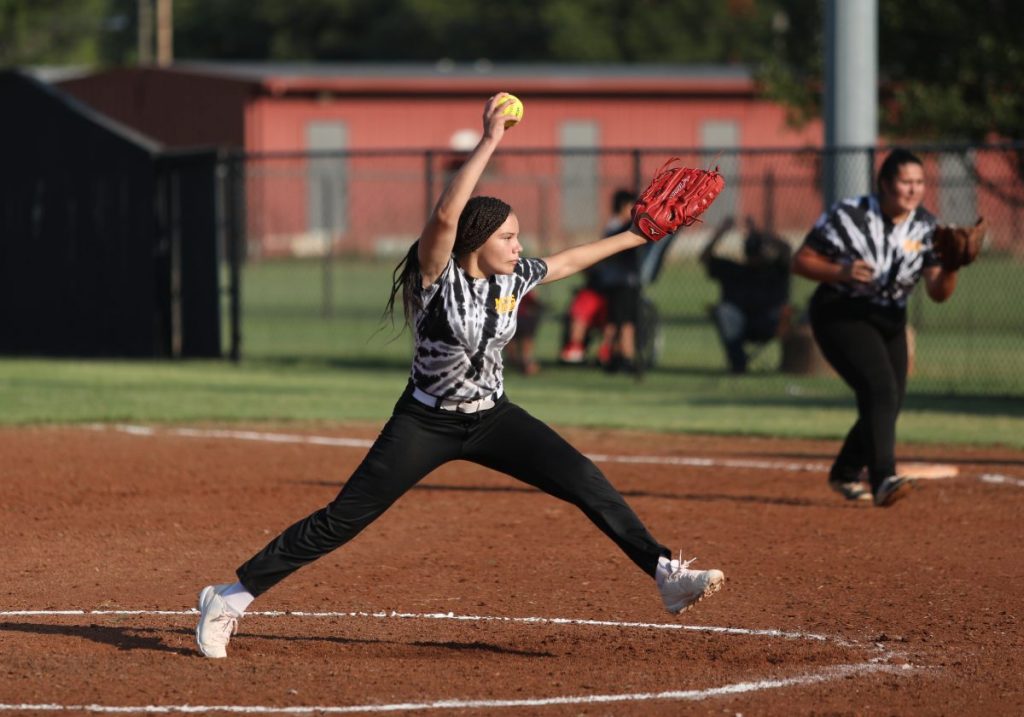 The softball season is here for all three Mid-Del high schools.

Carl Albert kicked off their season Tuesday at home against Del City. The Lady Titans will return to action Monday when they host Duncan.

Del City opened the year against Woodward and Carl Albert. They are scheduled to play in the El Reno Tournament Thursday, Friday and Saturday.

Midwest City faced Putnam City West and Southmoore earlier this week and will travel to Yukon on Thursday and participate in the Broken Arrow Tournament on Friday and Saturday.

The Carl Albert girls lost some key players to graduation, but coach Colin White says expectations will remain high for his team.

“Coming into the season, I didn’t know what we had but thought we’d have a good chance to make the state tournament,” White said. “After a couple weeks of practices and scrimmages, there is no doubt we’ll be back in the state tournament, and there’s a chance we could win another one depending on how good others are.”

The Lady Titans return three players in the infield with Abbey Rogers, who is moving from second base to catcher, and Bryce Atkins, who will likely slide over from shortstop to third base. Ragan Kelly was a starter last year until missing regionals and state with a broken finger. She will take over for Rogers at second base.

Freshman Ausha Moore has impressed coaches this year and should start at shortstop.

Their entire outfield is back with Nia Long, Aerin Talley and Alexis Williams. Talley and Williams both hit over .500 for the Lady Titans last year.

Marissa Frolich and Jocelyn Harjo will handle pitching duties. They both saw some varsity action last year when Hannah Williams missed the early part of the season will illness. The two will also likely start at first base when they are not pitching.  Taylor Charron will also play first base after a promising effort in the team’s scrimmages. 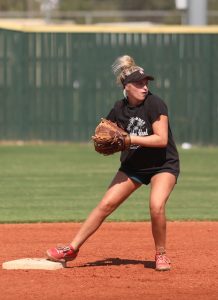 “We have a good young group coming up and I think we can threaten some people this year,” he said. “I’ve been pretty happy with the talent we have. It just matters when we get into games.”

The Lady Eagles return their entire starting lineup from last year. Some of their top returning starters include Emily Scrimshire who was the all-district catcher last year.

“She is one of the best catchers that I’ve ever coached,” Griffin said. “She blocks well, receives well, knows how to stick and frame and has an excellent arm.”

Sarah Fowler returns in the circle after earning second-team honors at pitcher and is one of the team’s top hitters. Taylor Mesna is also a returning starter at shortstop and will likely hit leadoff.

Other returners include Shayley Harpole, who started at center field last year, and Lauryn Ellis at first base, and Dominic Roberts in right field. Tiffany Standifer started at second base last year and is competing with Rayna Nash for the spot.

Freshman Jewelisah Johnson should have an immediate impact for the team. She has a big bat and can play multiple positions including pitcher.

“She hits 4 or 5 out of here every single day,” Griffin said.

The girls agreed with Griffin’s optimism.

“I think this is the best team that we’ve had since I’ve been here,” Mesna said.

Scrimshire said the team is looking better on and off the field.

“We’re getting along a lot better and have more communication,” Scrimshire said.

Midwest City returns a handful of starters from last season and will look for young players to fill in.

“We’re a young team and not a lot of them play summer ball so they don’t have a lot of playing time,” said coach Amber Gorman. “They’re a great group of kids and they’re here about every day in the summer working hard.”

Alexis Begin and Sophia Worthy will handle pitching duties for the Lady Bombers. Begin went 4-9 last year with a 4.47 ERA and Worthy was 0-2 with a 5.25 ERA.

Maliyah Patton will return at shortstop after hitting .378 last year as a junior. At first base, Makiah Thompson is the team’s top power hitter. She drove in 26 runs last year and led the team with a .392 batting average.

Midwest City will have at least a pair of freshmen starters with Ryen Gaddis at center field or shortstop and Karissa Payne at third base and pitcher.

Gorman said they will rely on their team speed to pressure teams on the base path.

“We have some really quick girls and we’ll use that speed to make things happen,” she said.