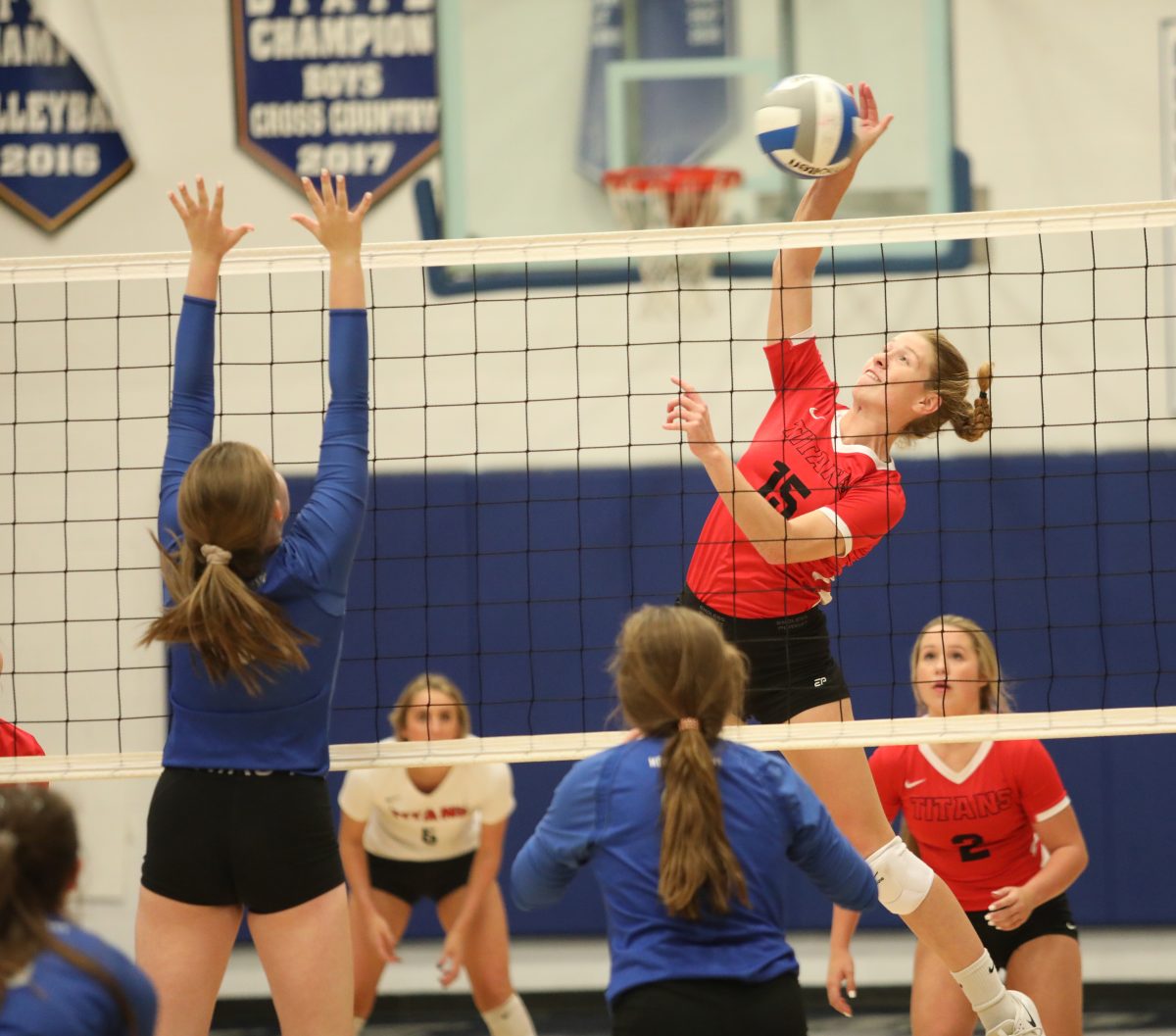 Carl Albert’s Holly Ford tries to spike the ball during a game at Mount St. Mary on Aug. 27. (Photo by Jeff Harrison)

OKLAHOMA CITY – On paper, Carl Albert’s game against Mount St. Mary was a clash between the top two teams in Class 5A. 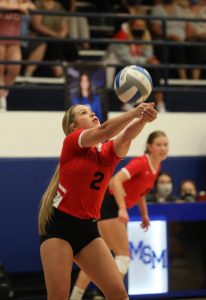 Carl Albert’s Karsyn Smith sets the ball during a game at Mount St. Mary on Aug. 27. (Photo by Jeff Harrison)

On the court, that is exactly how it played out last Thursday night.

The No. 2-ranked Lady Titans pushed top-ranked St. Mary to the brink but couldn’t pull out the win. After splitting the first four sets, the Rockets scored the final five points for the 15-9 win in the fifth-set tiebreaker.

Carl Albert coach Hayden Robbins was disappointed in the loss but pleased with her team’s tenacity and effort.

“We practiced yesterday, and the girls were pumped up all practice. They knew what they had to do today and that was the most competitive I’ve seen them play all season. I’m really proud of how they worked,” Robbins said after the game.

“Our goal this game was to shut out their outside hitters and we did defend well against them, but they were still too much,” Robbins said.

St. Mary cruised in the opening set 25-15. Carl Albert bounced back to even the score in the second. The Lady Titans trailed 24-23 but scored three straight for the win. Madison Stuart scored back-to-back points and Boyer served up an ace for the 26-24 win.

Carl Albert played from behind for much of the third. Zella Heater scored consecutive points to cut the deficit to 23-19, but St. Mary finished out the win 25-20.

The Lady Titans again came back in the fourth. Riley O’Dell clinched the 25-21 win with a block.

Carl Albert kept things close for much of the tiebreaker. St. Mary closed out the win on a 7-2 run.

The Lady Titans traveled to El Reno Monday, after press time, and will face Lawton MacArthur on Thursday.