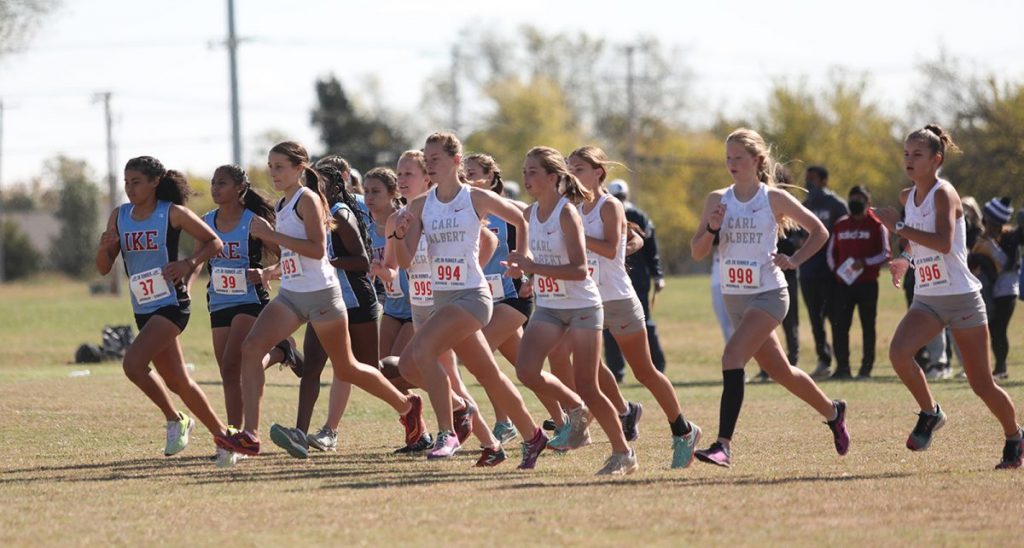 The Carl Albert girls take off from the starting line at the regional meet last weekend. (Photo by Jeff Harrison)

Cross country runners from Eastern Oklahoma County schools raced through regional qualifying meets last Saturday to qualify for the OSSAA State Championships. The state meet was originally scheduled for Saturday but was postponed until Wednesday due damage to storm damage at the Edmond Santa Fe course.

To qualify for the State meet, the top 7 teams in each class plus the next 7 runners whose team did not qualify advance to the State competition. 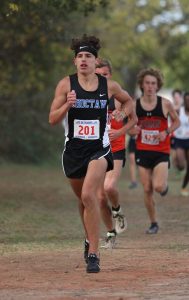 Both boys and girls squads from Choctaw and Carl Albert qualified for State and the Harrah girls also nabbed a spot in the championship. In addition, there were several who made it individuals entries.

“We were trying to get in there and knock off Piedmont but couldn’t quite get there,” said Carl Albert coach Bill Case. “Our top four girls were right in there and we just need to get our fifth runner up there too.”

“I am so proud of our boys,” Case said. “We were ranked No. 11 in this regional and those other teams had already beaten us this year. I told our guys they needed to run the best race they have all year. And Junior (Allen) and Will (Plouff) stepped up. If you can get two kids in the top 20 like them, it makes a huge difference.”

The Carl Albert boys have qualified for state all 10 years that Case has been coaching. 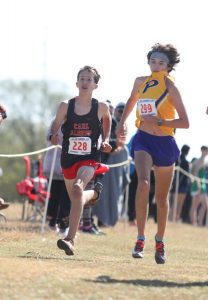 “I’ve never had a group of boys not make it to state and this was the year we were a little nervous,” Case said.

HARRAH GIRLS. Senior Katie Klimkowski continued her parade of medal-winning performances as she claimed a berth at State with a No. 13 finish for the seventh-place Lady Panthers in a time of 13:04.4.

The Lady Eagles were represented by Amayah Hudson.

MIDWEST CITY: Darryn Jefferson led the Bombers with a time of 19:00.40 for the No. 68 spot. He was joined by Landon Parker and Uriel Perez.

The Lady Bombers were represented by Sanai West, Mariah Thompson and Addison Cothren.