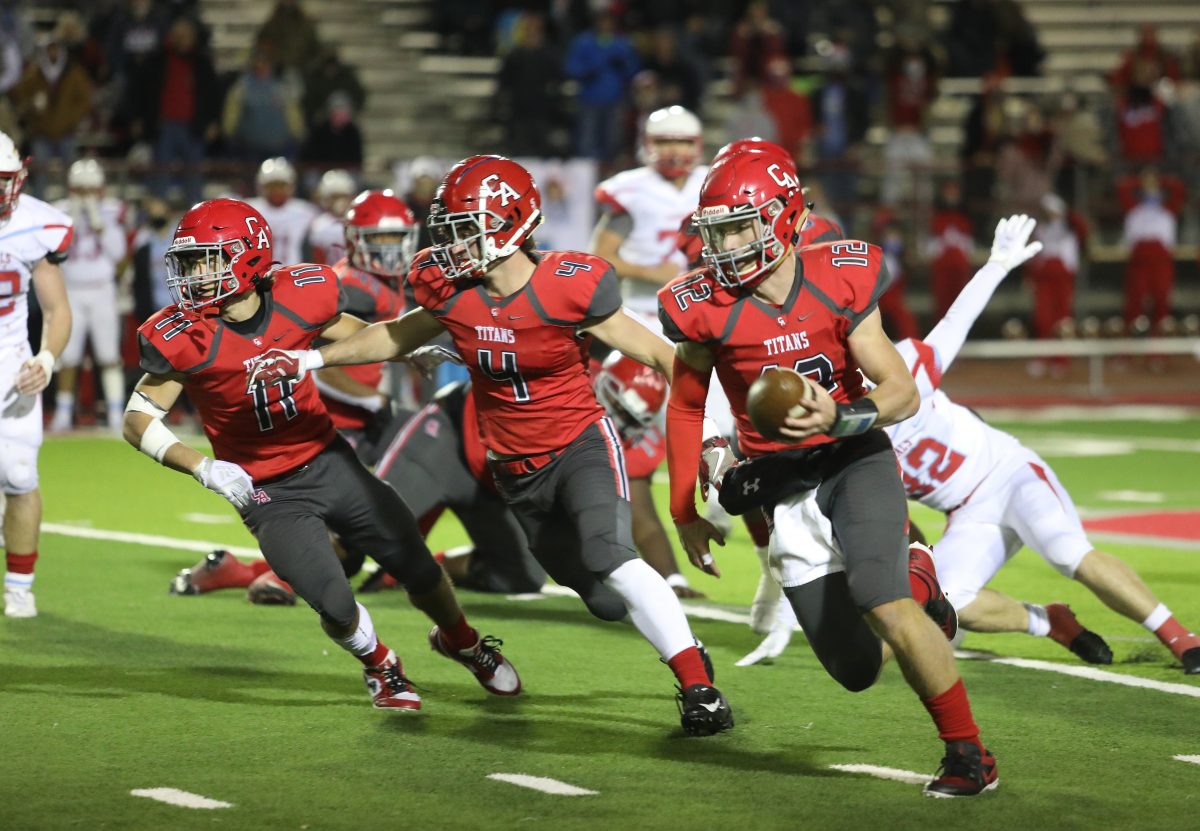 Another state championship season was followed by a host of individual honors for the Carl Albert football team.

The Titans were well represented in the all-District 5A-2 awards that were recently announced.

Six players earned player of the year honors and several others were named to the first and second teams.

Quarterback Ben Harris was voted Most Valuable Player after leading the Titans to their fifth straight state championship. Harris threw for 2,215 yards and 22 touchdowns and rushed for 571 yards and 5 scores.

Nathan Mooney was named the Defensive Player of the Year. The senior linebacker led the team with 117 tackles along with 4 sacks and an interception.

Wisdom Combs and Noah Dodson along with John Lopez of Bishop McGuinness were named Offensive Linemen of the Year.

Houston Russell was named the Special Teams Player of the Year, and Cobe Crews and Guthrie’s Kaiden Ballard-Stevenson shared the Ironman Players of the Year.

Bishop McGuinness quarterback Luke Tarman was named the Offensive Player of the Year.

Carl Albert won the district championship with a perfect 5-0 record against district schools. Games against Western Heights and Guthrie were canceled due to COVID-19.

Coaches from the district schools voted on the awards.