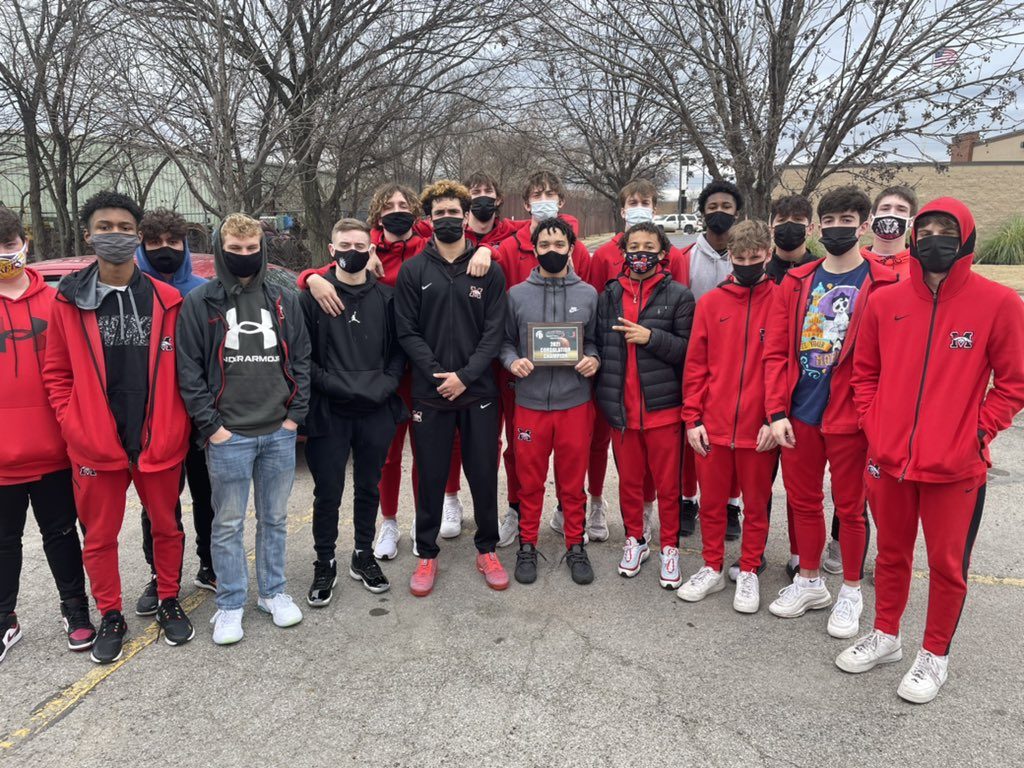 The Mustang boys’ team won back-to-back contests to claim the consolation title at the Jenks-Union Invitational.

“Overall, it was a really positive weekend for us,” Mustang coach Scott Hodges said. “To get two wins in that tournament was really big for us.”

After losing its first-round game to No. 14 Edmond Santa Fe on Thursday, No. 15 Mustang (9-5) won its second-round game against Hoops for Christ, a home-school team from Oklahoma City, 71-55 and its consolation game against Trinity Christian, a parochial school from Cedar Hill, Texas, 81-73.

Mustang led Trinity 29-20 after the first half of play, including four 3-pointers from junior guard Ethan Scott.

“Honestly, we went into halftime thinking we should have been leading by more,” Hodges said. “We missed some easy layups, we missed some free throws.”

The Broncos ended the third quarter with a 15-point cushion, although Trinity refused to go down without a fight.

“We held them to 40 points through three quarters,” Hodges said, “and then they went off and scored 33 in the fourth quarter.”

Hodges credited the performance of sophomore guard-forward Jacobe Johnson, who tallied 26 points, including 17 in the second half, as being crucial for the Broncos to hold on for the win.

“[Johnson] made some good shots in transition and some big free-throws late,” Hodges said.

Scott paired with Johnson to score a combined 60 points against Trinity.

“It gives us a really good chance when we put up those kind of numbers,” Scott said.

Scott earned All-Tournament honors following performances of 30 and 34 points, respectively, in the Broncos’ wins against HFC and Trinity.

Mustang played close against Santa Fe on Thursday, although the Broncos could not quite pull out the win.

“We had two opportunities to tie it in the last minutes against Santa Fe and missed two layups,” Hodges said, “so that was a tough loss because we played really hard on defense.”

The Broncos bested HFC the following night after leading for most of the game.

Mustang will close the season with five COAC matches, including back-to-back games on Friday and Saturday against Moore and Yukon, respectively.

“It’s gonna be five tough games, and so it’s kind of one of those things where you look at them as must-win games for your playoff future,” Hodges said. “We’re excited about it, man, it’s a fun time of year.”

The Broncos are set to tip-off against Moore (10-4) at home Friday evening at 7 p.m.