Most nights, Midwest City boys coach Corky McMullen believes he has the best player on the floor in guard Israel “Izzy” Hart. 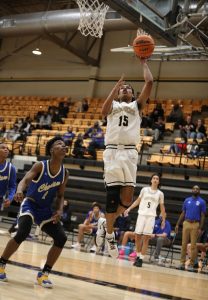 Gurley scored a game-high 28 points and helped fend off a Bomber rally late for a 63-62 win at J.E. Sutton Fieldhouse. He scored nine points in the fourth including a pair of free throws to seal the victory.

“Izzy was great tonight, but L.J. was just really good for them,” McMullen said. “He kept them under control. We tried to take him away, but he still found ways to make guys better.”

Choctaw led by as many as nine points late in the game. Sean Franklin scored on back-to-back offensive rebounds for a 58-49 lead with 3:05 to play.

The Bombers snapped into gear with seven straight points. Kwali Sampleton hit a 3-pointer and Makale Smith and Hart both scored to make it a 58-56 score with 48 seconds left.

The score stayed tight. Franklin scored a conventional three-point play, as he drove from the perimeter and was fouled. But on the other end, Ethan Ganaway drove baseline and kicked to Sampleton for a 3-pointer in the corner, making it a 61-59 score with 13 seconds left.

Gurley was quickly fouled on the inbounds and sank two free throws to ice the victory. Hart hit a running 3-pointer at the buzzer to make it a 63-62 final.

Midwest City started out strong and led 26-24 at halftime.

They continued to cruise in the third quarter, as they led by as many as 15 points. DeAngelo Irvin Jr. hit a 3-pointer midway through the quarter for a 39-24 lead.

Choctaw closed out the quarter on a 17-4 run to make it a one-possession game heading to the fourth.

“I thought we did a really good on the glass in the first half, and in the second half that’s what kind of got them [Choctaw] going,” McMullen said.

Hart led the Bombers with 21 points, and Sampleton finished with 15 points including three 3-pointers.

Choctaw had three players in double figures scoring. Gurley led with 28 followed by James Smith with 15 and Raul Nunez with 11. Franklin finished with 9 points, including 7 in the fourth.

The Bombers and Jackets will meet again on Friday night at Choctaw High School. 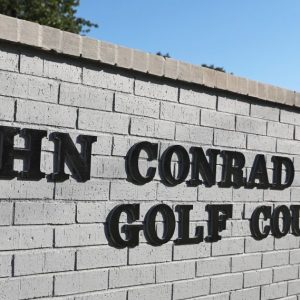