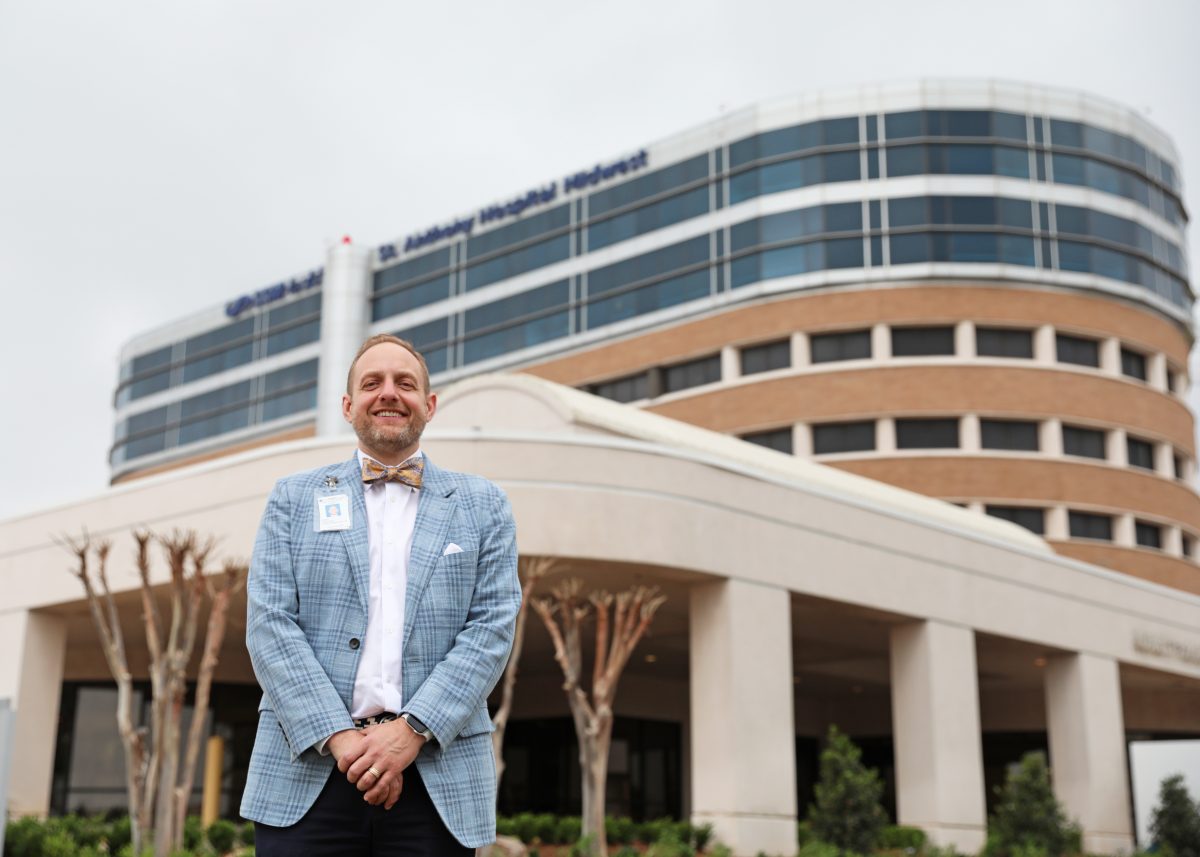 Change is in the air at Midwest City’s hospital.

SSM Health took over operations of the hospital formerly known as AllianceHealth Midwest at the beginning of the month and have swiftly gotten to work.
New signage went up on day one and construction crews have been busy remodeling the main lobby and other parts of the building.The hospital is also upgrading its ambulance service.

“We really wanted the facility to have a facelift. We are big believers in inviting and therapeutic places,” said SSM Health St. Anthony Hospital President Dr. Kevin Lewis. “Part of healing is the space that you are in. So we’ll see sizable investments in both external and internal facility improvements that the public will see.”

SSM Health is also partnering with the City of Midwest City to reinvest and redevelop the surrounding area. Lewis said their vision includes redevelopment similar that around the Midtown area of Oklahoma City.

“We want to redevelop the healthcare core but also do it where there are some other types of things that want to be here with us to create a certain amount of energy and synergy,” Lewis said. “I think people will start to see a lot of emphasis around our desire to redevelop around this area and with a great partnership with the city that sees that vision and dream as well.”

“We’ll come up with a strategic plan with them to work on how they want to partner and develop that area,” he said.

Lewis says the decision to expand its presence in Midwest City was an easy one. The not-for-profit healthcare system has a strong presence in the area and the addition of the hospital will connect their services for the community.

“We’re doubling down on Midwest City and eastern Oklahoma County and the surrounding communities,” Lewis said. “We’re willing to do that because it’s so important to us.”

SSM operates the St. Anthony Healthplex near Douglas Blvd. and I-40 as well as many physicians and clinics throughout the area. The addition of the hospital will help connect and strengthen SSM’s healthcare offerings.

SSM Health plans to expand ambulance and urgent care services in Choctaw, Harrah and along the nearby Kickapoo Turnpike.

The physical changes only tell part of the story for the changeover.

Lewis says SSM Health brings a faith-based and spiritual approach to healthcare. The not-for-profit healthcare system was founded by Catholic nuns in 1872. Their mission statement is “Through our exceptional health care services, we reveal the healing presence of God.”

“We honor the legacy of sisters who founded us,” Lewis said. “We have much more emphasis on the spiritual aspects of care. The spiritual well being and the faith and wholeness aspects of care.”
It is the first time a faith-based organization has operated the hospital.

Patients and residents can also expect to see an improvement in services through SSM Health’s focus on what Lewis calls the “three As” – availability, affability, and ability.

“If we focus on those three things and continue improving in all areas, the citizens, patients and business leaders will see that it’s a new day,” he said. “And it won’t occur overnight. It’s one patient at a time.”