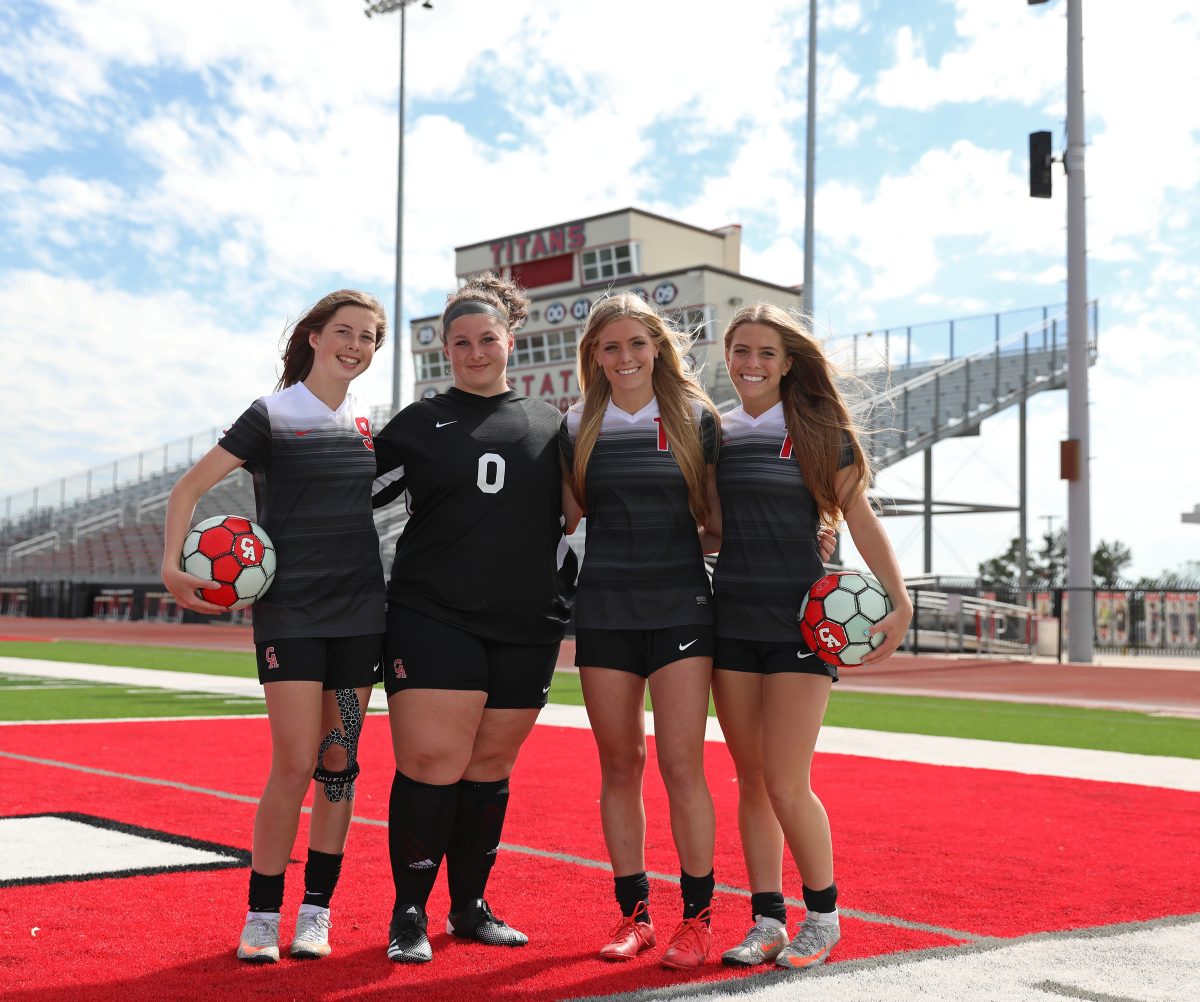 The Carl Albert girls soccer team has a pair of sisters in Ashlee and Ally Davison and Sydney and Brooklyn Hawkins. (Photo by Jeff Harrison)

The Carl Albert girls soccer team has a bit of a family feel this season.

Two pairs of sisters have played a key role in leading the Titans to an 8-4 record and second place finish in their district.

Senior Ally Davison is the team’s starting goalkeeper, and her freshman sister Ashlee plays in the midfield. Sydney Hawkins plays forward, and her younger sister Brooklyn is a sophomore midfielder.

While the girls have grown up together, this is the first time they have played on the same competitive team.

“This is something we’ve really been looking forward to,” said Ally Davison. “This is our last chance since I’m a senior and she (Ashlee) is a freshman.”

Sydney and Brooklyn played together in a few games last year before the season was canceled due to COVID-19.y

“We really like playing together. I know how she (Sydney) plays and know what she’s going to do before she does it,” Brooklyn Hawkins said.

The Hawkins sisters put that rhythm on display in a 10-0 win over Tulsa Edison on March 30. They combined for seven goals in the win with Sydney scoring four and Brooklyn added three.

Playing together on the field has helped the girls bond more as sisters.

“This has been a tough year and it’s been nice having my sister with me,” said Sydney Hawkins. “I think playing together has really brought us closer.”

The Titans opened the Class 5A state playoffs on Tuesday at home against Claremore. The winner will face Pryor/Durant in the second round on Friday night. 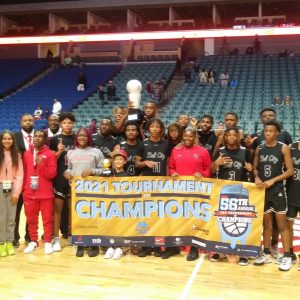 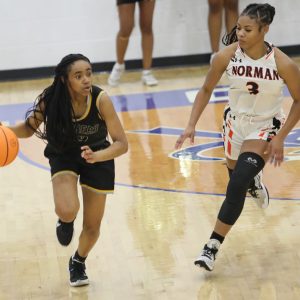