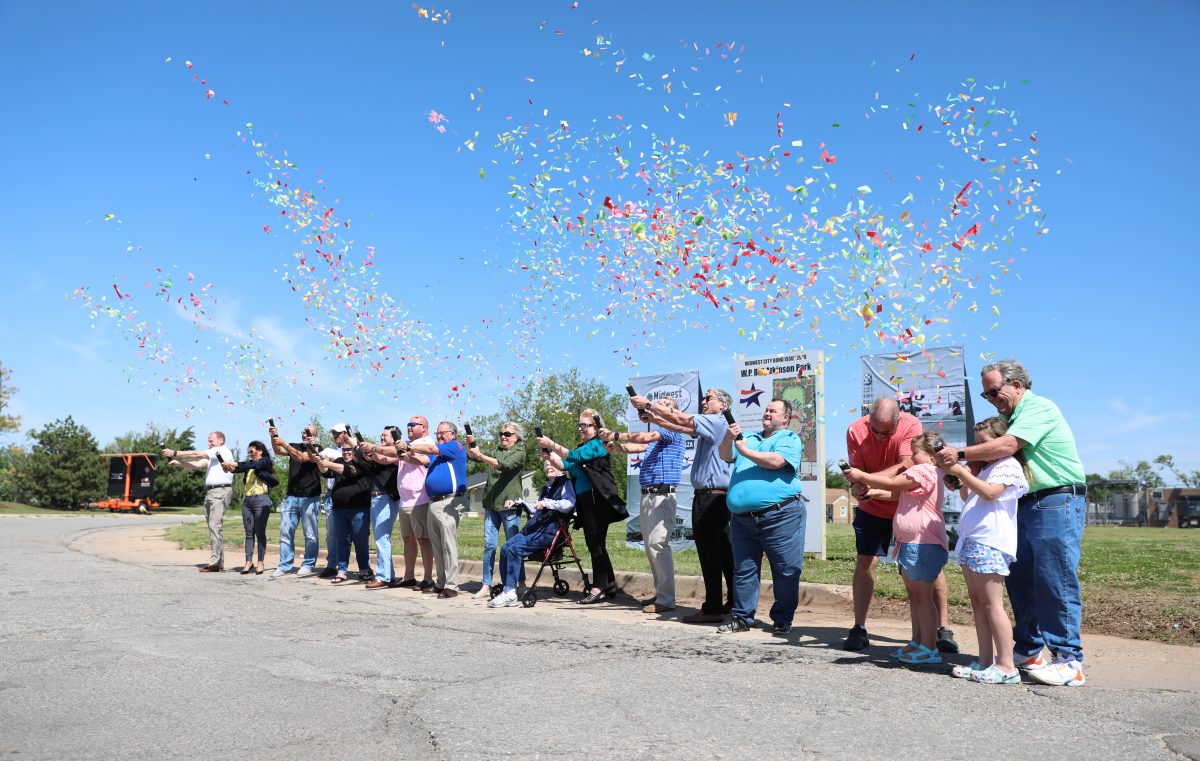 Midwest City leaders celebrated the city’s past and future Saturday morning as they held a “groundbreaking” ceremony for the future W.P. Bill Atkinson Park.

The city’s newest park will be located north of Town Center Plaza in the heart of the Original Mile neighborhood that Atkinson developed in 1942. The community was named for the airfield’s original designation as Midwest Air Depot. It is now known as Tinker Air Force Base.

“I grew up around here and it’s so nice to see this community come back alive with this park dedication,” said Mayor Matt Dukes at the ceremony. “This is going to be a centerpiece for the community.” 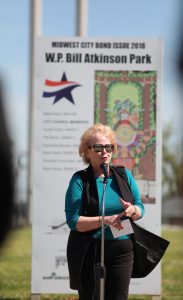 Cindy Mikeman talks about her grandfather WP Bill Atkinson who is being honored by Midwest City’s newest park. (Photo by Jeff Harrison)

The park will include performance and event space, splash pad, playground, dog park and more. It will be linked to the nearby retail center by paved pedestrian plaza that will include historical panels telling the story of Midwest City’s past.

Members of the Atkinson family attended the ceremony on Saturday. Cindy Mikeman, granddaughter of Atkinson, spoke about his vision and the lively community he created.

Mikeman thanked city leaders for helping restore that energy through the new park.

“I’m forever grateful for bringing that vibrant community back,” she said.

Billy Harless, community development director, said redevelopment of the property along Mid-America Blvd. has been in the works for years. He thanked the design staff and city leaders for their vision of the park.

“You never know how things will fit in but the designers did a great job connecting it with the pedestrian area,” he said.

Construction is expected to begin this week and take about one year to complete, said Harless. Crews are also in the process of relocating utility lines on the property.

Shiloh Enterprises is overseeing construction of the park. The project is funded through a 2018 general obligation bond issue.