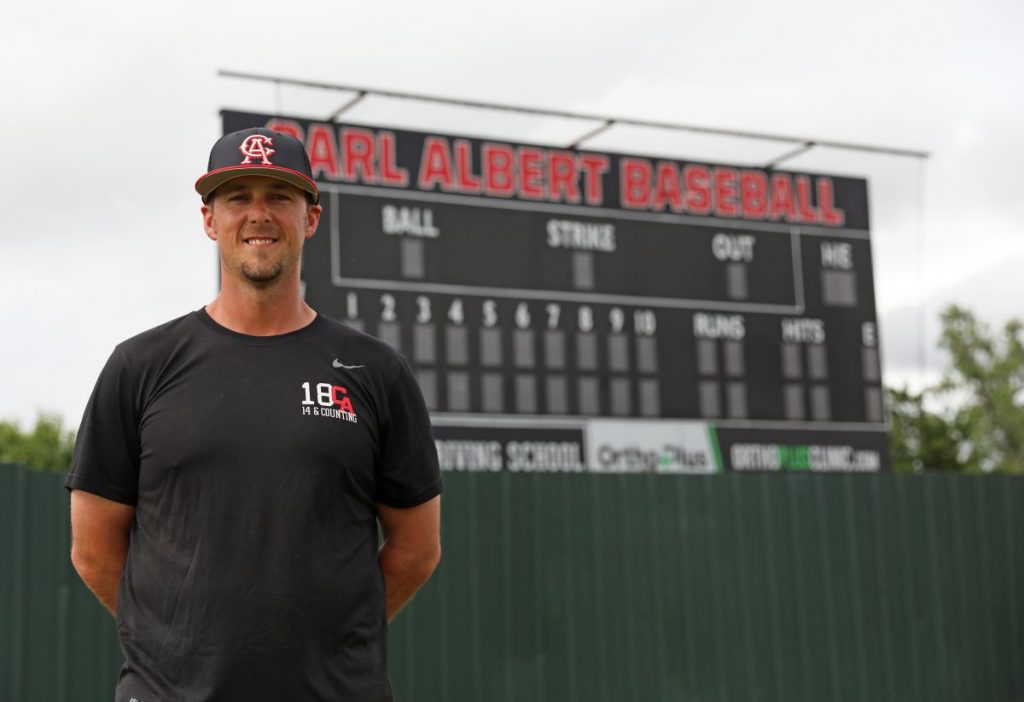 Ryan Whiteley has been promoted to head coach after Tim LaValley announced his retirement.

Whiteley was an assistant under LaValley for the past four years. He previously coached at Lawton Eisenhower and Cache.

LaValley is stepping down after 31 years of coaching and teaching. He concluded his career by leading the Titans to the Class 5A state championship earlier this month. It was the school’s sixth state championship.

Leading the Titans is a dream for Whiteley.

“Coaching at a program like this was always at the top of my list,” he said. “I’m really excited to take control of this program and see what we can do.”

Whiteley is a Lawton native and graduated from Lawton Eisenhower. He went on to play baseball at Hutchinson Community College in Kansas for two years and finished his career at Cameron University in Lawton.

After college, Whiteley started his teaching and coaching career in his hometown. He worked at a local middle school and later as an assistant baseball coach at Lawton Eisenhower. Whiteley then got his first head coaching position at Cache where he stayed for five years.

In 2017, Whiteley moved to Carl Albert where he has worked as an assistant baseball and football coach.

The Titans made the baseball state tournament every year since then including a state runner-up finish in 2018 and state title this year. The 2020 season was canceled due to the pandemic.

“Winning a state championship was an awesome feeling,” Whiteley said. “It’s something I’ve never done in baseball as a player or a coach. I was really excited for our seniors to have reached that goal.”

“Coach [Tim] LaValley and coach [Tony] Borum are really knowledgeable and taught me a lot,” Whiteley said. “Coming to Carl Albert and learning from them has been really good for me”.

Whiteley said the coaching staff will stay the same with the addition of Tanner Wilcox as an assistant. Wilcox coached at Lawton MacArthur and played for Whitely at Cache.

The team will return to action next week for the summer season.