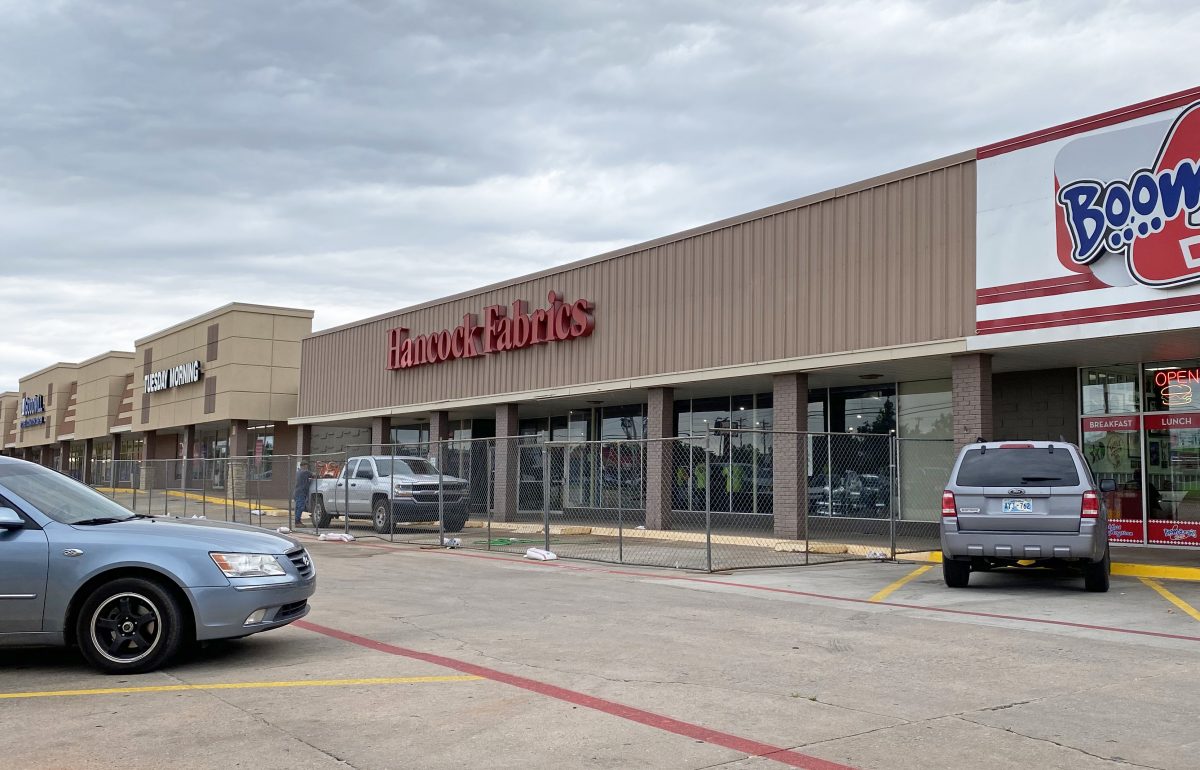 The former Hancock Fabrics store is being remodeled for medical offices. (Photo by Jeff Harrison)

A pair of vacant commercial buildings will have new life.

The former Hancock Fabrics, 7521 SE 15th St., and CVS Pharmacy, 6951 SE 15th St., in Midwest City are both being remodeled for professional medical offices, according to city officials.

The commercial projects are each estimated at about $2 million according to city officials. Construction started about a month ago.

The former Hancock Fabrics store, located in the Uptown Shopping Center, has sat empty since 2016 when the company closed its Midwest City location. Several former employees opened Okies Fabric Stash after the closing.

CVS Pharmacy closed its doors earlier this spring, leaving a vacancy near the intersection of SE 15th St. and Air Depot Blvd.

Building permits were issued to Rob Jacknewitz of Permit Consultants, Inc. for 6951 SE 15th St. and Scout Services, Inc. for 7521 SE 15th St. Neither could be reached for comments about the projects.