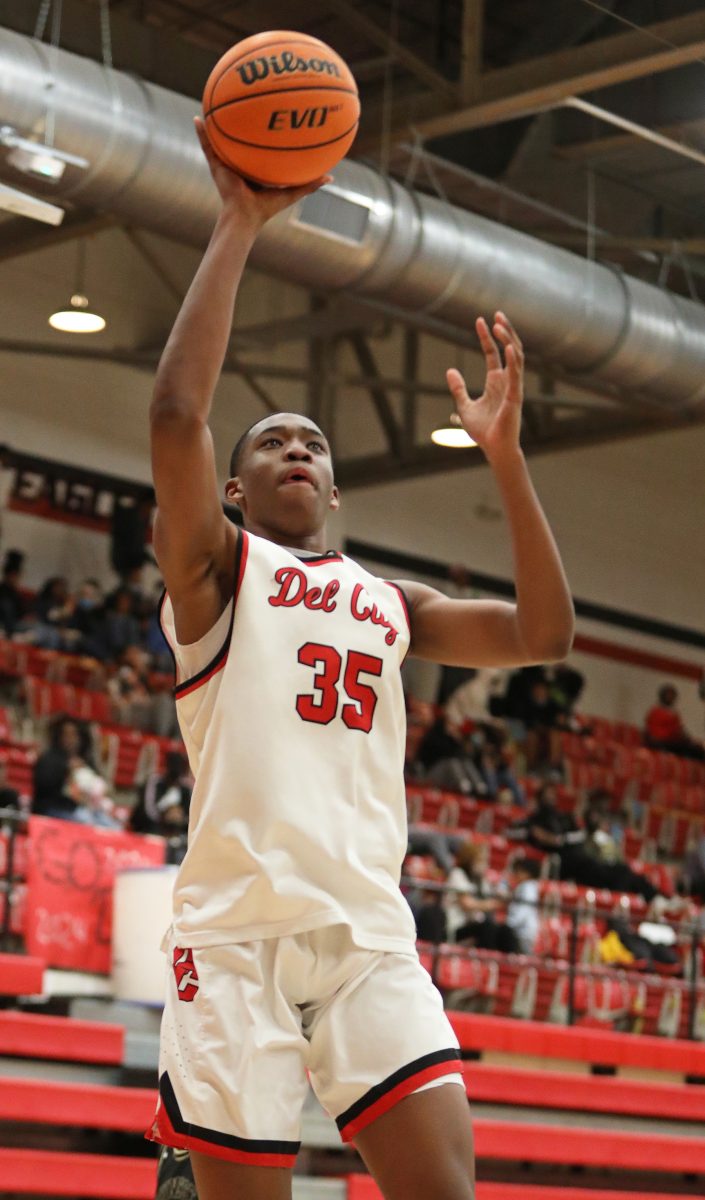 Brandon Garrison received an offer from the University of Kansas. (Photo by Jeff Harrison)

Word is out on Del City’s Brandon Garrison.

The 6-foot-9 forward is quickly catching attention of some of the top college basketball programs in the country.

Garrison received offers from the state’s largest schools Oklahoma, Oklahoma State and Tulsa. Last week, he added a couple of big ones in Kansas and Texas Tech.

“I talked to head coach [Bill Self] and coach [Jeremy] Case and they offered me,” Garrison said last week. “It’s been a really fun experience.”

The recruiting process started while Garrison was still a sophomore.

On March 6, the day after the Del City boys basketball team beat Broken Arrow in the area finals, Garrison received his first offer from the University of Tulsa. A week later, he helped the Eagles win the Class 6A state title.

That list is expected to grow during the next two years.

Garrison has impressed college coaches with his play in high school basketball and in AAU where he competes for Team Griffin. Recruiting experts say his large frame, high energy and rapidly improving offensive skills will make him a highly sought-after prospect. He is ranked No. 60 in the Rivals Top 100 for the Class of 2023.