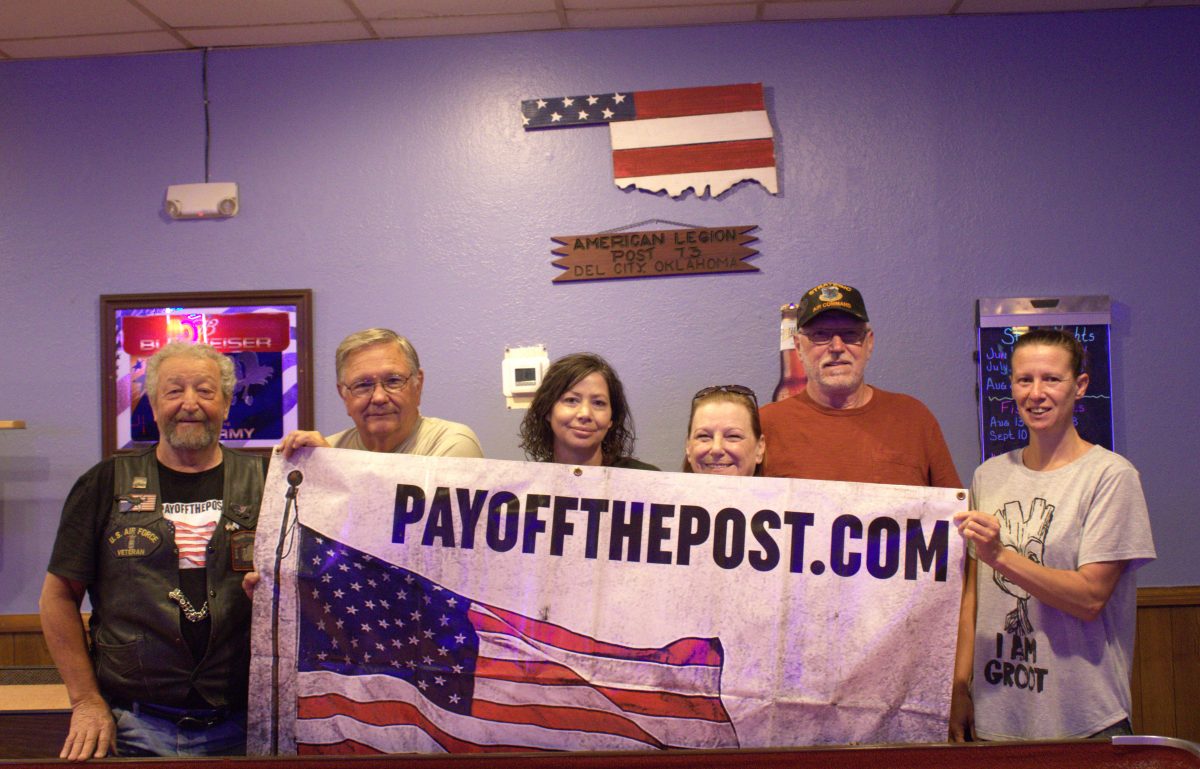 Retired Senior Airman Thomas Bird has been taking on the 16,000 mile journey cross country with his 2001 Harley Road King. Last Wednesday he made a pit-stop at Del City’s American Legion Post 73. King served in the U.S. Air Force for four years and now works as a full-time criminal defense attorney. His home post is American Legion Post 204 in Sellersburg, Indiana.
On April 23, Bird began his journey around the country starting in Indiana to visit one Legion post in each state. So far, he has visited 40 states and traveled 12,500 miles. Only eight states are left on his journey, with his next stop being Wichita, Kansas. Each day he rides around 200 to 500 miles.

The ride was originally planned for the Spring of 2020 but due to the COVID-19 pandemic, it was canceled. Bird’s original idea was to raise enough money to pay off his home post mortgage, so that money could be used to help veterans. As a result of the Pandemic, many Legions across the country had to close because they were unable to pay the mortgage. So, he created the ‘Pay Off the Post’ initiative to pay off all the mortgages for every American Legion in the country. This ride is all an effort to get the word out about the initiative and help his fellow Legionnaires.

“I’m trying to make sure that never happens again,” he said. “They might be able to shut the lights off, but they will not be able to take the building from us.” 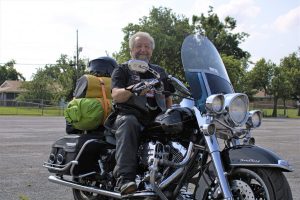 The Bikers Club Bird belongs to is the American Legion Riders, a small club in Indiana. Along the way, many veteran biker clubs have joined him. In California Bird was met by a Legion Biker Club at the base of the mountains in Southern California. This group rode with him through California up to the Redwood Forest in Northern California where they camped out. Unfriendly, not all Legion Posts have been as welcoming as others. A small number of Posts have rejected Birds’ offer to visit because they do not want to be bothered by money or because their mortgage is already paid off.

“The best part of this ride is the amazing people I’ve met along the way. I have met a lot of riders who have ridden with me. There are a lot of great veterans out there. A lot of them doing great things for other veterans but it needs to happen more,” Bird said.

With 12,500 miles under his belt the 72-year-old Thomas, about to be 73, is beginning to feel the physical repercussions of this monumental task. Along with sitting on the bike all day he also does not spend the nights in hotels but opts to camp outside. With his skin now a light caramel color and his needs giving him constant problems he admitted it is getting tiring.

“It’s wearing me out. When you do 16,000 miles on a motorcycle. I camp out I do not go to hotels. My knees are killing me, but age is just a state of mind. Someone has to do something about helping American veterans or we aren’t getting it done,” said Bird.

So far, he has been around the northern, southern, eastern, and Western sides of the country. Now he is heading through the middle on his way home in Indiana. When setting the course, he only chose to visit Legion Posts that were directly on the path. If he veered from going straight through each state, the 16,000-mile journey would be 30,000 miles. Thanks to Del City’s central location in Oklahoma Birds journey passed directly through it.

The American Legion Riders will be meeting Bird in St. Louis, Missouri to ride with him through the final two states. Then finally home.

While this ride is fun the point of this journey is to raise money for the American Legion. Bird’s primary goal is to inform people of his Pay Off the Post campaign to successfully pay off all Legion mortgages in the United States. His suggestion is for families with members in the American Legion to donate five dollars per Legionnaire. For those who do not have family in the Legion, just a $5 donation will go a long way.

To donate and follow Thomas’s journey please visit his website, PayOffThePost.com. Together we can make sure no American Legion in the United States has to close its doors.