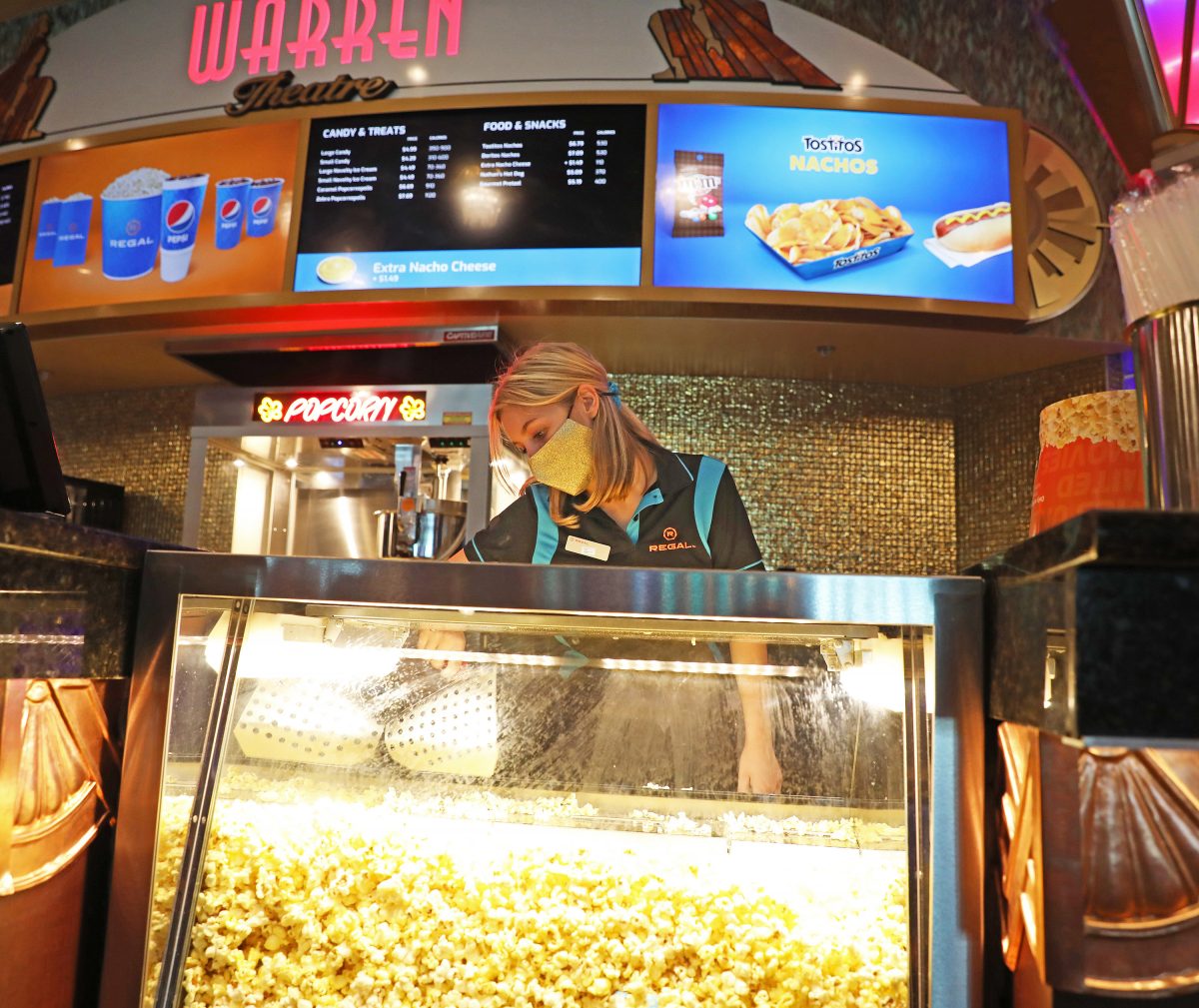 An employee fills up a popcorn case Friday afternoon at the Regal Warren Midwest City. Photo by Jeff Harrison

The long wait is over.

After more than a year of shuttered doors, silent theatres and uncertainty, the Midwest City Warren Theatre is back in business.

Regal Cinemas recently purchased the 10-screen movie theatre and reopened it last week. The theatre held a soft reopening Wednesday evening and was back in full swing Thursday.

Jon and Rhonda Craig were thrilled to have the local theatre open again. The couple typically saw two or three movies a month before the pandemic, but hadn’t been to the theatre since February 2020. They took in a matinee showing of A Quiet Place Part II on Friday afternoon. 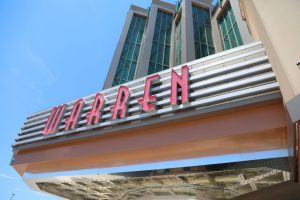 The Regal Midwest City Warren Theatre reopened last week after being closed for more than a year. Photo by Jeff Harrison

“I’m ecstatic that it’s reopened,” Jon said. “This is the best theatre in the metroplex. It’s so great to have a theatre three miles away and not have to worry about parking or if there’s a ballgame.”

Cindy Rodarte and her family went to see Boss Baby 2 on Friday afternoon. She went to the Midwest City Warren a couple of times before it closed.

“We were so sad because we thought it wouldn’t open again,” she said. “And now we’re just so glad it’s open again.”

The Midwest City Warren Theatre was owned by Bill Warren and Warren Theatres and operated by Regal Cinemas.  It opened in August 2019, but closed seven months later due to the pandemic. It has remained closed since March 2020.

Arvest Bank took possession of the movie theatre earlier this year after MWC Warren Theatre, Inc. stopped making payments on the loan and faced a separate lawsuit from its contractor.

On July 1, Regal Entertainment Group purchased the theatre from Arvest for $11.9 million, according to county records. The sale did not include additional parcels in the Sooner Rose Shopping Center originally owned by Warren Theatres. 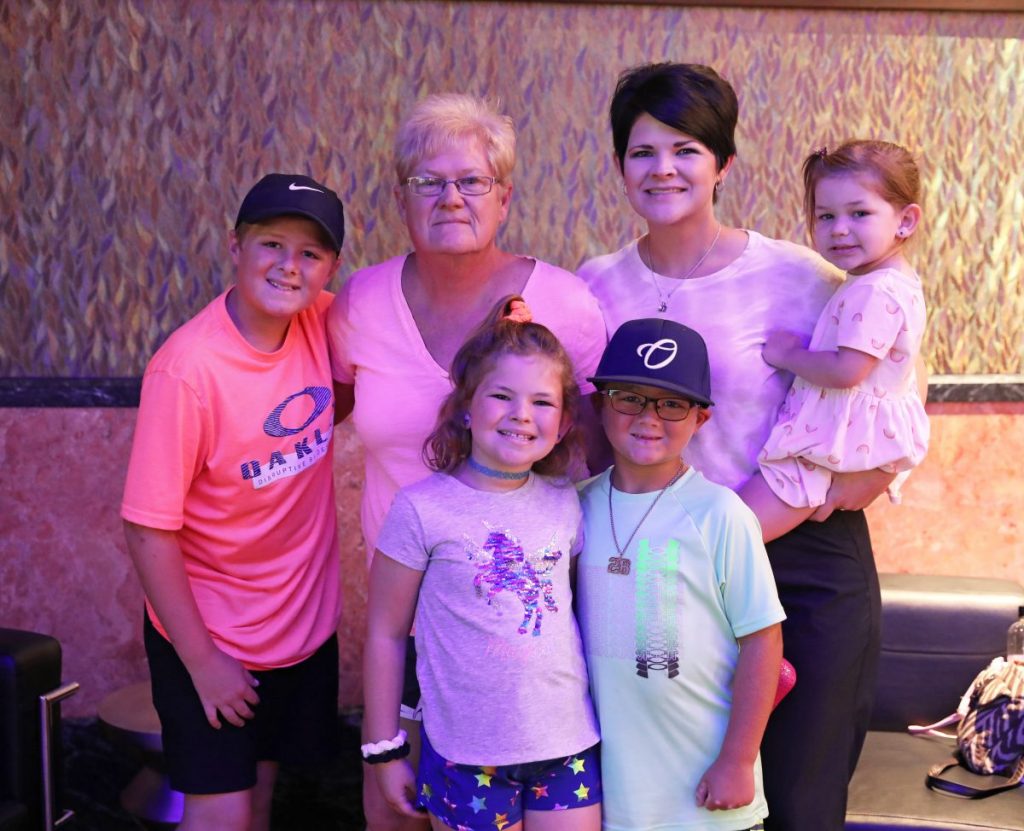