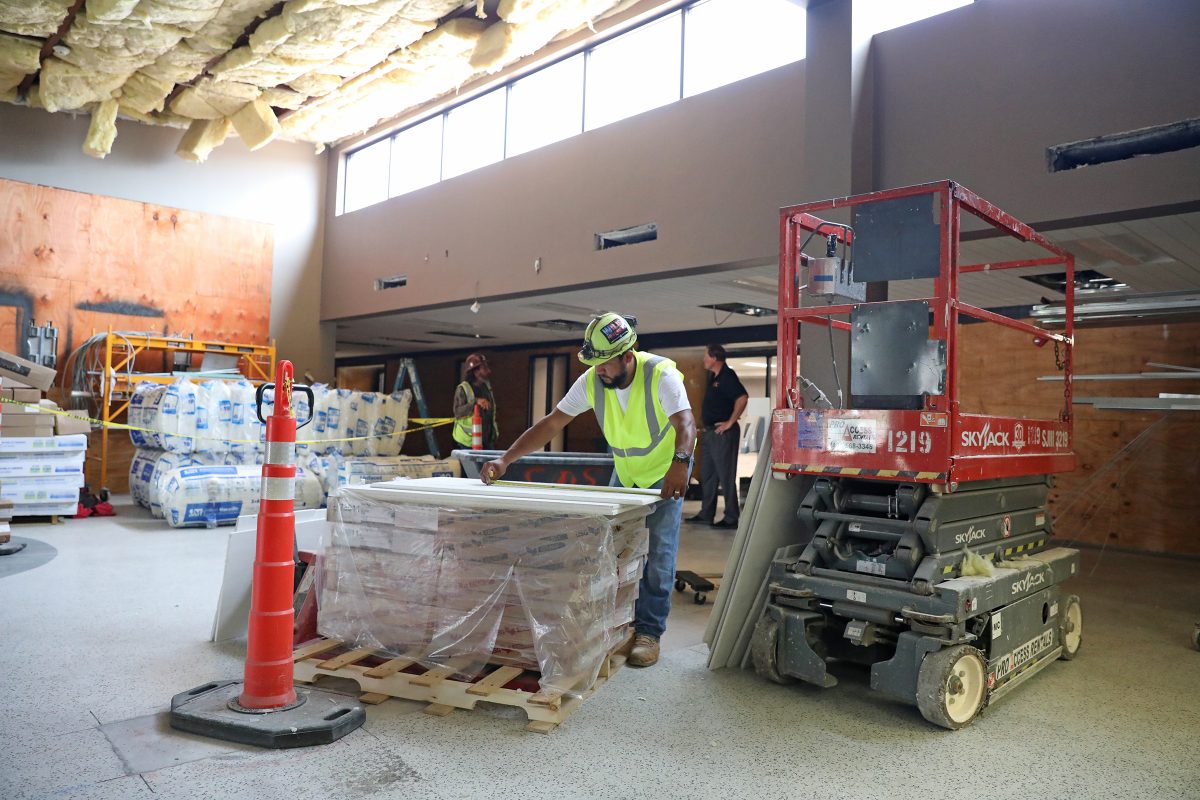 The Mid-Del Technology Center is getting a facelift.

A $1.3 million project is underway at the building

“Our primary mission at the Career Tech is development of workforce for local business and industry to help Midwest City, Del City and surrounding communities to thrive. And we needed our facility to match that vision,” said Rick Mendenhall, superintendent of Mid-Del Technology Center.

CMS Willowbrook is the general contractor for the project and architect Michael McCoy designed the project. Both have worked on several projects for the Mid-Del Technology Center and Mid-Del Schools.

McCoy said the project will help the Mid-Del Technology Center transition from a traditional school building into an executive business center. 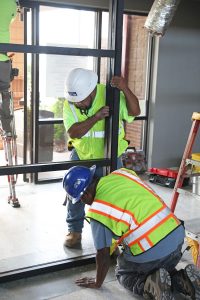 “The idea of what happens in this building has changed over the years and so technology has become very important,” he said. “So, you have to have those images and those surfaces and that

character that create something that looks more of an upscale executive business center in lieu of what a typical entry to a school will be.”
The new color scheme, ceilings, flooring, millwork and technology upgrades will help create that look.

The entrance to the Technology Center will include a wall of nine video screens that will display information about programs and events at the Tech Center.

“It’s essentially like a digital billboard,” said Brion Crawford, project manager for CMS Willowbrook. “It will be a great look with a new receptionist desk. The finishes that Michael [McCoy] picks are fantastic. This will look like a piece of art.”

The large conference room was gutted and redesigned with new wall treatments, flooring, and millwork. New video displays will be added to accommodate both in-person and virtual presentations. Glass windows were also installed near the entrances to allow people to see when the space is in use. The partitions will also be replaced.

“Businesses can come in, take over part of the space and have everything that they need inside that space to do what they need to do to grow their business,” McCoy said.

For smaller meetings, an executive conference room was added in space formerly used for a teacher break room. The room will include a large conference table, video screens for presentations and virtual meetings.

The teacher break room was relocated just down the hall. The new and larger breakroom also includes new separate restrooms for men and women.

Crews started working on the project in spring with demolition of the large conference room. Construction has slowed this summer due to delays with building materials – something that has plagued the industry across the country. Millwork has presented the biggest delays.

“It’s not isolated to one project it’s kind of throughout all the projects that we’ve got going as a company,” said Crawford. “Materials are taking longer to get and in this project we had a very short duration too.”

The prices of building materials have also soared since the pandemic but they are not expecting to have an impact on the MDTC project.

The renovation project is expected to be completed by the start of the new school year in mid August.

“I think we’re right there and we can only go on what they’re telling us as far as getting the equipment and materials in,” Crawford said.

The Mid-Del Technology Center was built more than 50 years ago. The building has undergone several additions over the years. The most recent was an addition of a storm shelter and new student lounge a few years ago.

Mendenhall said the upgrades will allow the MDTC to promote the training programs they offer.

“We will get to share what we do as far as training in the different areas, whether that’s customized training for business and industry, our short term classes, our night classes, or our up-skilling programs to get employees certification,” Mendenhall said.

The renovation project is paid for with the MDTC’s building fund.

The school is also preparing to replace part of its roof as part of the 2020 school bond issue. The new roof will be added on the C wing and East wing of the building.

“Those have been our two worst areas for leaks,” Mendenhall said.