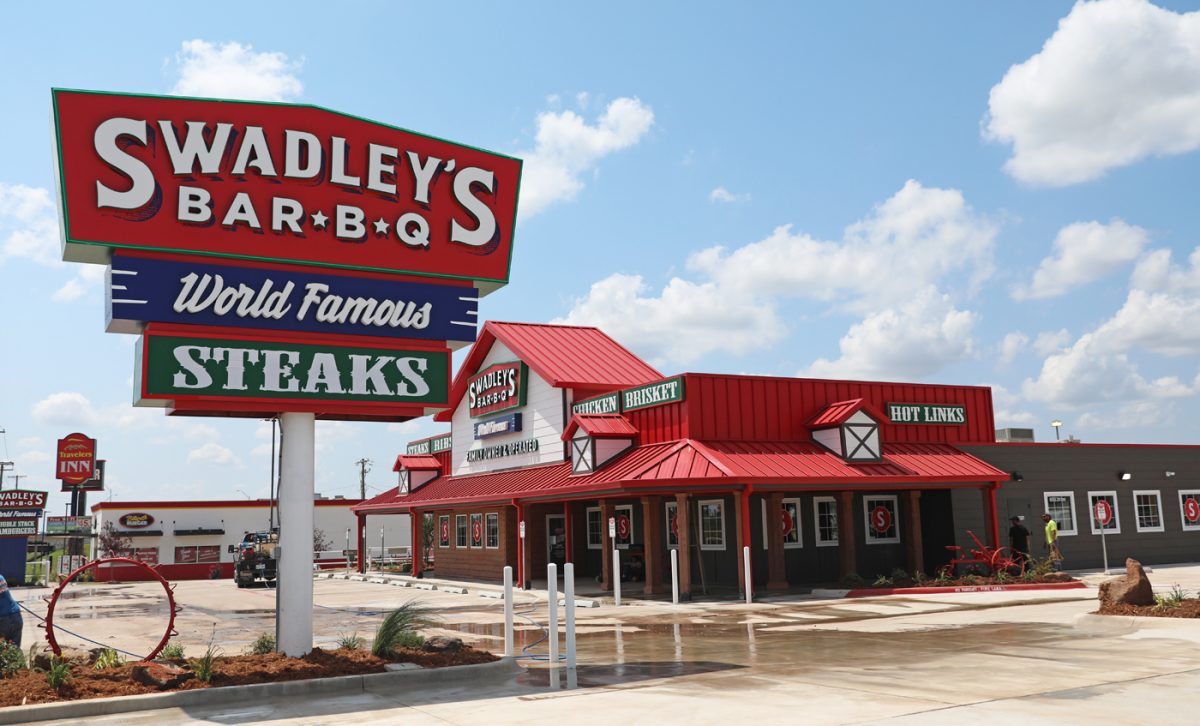 The wait is over for Swadley’s Bar-B-Q.

The Oklahoma barbeque chain opened its new Midwest City restaurant on Monday, July 26. It is located at 6905 SE 29th St. in a former Enterprise Rent-A-Car building.

Swadley’s in Midwest City is like other locations in the metro. Customers can enjoy a menu filled with brisket, ribs, smoked chicken, turkey and more. But unlike many others, Midwest City serves steak made with Creekstone Farms premium beef.

“Not all Swadley’s locations carry their steak but let me tell you what a treat this is for Midwest City,” said Deborah Floyd with Elevated Marketing. 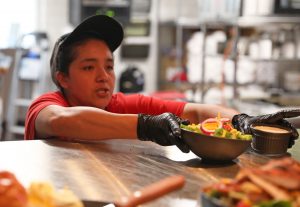 An employee hands an order to a sever at Swadley’s Bar-B-Q in Midwest City. (Photo by Jeff Harrison)

Plans for a new Midwest City location were announced in early 2020. Crews started gutting the 6,000-square-foot former Enterprise Rent-A-Car building, but the project was paused as the company focused on the Foggy Bottom Kitchen concept, which opened four locations in 2020.

Work resumed in December. Construction slowed a bit due to weather, but the building was completed earlier this month in time for the opening.

The restaurant employs about 45 people. Aaron Palacios, director of human resources, said they did not have trouble hiring staff, despite a nationwide labor shortage. He said their staff includes many teens from the area.

“We were interviewing people in a trailer outside and it was a lot easier to hire people once we switched and brought them in the restaurant to see it,” Palacios.

The restaurant held soft openings last Friday and Saturday to help train new staff. It opened to the public on Monday morning. 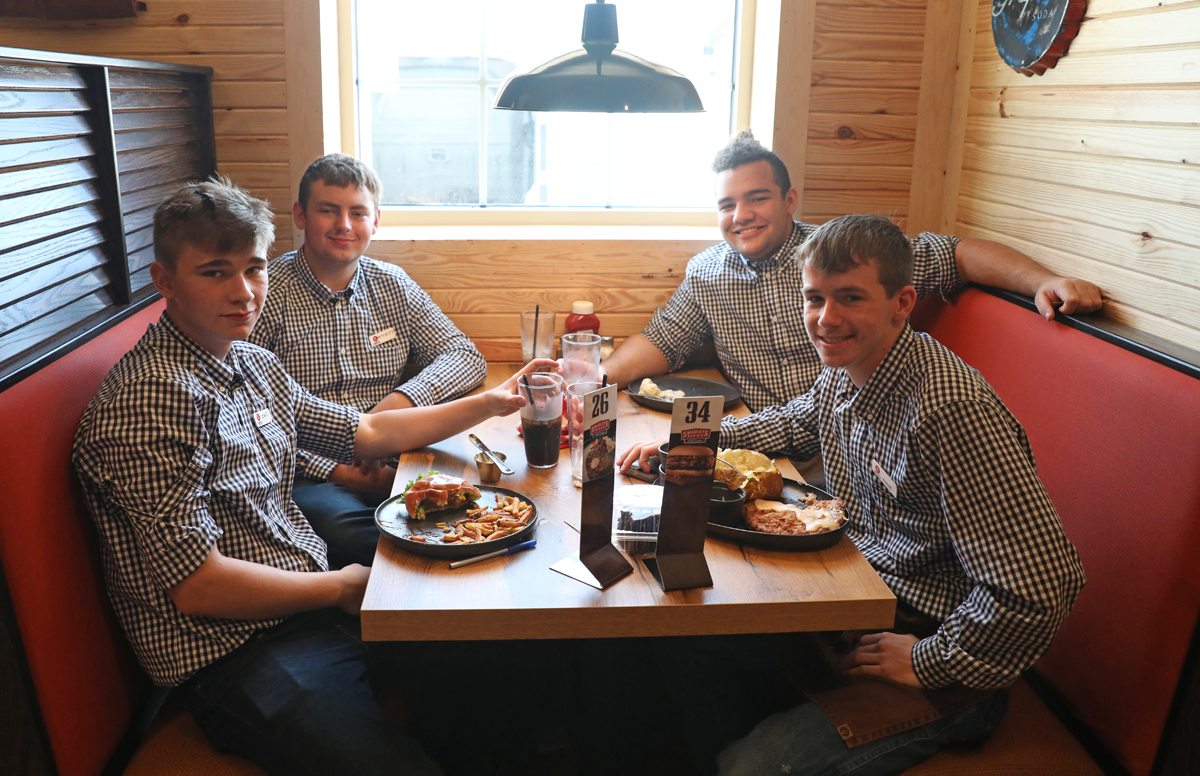