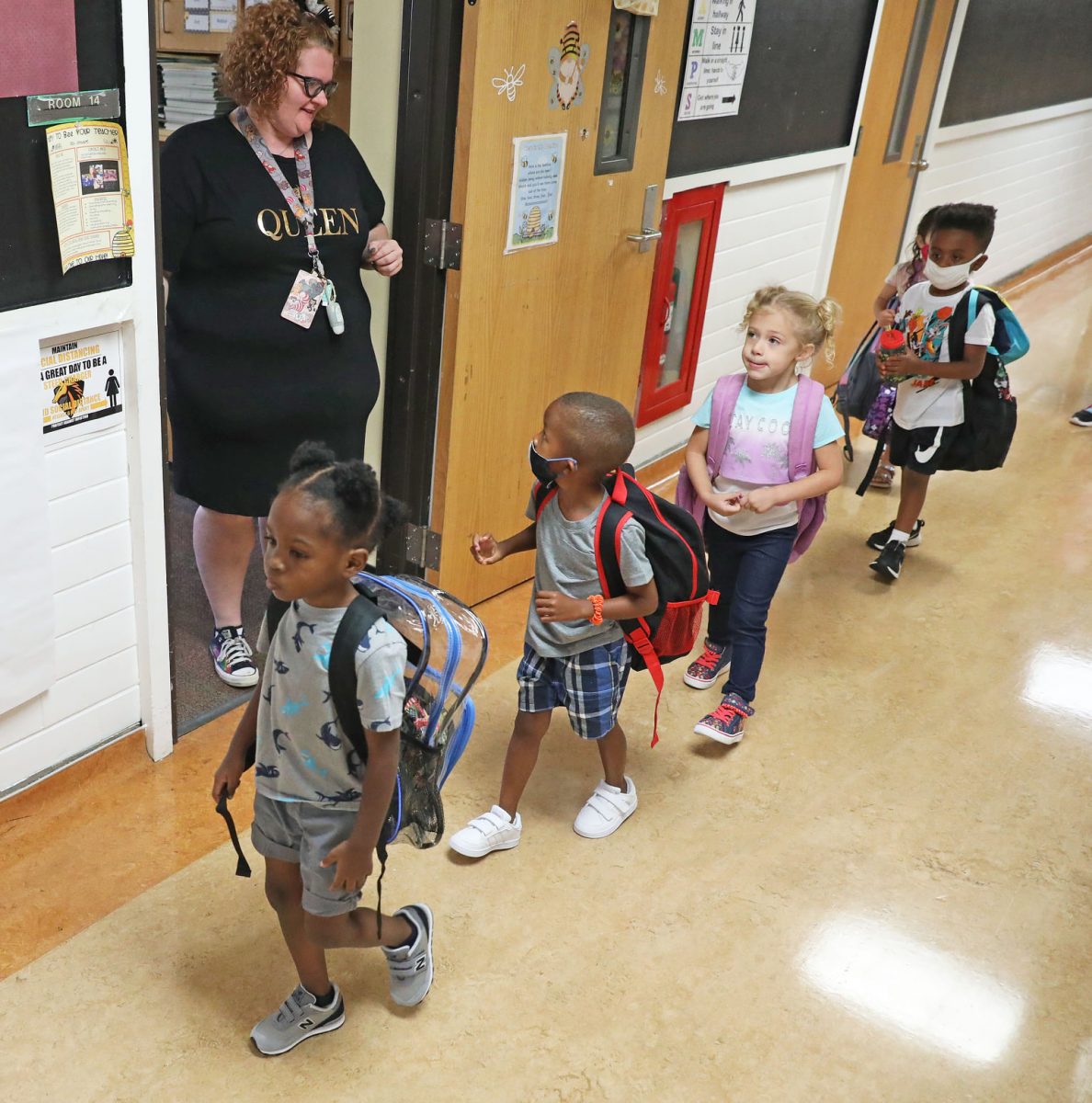 Students at Steed Elementary School make their way to class on the first day of the new school year on Aug. 11. (Photo by Jeff Harrison)

The Mid-Del School District is seeing its enrollment rebound after thousands of students left during the pandemic.

“We’re close to halfway back from what our enrollment dropped last year,” said Superintendent Rick Cobb. “It’s a little more than we were expecting so I’m pretty excited about it.”

Like many school districts across the state, Mid-Del Schools saw its enrollment decline sharply last school year. The district’s enrollment dropped by more than 20% or nearly 3,000 students.

“It’s weird because 2/3 of the enrollment decline was at the elementary level, but the highest number of re-enrollment was at the secondary level,” Cobb said. “We still have a long way to go to get our elementary enrollment all the way back.”

Fewer families are choosing the district’s online option – Mid-Del Virtual Academy. The district had 1,230 students enrolled in the program at the end of last school year, and only 291 students this year.

School officials expected the district to have about 12,000 students at the beginning of the year. The district has been hiring additional staff to accommodate the students. So far, the district has added about 10 employees, said Pam Huston, chief human resources officer for Mid-Del Schools.

“We have added classroom teachers, teaching assistants, paraprofessionals, and class-size teacher assistants to help when student numbers are higher than we would like but not high enough to warrant another teacher,” Huston said. “We have also recently posted for COVID Mitigation Assistants to help with contact tracing in our schools. Bus drivers are always a necessary addition when enrollment increases.”

Cobb said he expects enrollment to continue to increase throughout the year.

“We had a lot of people that were really happy to be back and I think we’ll see more of that eventually,” he said.