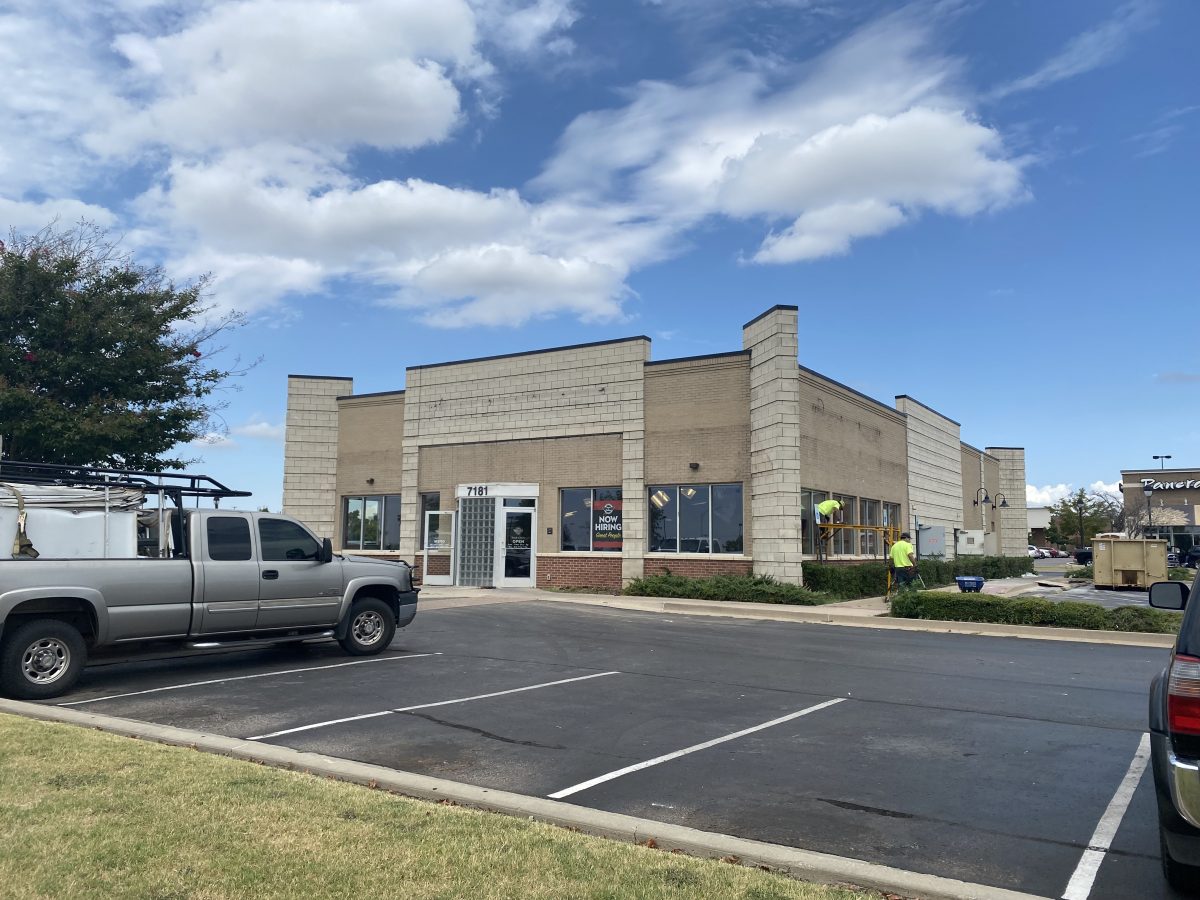 Panera Bread is on the move in Midwest City.

But it isn’t going far.

The fast-casual restaurant plans to move to the former Steak ‘n Shake building, which is across the street from their current location in Town Center Plaza.

Panera Bread is in the process of remodeling the 5,000-square-foot building at 7181 SE 29th St. Construction began last week and the new restaurant is expected to open in January.

The building has been vacant since Steak ‘n Shake closed in April.

The new Midwest City Panera Bread will feature the company’s latest design concept with updated colors, furniture, décor and the new “Mother Bread” logo. The restaurant will also be more accommodating for customers on the go with a drive-thru window, and dedicated space for carryout and delivery orders.

“This is a brand new approach for Panera and it’s reflective of the reality that a lot of our guests want to experience Panera but they want to take it with them instead of eat in the café,” said Brian Camey, president of Traditional Bakery and OKC Bakery.

The restaurant will also include a new kitchen design that is aimed at improving accuracy and speed.

An artist rendering for the Panera Bread restaurant in Midwest City. (Image provided)

Camey said the current location will only be closed a few days before the new one opens.

“We will try to minimize any time the current location is closed,” he said. “The vast majority of the equipment at the new location will be new. We might have to move a few things and do final training for the new store.”

Panera expects to hire an additional 10-30 employees for the new location. The restaurant will be staffed by about 50-60 employees.