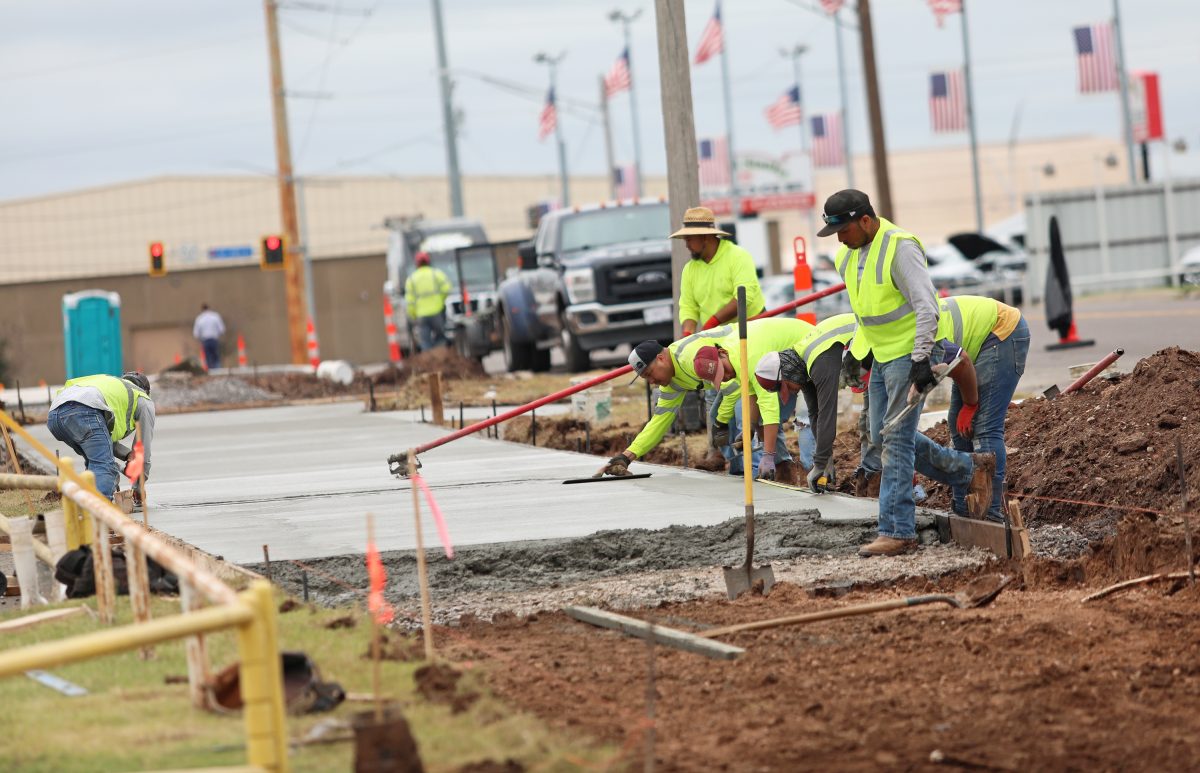 Crews install a new pavement recreational trail near SE 29th St. and Midwest Blvd. The project is part of an extension of Midwest City’s trail system. The new West Palmer Loop will connect with existing trails at Joe B. Barnes Regional Park. Photo by Jeff Harrison

Midwest City is adding a trail along the west side of the former Glenwood neighborhood and another near Midwest City Elementary School.

The West Palmer Loop trail will be a southern extension of the existing Soldier Creek Trail. It will primarily run along Palmer Dr. and connect existing trails near SE 15th and SE 29th streets.

The Safe Routes to School Trail will connect Key Blvd. to Midwest Blvd. along the southern edge of the Midwest City Elementary School.

“This will be important to tie the Original Mile to the future trail system,” said Brandon Bundy, Midwest City Community Development City Engineer. “There is a missing piece connecting the two which will be constructed not long after these projects.”

The concrete trails will be 10 feet wide and similar to other recently completed trails in the city. OG&E will add lighting to the trails.

The Safe Routes to School Trail is entirely paid for using federal Funds. The West Palmer Loop trail is partially funded using federal Transportation Alternatives Program (TAP) funds which was capped at $500,000. Total project cost for both combined is estimated at $1,490,828.

SAC Services Inc. is the contractor for both projects.

Workers started the project last week. The trails are scheduled to be finished by spring 2022, pending weather delays. 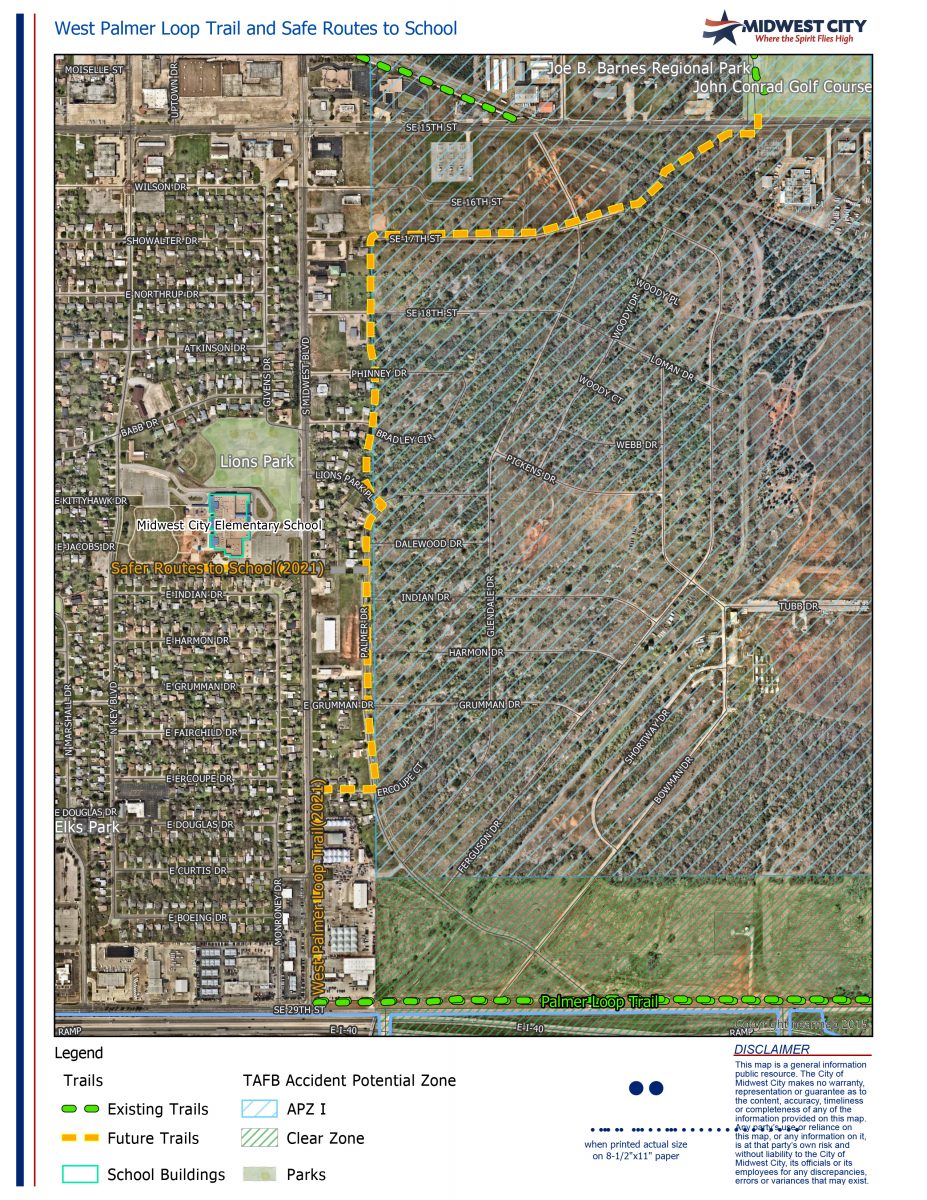