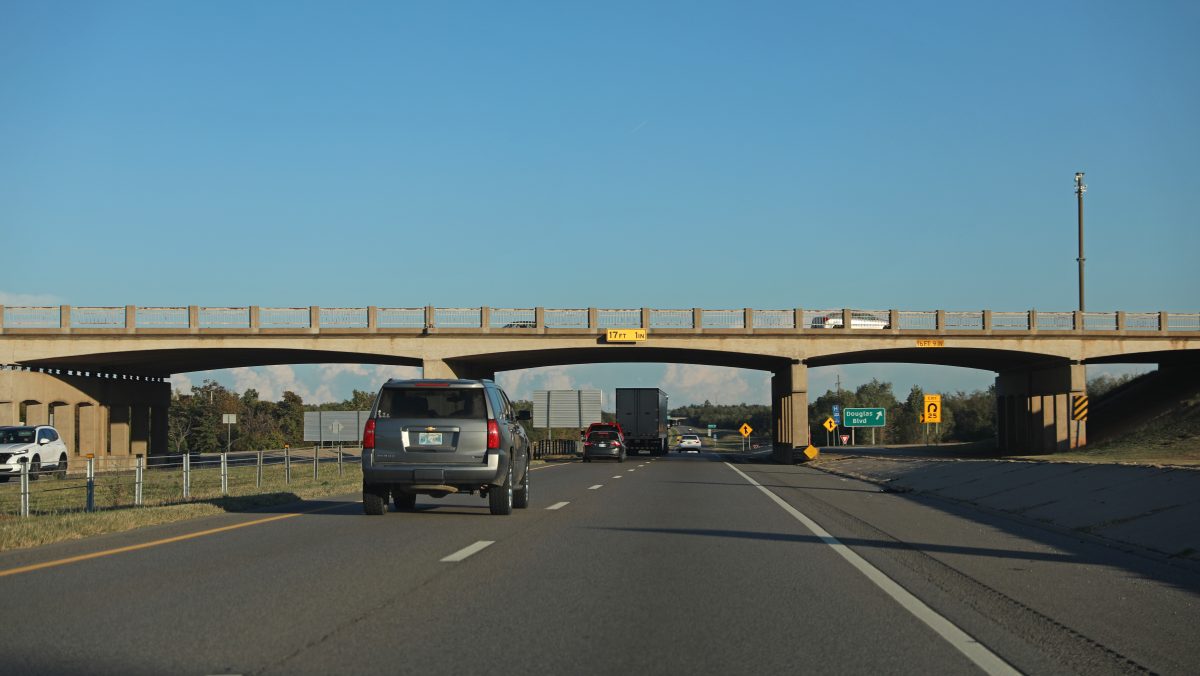 The Oklahoma Department of Transportation will reconstruct the Douglas Blvd. and I-40 interchange beginning in 2022. Photo by Jeff Harrison

ODOT says construction could begin as early as January 2023

Major road work along Interstate 40 in eastern Oklahoma County will happen sooner than later.
The Oklahoma Department of Transportation announced it will fast track $89 million in improvements to I-40 between Douglas Blvd. and the I-240 junction with the help of additional federal funding.

ODOT plans to begin the projects in federal fiscal year 2022, which is several years earlier than originally planned. They will award construction contracts after the new fiscal year begins Oct. 1, 2022, with construction to follow as early as January 2023, according to officials.

It includes reconstruction of the Douglas Blvd. interchange, widening five miles of I-40 between Douglas Blvd. and I-240 from four to six lanes, vertical clearance improvements for the Anderson and Westminster road bridges, and demolition of the Engle Rd. bridge. ODOT had the projects scheduled for 2025-2027 in the previous construction plan.

The projects will come on the heels of another large project to reconstruct I-40 bridges over Crutcho Creek, SE 15th St. and Sooner Rd. The project started in September 2020 and is slated to finish in early 2023.

In July, the state was awarded a $50 million federal grant for the projects. Officials said at the time that project would be moved up in ODOT’s Eight-Year-Construction Plan to meet requirements of the grant. Earlier this month, ODOT unveiled its Construction Plan for 2022-29.

ODOT will commit an additional $2 billion into highway infrastructure and the state’s economy, totaling nearly $8 billion by the end of the decade. More than 300 new projects were added to ODOT’s Eight-Year Construction Work Plan for 2022-2029, which was approved Oct. 9.

“Oklahoma truly has some great momentum in bringing our highway system back to a manageable condition, and this year’s update to the Eight-Year Plan and Asset Preservation Plan will help us continue to preserve and enhance the transportation system,” Oklahoma Secretary of Transportation and ODOT Executive Director Tim Gatz said in a news release.
Eastern Oklahoma County will see $181 million in road improvements over the next several years. A total of 14 project are planned for the area.
Those projects include:

2022
The I-40 Douglas interchange will be rebuilt as a Single Point Urban Interchange. The design helps move traffic efficiently and safely in areas with limited space. ODOT used the SPUI design for the I-40 and Morgan Rd. interchange in west Oklahoma City.
The Westminster and Anderson bridges will be improved to increase vertical clearance. The Westminster bridge will be raised up and the Anderson bridge will be reconstructed.
The widening project will expand the interstate from four lanes to six lanes. When completed, I-40 will be six lanes from Shawnee to Oklahoma City.
I-35 will also receive a pavement overlay between Fort Smith Junction and north to I-44. The $8 million project was moved up from 2027.

2025
U.S. Highway 62 will receive an overlay and safety modifications between I-35 and the Kickapoo Turnpike near Harrah. The $11 million project was added to the plan to improve pavement conditions and road safety for the busy 16-miles of roadway.
“Heavy maintenance projects like this will help preserve the roadway until a full reconstruction project is available,” said Lisa Shearer-Salim, ODOT spokesperson.

2026
US-62 bridge rehabilitation near N. Choctaw Rd. The project is estimated to cost $4 million.

2027
Widen and reconstruct I-40 from Luther Rd. to Harrah-Newalla Rd. The $30 million project was pushed back from 2025 but could move forward if funding becomes available.
Reconstruct I-40 bridges over Sunnylane Rd. The $10 million project was moved back one year from 2026.
I-240 pavement rehabilitation and diamond-grinding between I-35 and S. Air Depot Blvd. The project is estimated to cost $4 million.

2028
I-40 bridge reconstruction over S.E. 29th St. in Midwest City and Scott St. in Del City. The projects are estimated at a total of $11 million.

2029
US-62 bridge rehabilitation over Crutcho Creek. It is estimated to cost $2 million.
I-35 reconstruction between I-35/I-40 Fort Smith Jct. and Dallas Jct. The project will cost about $4 million.