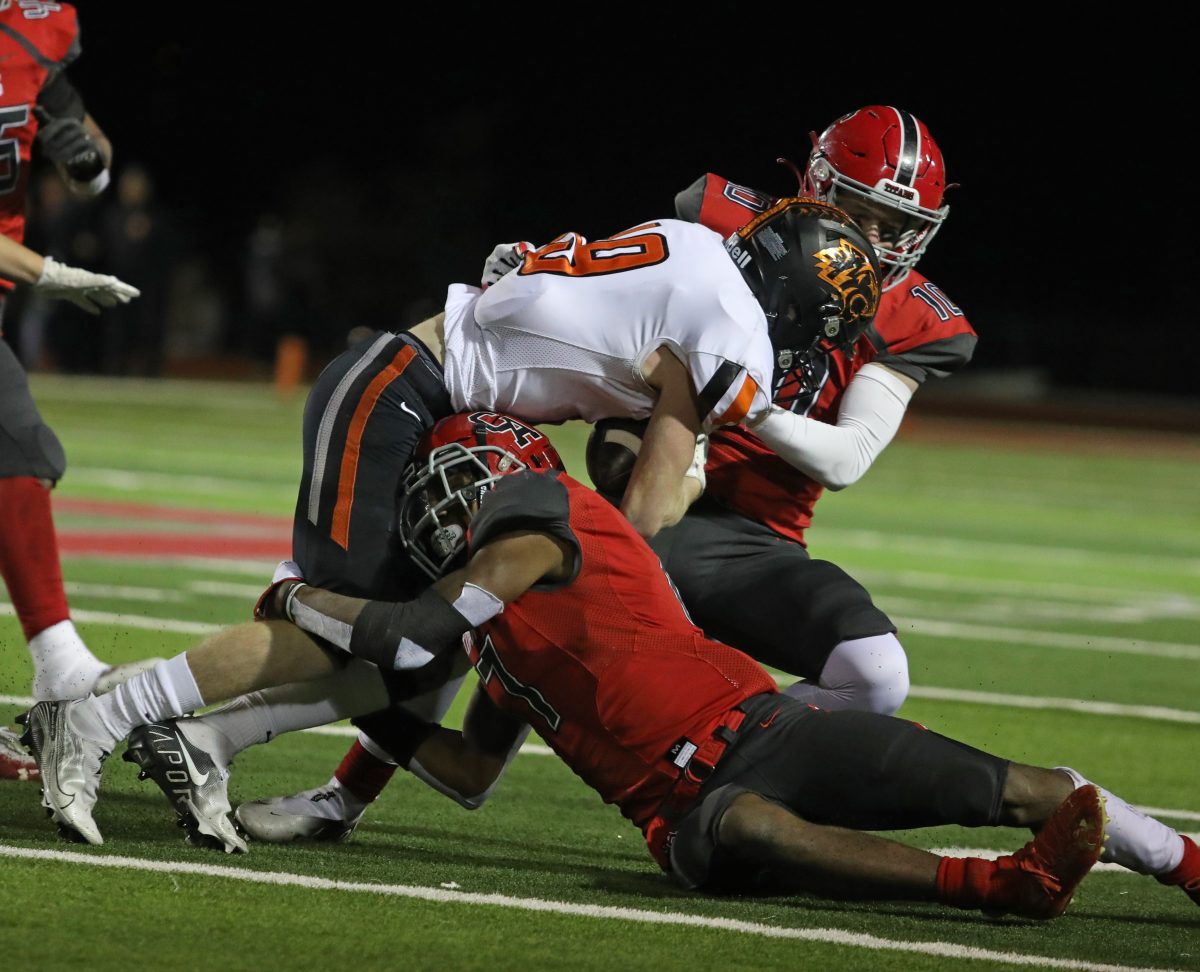 Carl Albert and Collinsville face off Friday at Western Heights

Football practice on Thanksgiving is a tradition at Carl Albert.

The Titans will keep it up this Thursday as they put in final preparations for their Class 5A state semifinal game against Collinsville.

The Titans went on to win the 5A state title both years as part of a run of five straight championships. Carl Albert is looking to make six straight this year.

Carl Albert has won 10 straight after opening the year with back-to-back losses against Midwest City and Del City. Collinsville (12-0) has been dominant all year, outscoring their opponents by 21 or more points every game.

Collinsville has been averaging more than 52 points per game. Much of their success has come from quarterback Andrew Carney and running back Brayden Gilkey. The pair combined to rush for nearly 600 yards and scored eight touchdowns last week against Bishop McGuinness.

The Titans defense has been stellar late in the year. They have not allowed more than 14 points in each of the past six games.

The semifinal game is set for 7 p.m. Friday at Western Heights High School.

The winner will advance to the 5A state championship game Dec. 4 at UCO. McAlester and Lawton MacArthur face off in the other 5A semifinal game on Friday.