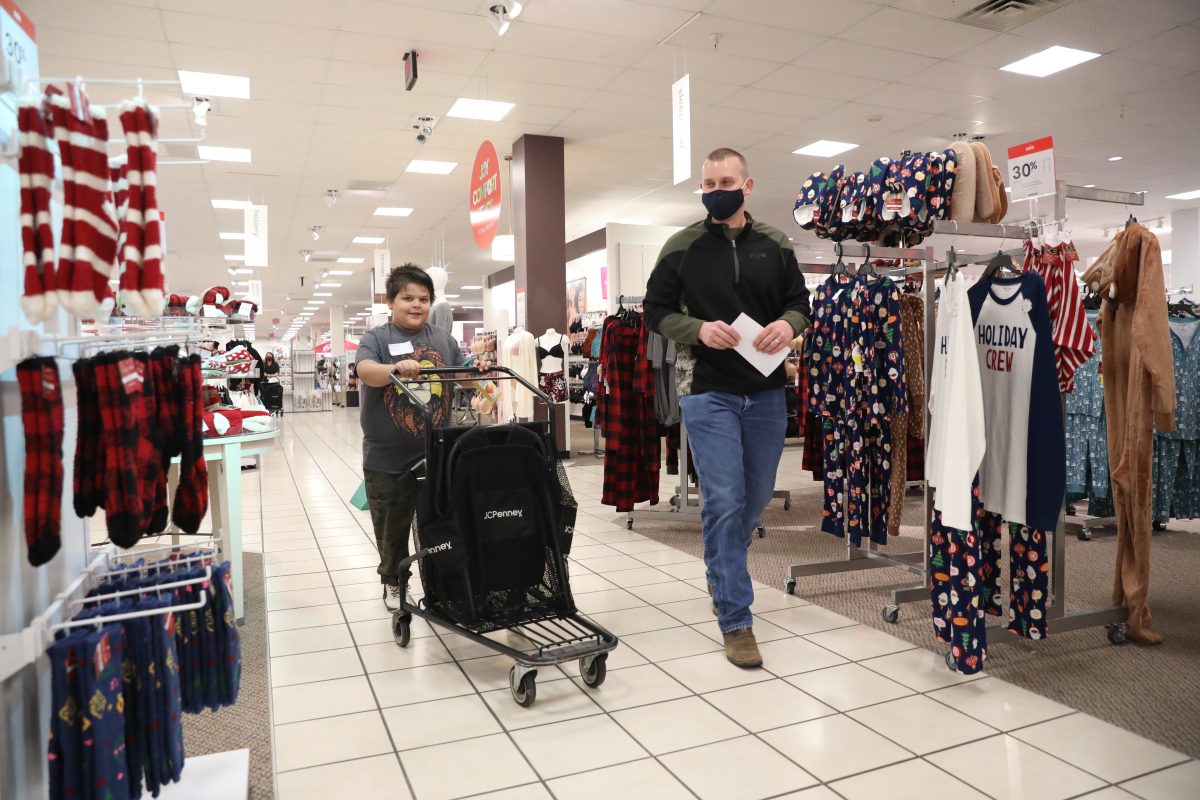 An employee at Tinker Air Force Base helps a local student shop during the 30th annual Clothe-the-Children event at JC Penney in Moore on Dec. 3. Photo by Jeff Harrison

A holiday tradition of giving continues for a group of employees at Tinker Air Force Base.

Thirty-six children from each of the 15 district elementary schools took part in the event. Each child had $150 to spend on clothes. JC Penney’s also provided coupons. Children also received breakfast and snacks afterwards.

Rachelle Ridlen works in the Tinker office and helped organize the event. It was her second year to plan it. She said they got a late start this year and relied more heavily on donations from employees. The Commercial Derivative Aircraft Division office has about 200 employees – both civilian and military.

“Most of our group is working from home so it was hard to do fundraisers,” she said. “Last year and this year, we accepted donations and we’ve been really generous with the donations this year and we were able to clothe 36 kids this year.”

Tinker employees also volunteered to help shop with children at the event.

Dani Dobbs, who works at Tinker and coaches softball at Carl Albert High School, was among the volunteers.

“It’s cool for me because it was a meeting of both worlds for me,” she said. “And I was really excited to hear about it and to help shop.”

“It’s an awesome event that Tinker sponsors and that shows how much they want to invest in our schools.” It’s become a tradition that we look forward to and benefits our students greatly.”

“When they called last year, I was thrilled because I loved doing that event,” Haley said.

Clothe-the-Children started in the early 1990s after a Tinker employee saw a young boy walking to school without a coat. After seeing the same child several times, the employee bought a coat and tried to give it to the boy. But the scared child wouldn’t accept it. The employee shared his experience with his co-workers and they decided to start the event, a tradition that continues to this day. 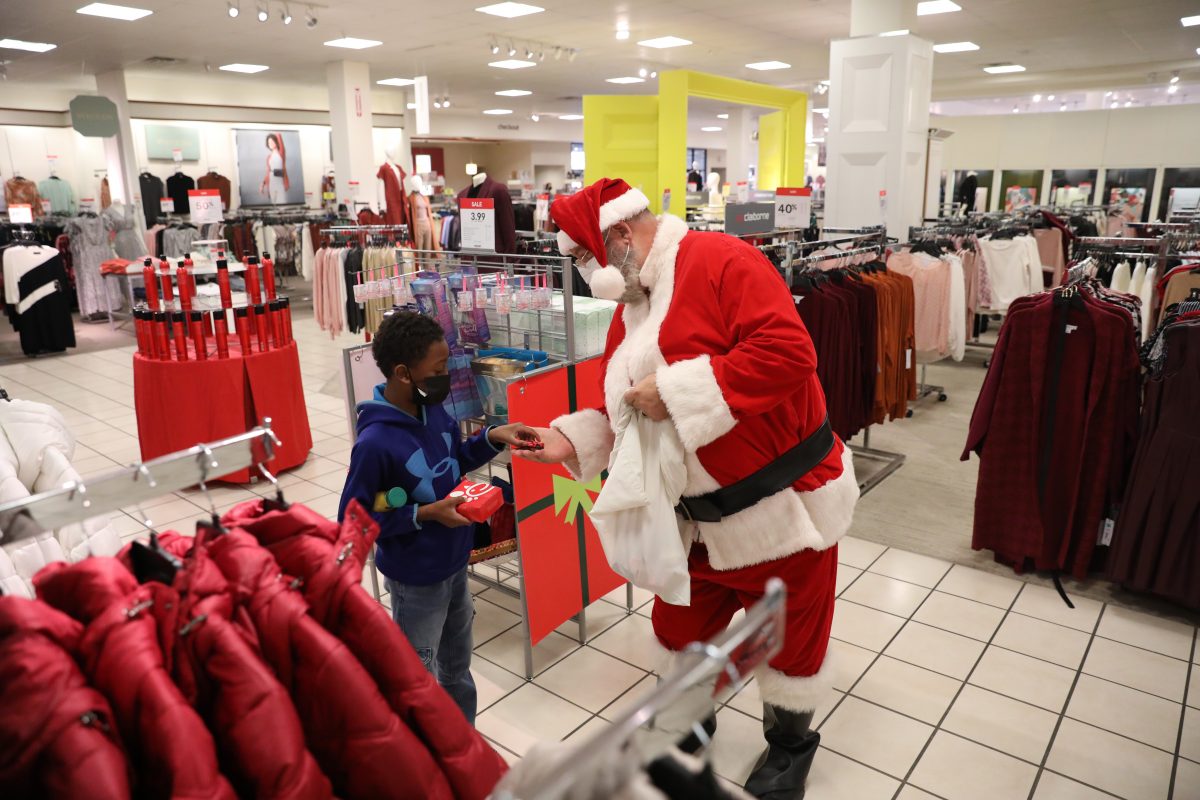 Santa gives a young shopper a treat during the 30th annual Clothe-the-Children event at JC Penney’s in Moore. Photo by Jeff Harrison 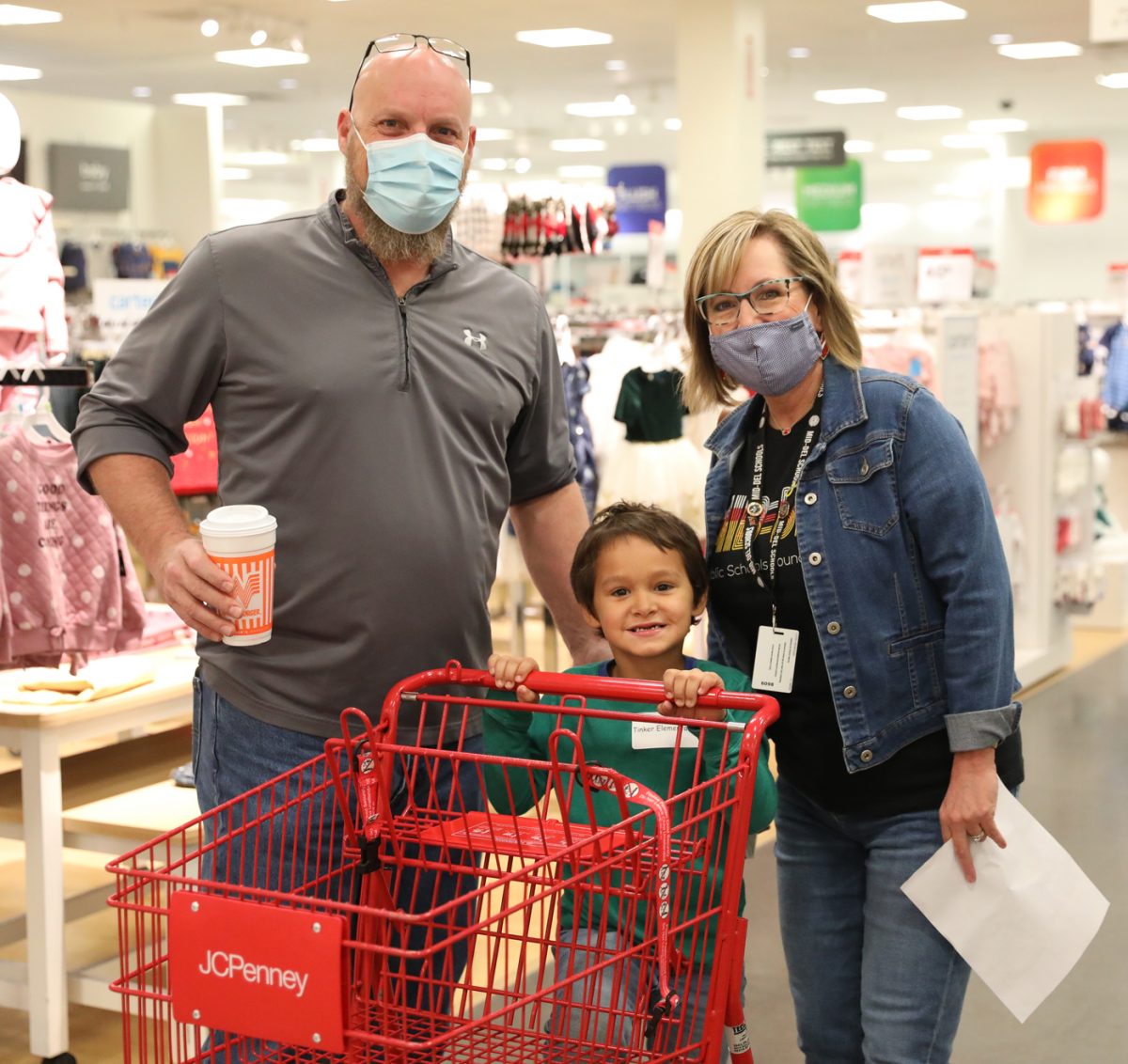 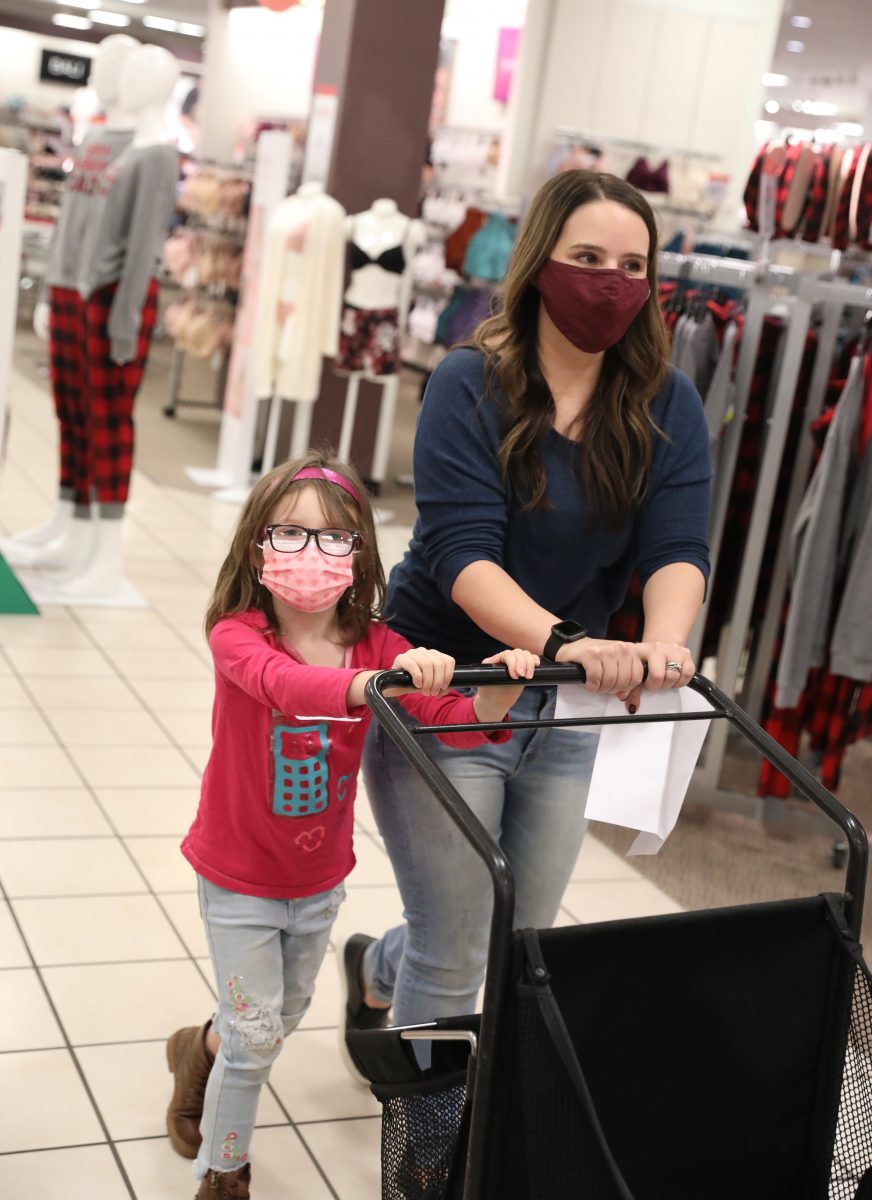 An employee at Tinker Air Force Base helps a local student shop during the 30th annual Clothe-the-Children event at JC Penney in Moore on Dec. 3. Photo by Jeff Harrison