It’s not your average basketball team, but the love of the game, deep sense of camaraderie and drive to win remain – and players with a new team are looking for more individuals to join the squad.

The sport is Granny Basketball. Open to women aged 50 and over, the league does not play hoops as seen on most courts, but rather a “gentler” game that encompasses 1920s rules – with uniforms that embrace that heritage.

“Who would have ever thought those of us who played and loved the game of basketball would be able to play in our old age,” team co-captain Lori Rupert said. “And we can play until we are still able.”

While some members would like more modernized play, Rupert said she embraced the format.

“I like it because our bodies cannot do what we once did as younger women,” she said. “Our minds are our biggest enemies because we think we want to run, jump and hit the ball out of someone’s hands but our bodies cannot handle the way we once played.” 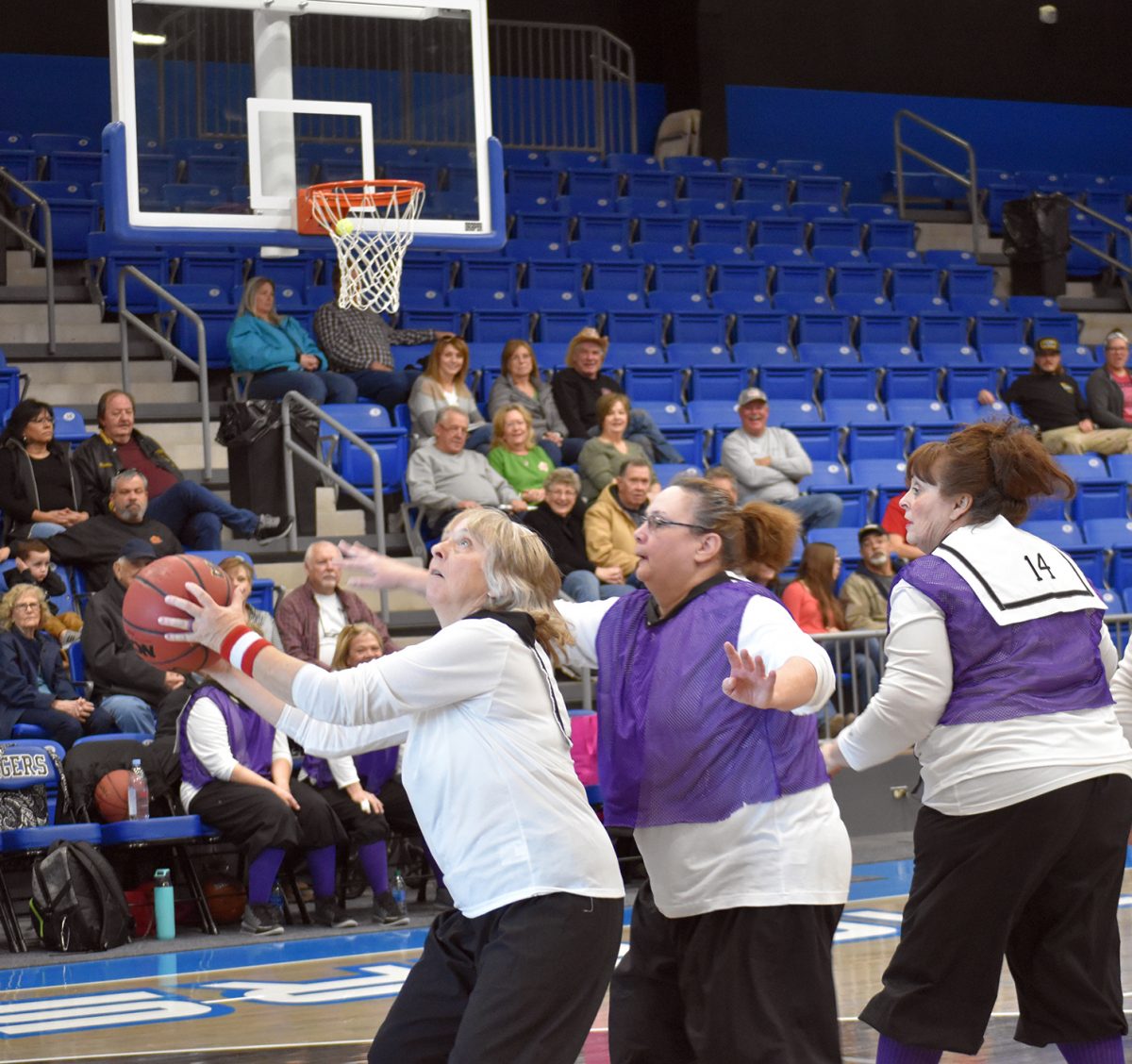 The formula is definitely a winning one, as woman flock to compete in a league growing by leaps and bounds, organizers say – including in Oklahoma, where Rupert and other area players are calling their new team the All Stars.

Granny Basketball League kicked off in 2005 when a woman named Barb Trammell and her friends formed two teams in Iowa; this year, 40 organizations comprising more than 400 players are listed on its roster. The league has three divisions – eastern, southern and western – that comprise teams from Oklahoma, Kansas, Iowa, California, Virginia, Missouri, Louisiana, Texas, Minnesota and Wisconsin.

Rupert began her association with the league in 2018 – the same year Granny Basketball first came to Oklahoma – after seeing coach Kay Talley and an area player being interviewed. She first played during that year’s national tournament held in Norman; now in her fifth year in the league, she decided to strike out on her own and start a new team.

Within the All Stars, Rupert and her husband Tim are a basketball partnership of their own – Tim Rupert is the new All Stars coach, with Mary Nelson serving as co-captain. The new team comprises mostly players who formerly played with the other two Oklahoma City teams, residing in Canadian County, Tuttle, Oklahoma City, Del City and McCloud – and more members are always welcome, Rupert said.

For anyone interested in learning about playing Granny Basketball, the All Stars are hosting a special “learn to play” event from 10 a.m. to 11:30 a.m. Saturday Jan. 8, at Bridgestone Intermediate School, located at 1700 S. Council in Oklahoma City. The only requirement is the age restriction of 50-plus, Rupert said.

“The Jan. 8 event will showcase the Granny Basketball game and how it’s played, and most of our players will be wearing the uniform so everyone can see our 1920s style of uniform,” she said.

If there is strong interest in the Jan. 8 event, the All Stars will encourage more teams to form, Rupert said.

“This event was very successful in Wichita and there were four teams that formed – so that’s the level of interest we’re looking for,” she said. 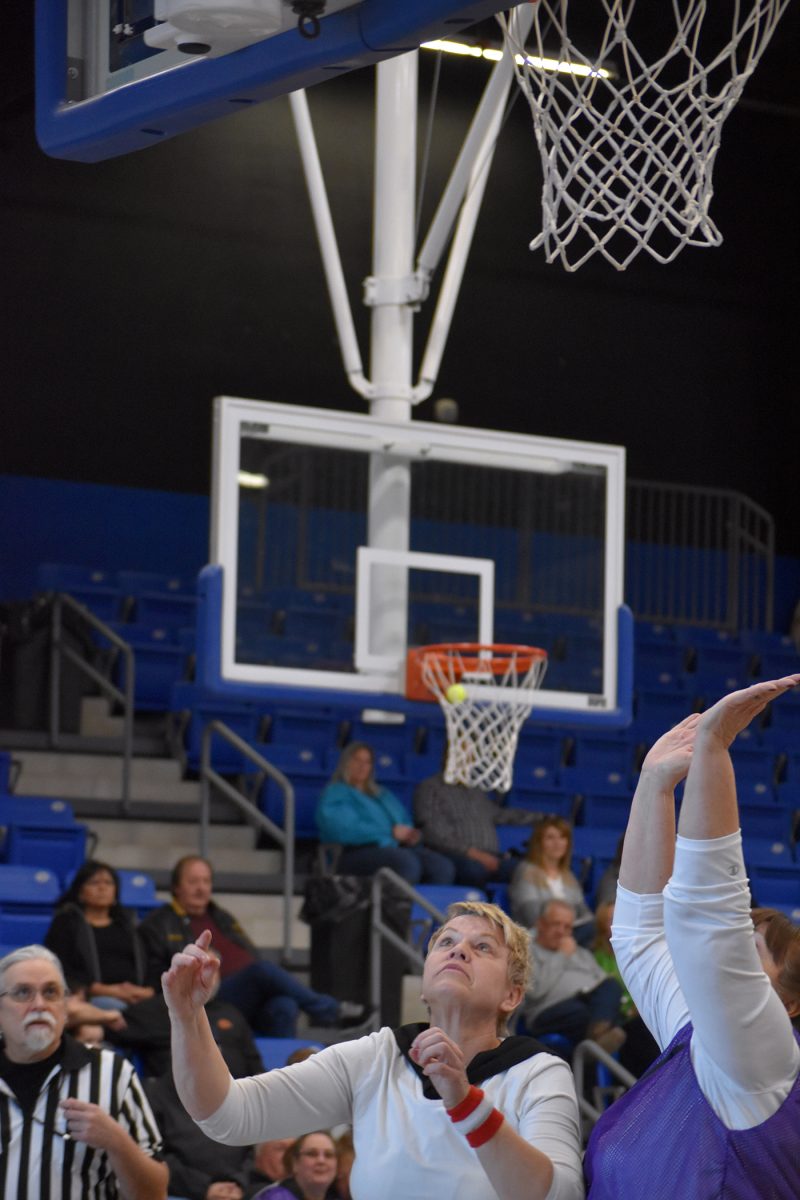 New Oklahoma All Stars organizer/co-captain Lori Rupert plays defense during a past Granny Basketball game. The team is hosting a ‘learn to play’ event Jan. 8. (Photo by Traci Chapman)

In addition to fun and love of the game, there is a serious side to Granny Basketball – fundraising for area nonprofits and benevolent organizations. Rupert was a major part of efforts benefitting Union City Police Department’s annual Shop With a Cop program through her former team; the All Stars plan to do the same for Del City’s 2022 Christmas Shop with a Cop, among others.

“Throughout the year we will schedule fundraising games with the community, including any school or community organization who would like to play us to raise funds for their organization and our charities,” Rupert said. “We also welcome sponsorship for our team and these events, and we hope to play at halftime of women’s college or girls’ basketball games – it’s always fun and entertaining.”

The All Stars practice weekly in Oklahoma City; starting in February, the team will begin playing teams in Kansas and Texas, as well as hosting round-robin play for four Texas and Oklahoma teams in April.

“We travel some weekends – games are either on Sundays in Kansas or Saturdays in Texas and Oklahoma,” Rupert said. “Our season ends in July with a National Tournament.”