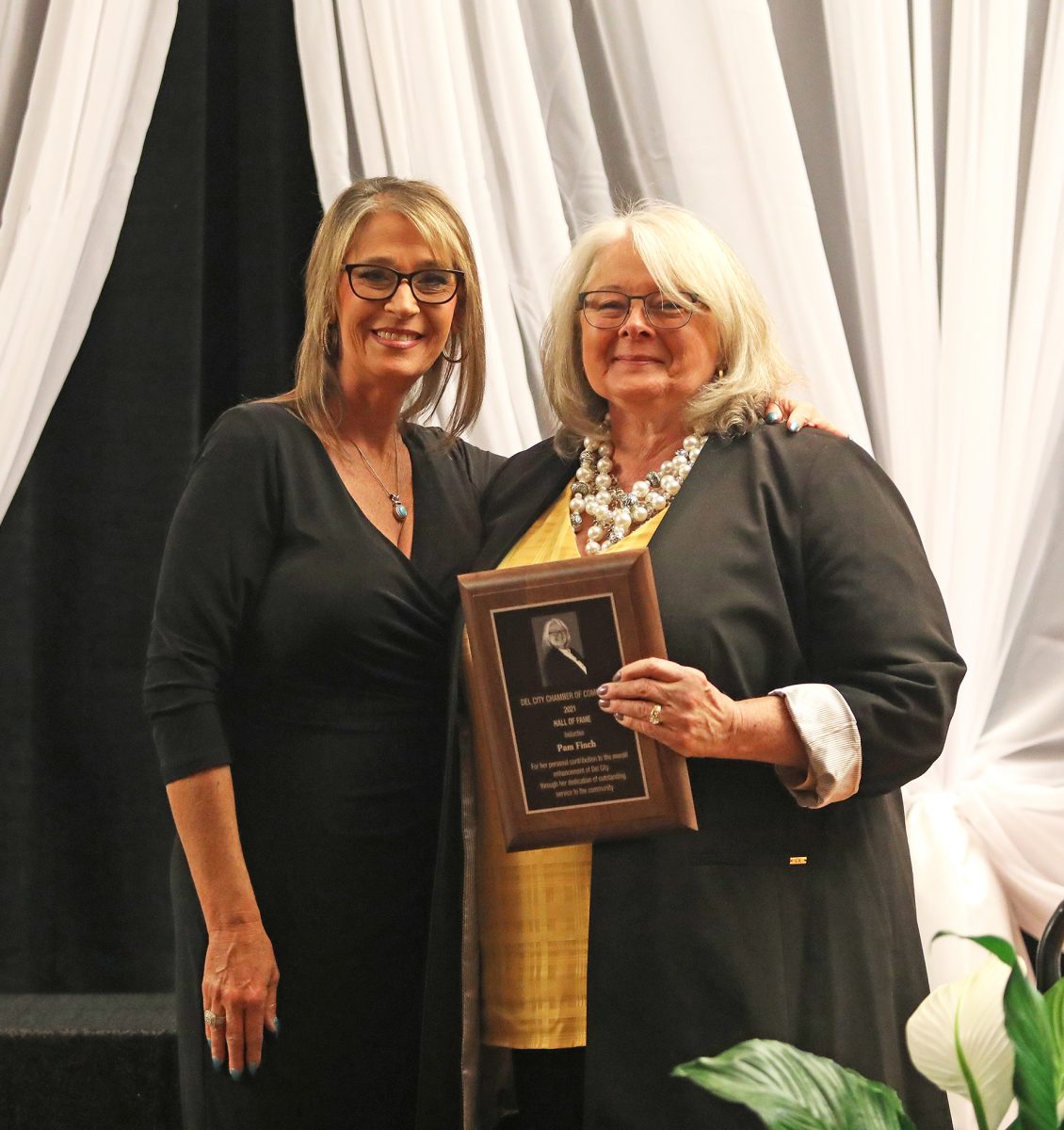 Some of Del City’s finest were celebrated last week during the Del City Chamber of Commerce’s annual Awards Banquet and Hall of Fame ceremony.

The Chamber recognized residents, business owners and employees for their dedication to the community.

Pam Finch received the top honor as she was inducted into the Del City Chamber of Commerce Hall of Fame. Finch is a longtime resident, business owner and community supporter.

“It is my honor to be able to present this award to such a deserving person and probably one of the most sincere people I’ve ever met,” said Michelle Caruso, Del City Chamber president, who introduced her.

Finch moved to Del City with her family at a young age. Her parents, Bob and Carolyn Wood were active in the Del City Community and were the owners of Del City Music for 45 years.
She played piano and sang in the family band, The Bob Wood Show, for years while growing up. The group headlined The Golden Nugget in Las Vegas for six years, and toured and performed across the country.

In 1972, she married the love of her life, Larry Finch. The couple later traveled the country with their own band. They have two daughters Kimberly and Karmen, both Del City High School graduates and successful businesswomen.

Finch opened PJ’s Flowers and Gifts in November 1980. The store has been open 42 years and has won many awards and accolades.

She has served the community through volunteer efforts, with the Chamber of Commerce, and as part of the Del City Beautification Committee. In 2017, Finch was elected to the City Council and won reelection in 2021.Finch has worked on several projects including the new library, community gardens, post office remodel, and updating parks.

Mayor Floyd Eason started the evening by presenting Brittany Parrott with the City Employee of the Year Award.

“She promotes a positive attitude for the City of Del City and has done a tremendous job,” Eason said.

Jason Coleman, who served as Chamber president in 2020-21, thanked the community and chamber for support during the past two years.

“We wouldn’t be here tonight if it wasn’t for each and every one of you members,” Coleman said.

Coleman turned leadership over to Caruso who was sworn in as the new president. Caruso said she has an ambitious plan to connect with all business owners over the next year.

“I want to meet with businesses and we want to find out what it is that the businesses need to keep them succeeding and moving forward,” she said. 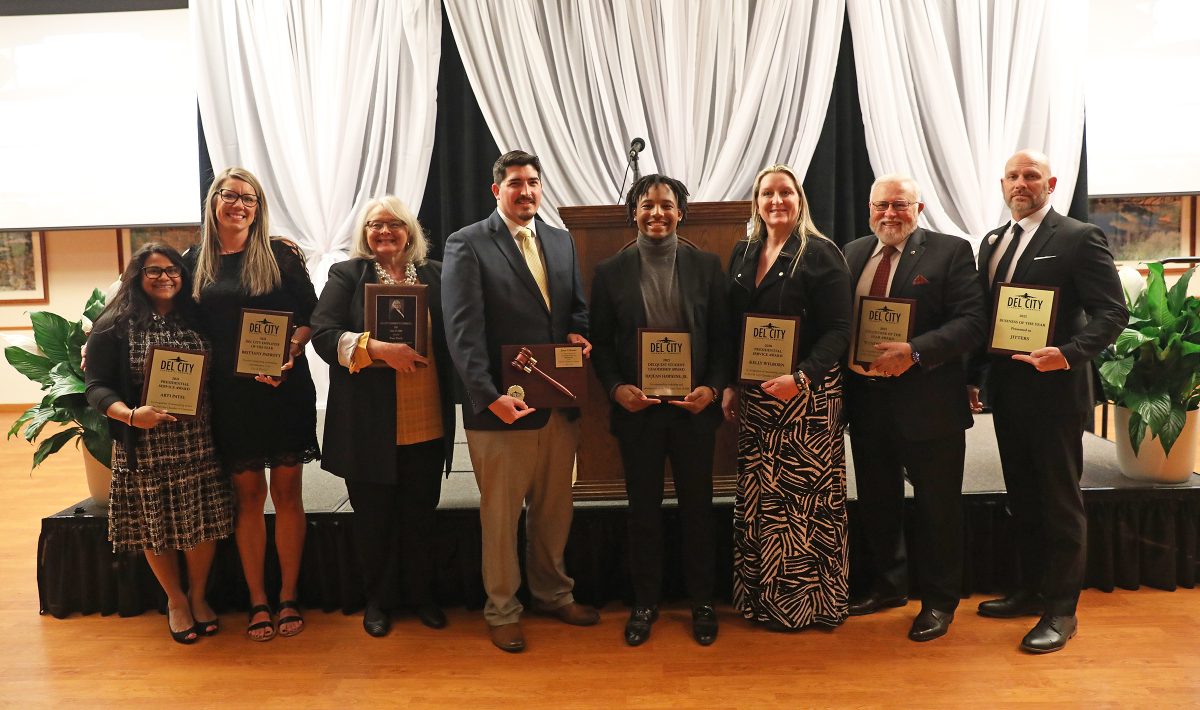 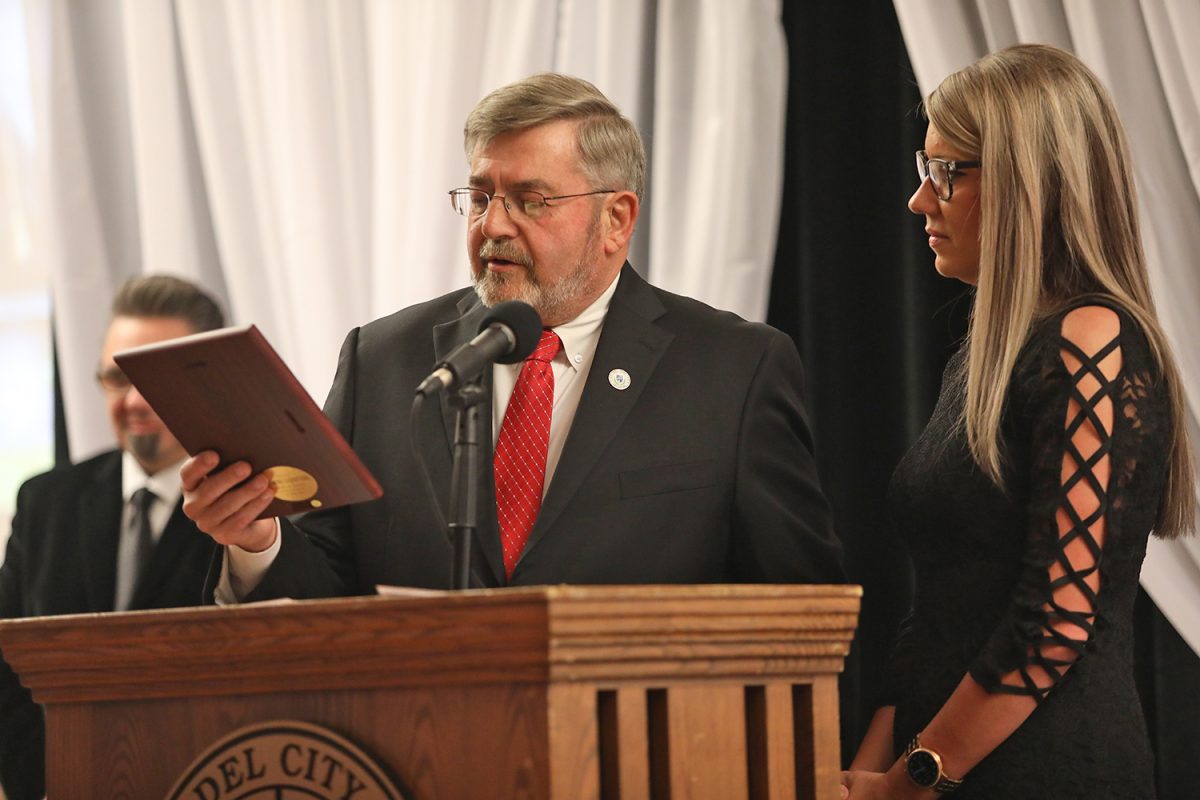