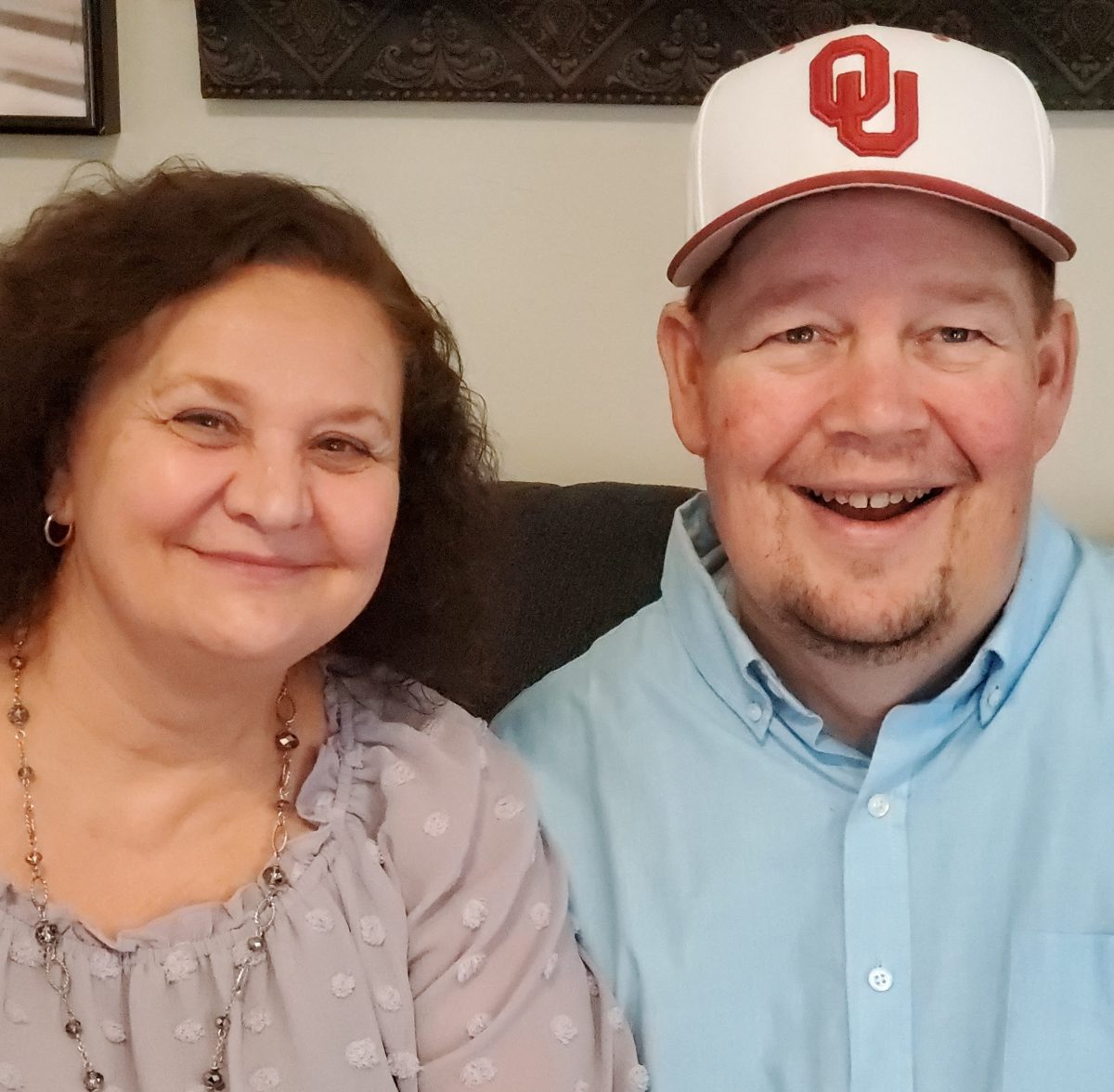 Dana and Brian “Doug” Cloar. Doug is looking for a kidney transplant after learning his kidney disease had progressed to Stage 4.

A longtime Mustang resident is in need of a kidney transplant, and is looking for help from the community.

Brian Douglas “Doug” Cloar grew up in Mustang and graduated from Mustang High School. His mother taught at the middle school and his father was a teacher, coach and then principal for Mustang Schools.

His wife, Dana Cloar, is now tasked with raising funds, among other things, to help.

“He’s was born in Hobart, but mainly grew up in Mustang and he worked for Dayton Tire for over 10 years before the plant shut down,” Dana Cloar said. “Then he went back into landscaping, (it) was something he did while he was in college and high school.”

“He worked for Southern Nazarene University and then he transferred to OU for a little bit,” Dana Cloar said. “He’s a huge OU football fan.”

The University of Oklahoma decided to contract out their landscaping, meaning Doug lost his job before deciding to return to Southern Nazarene until this past year in June.

“He began having episodes at work where heat exhaustion caused him to go to the hospital,” Dana Cloar said. “They found then that his kidney disease had progressed to Stage 4.”

He also had Hypothyroidism, blood clots in one of in his legs and experienced back issues.

Dana said Doug hasn’t been able to return to work since June 2021. The family has been applying for Medical Disability, but the process has been long and frustrating.

“I feel emotionally drained and the kids are worried,” Dana Cloar said. “He’s had several syncopal episodes where he passes out and they’re worried if he needs to be driving alone.”

Dana said the family has received education indicating an average transplant only lasts eight years. People like Doug, who need kidney transplants, may need additional transplants in their lifetime.

A healthy donor or blood relative could cause a kidney to last as long as 20 years.

Dana is looking for the public to donate money or help her organize a fundraiser to raise money. That is on top of those interested in being donors.