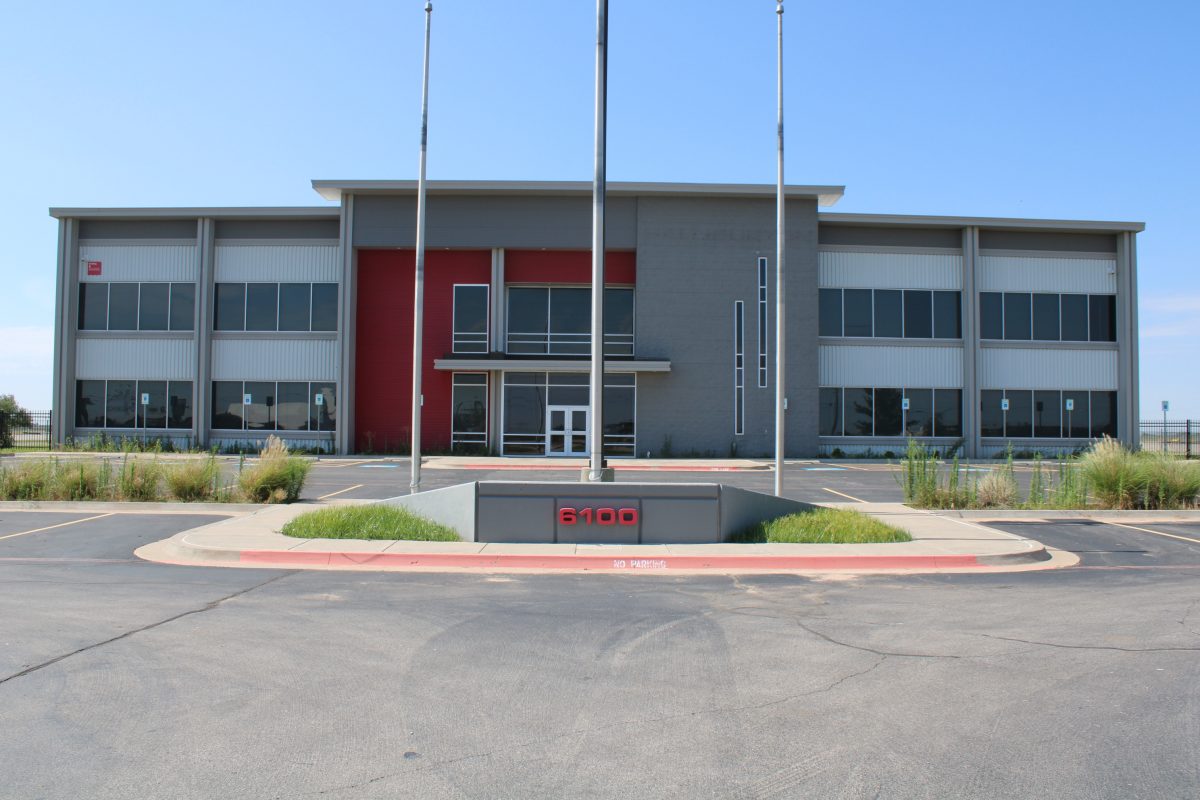 Health Department building will be located between Yukon and El Reno. Funds for the building are from the American Rescue Plan Act funding the County received.

news@mustangpaper.com
The future of the Canadian County Health Department took another step toward reality when the Canadian County Commissioners approved of the purchase of a new building for the department on June 27.
Located at 6100 E Highway 66, the building is fully built and is not far from the Canadian County Children’s Justice Center.
Members of the Canadian County Health Department leadership team attended the Commissioners meeting. Maggie Jackson, the Canadian County Health Department Interim Regional Director, introduced her team and stated her excitement for the future.
“We’re thankful for the support,” Jackson said. “We’re really excited about the future. We served over 60,000 clients last year during COVID. So, we feel like this facility is going to better equip us for responding in the future.”
The process of getting the new facility began with a request from the County Health Department for American Rescue Plan Act (ARPA) funds in August of 2021.
Originally, the request for funding was meant just to upgrade the County Health Department, and on Monday the commissioners got the chance to approve of the upgrades through the new facility. David Anderson, Commissioner for District 2, shared his thoughts during the meeting on the subject.
“I appreciate the fact that you guys have been willing to work with us and the vision that you guys have for how to best serve our county,” Anderson said. “I really think that we agree that construction is so volatile right now that acquiring this property really does make sense.”
Marc Hader, Commissioner for District 1, said the holding of funds when people pressed the county to spending the funding in the past has helped make the county able to grant the request for the new facility.
He clarified that he has noticed a lot of angst about the way the commissioners will use the ARPA funding and the speed they are using it.
“We’ve been very deliberate, which I think most citizens would want their elected officials to be,” Hader said. “But these guys, this was the very first request we had of any kind.”
“…This is to help our health department have a first-class facility,” Hader said. “I think I can say that we actually have an idea that there will be a partnership where we are largely going to buy the building and then we’re going to call on them to help renovate it the way they want. It’s going to have to have some changes internally. So, it’s not going to be like tomorrow or in a month or maybe in six months that they’re going to be able to be up and running.”
Hader said the point is the Health Department is a good and proper use of the ARPA funding to help serve citizens with their health needs.
Jack Stewart, Commissioner for District 3, mentioned the choice of location is pretty good for the county, too.
“It will bring it a little more central between Yukon and El Reno and is in the County Seat, which is a requirement,” Stewart said. “Once we get it fixed the way you guys want it, it’s going to be a perfect building for the entire county.”
Hader was also complementary of the location.
Stewart was forced to abstain from the vote since the purchase of land would require spending funds the Commissioner leaving from the District 3 seat is not authorized to spend. The practice is meant to restrict a leaving commissioner from putting an incoming commissioner into a bad situation when he or she assumes office.
Anderson and Hader approved the vote.
“I would like for the perception to be that all citizens of the county (can go here) for their vaccination needs, their health exams, any public health services and I think that for too long the county health departments have been seen as a place for people with no other resources,” Anderson said.
“…(I’d like to see our Health Department provide) everyday health-related services,” Anderson said. “This location will be more conducive to that. It’s easier to access.”
Posted in Mustang Times Area News, Mustang Times Breaking News