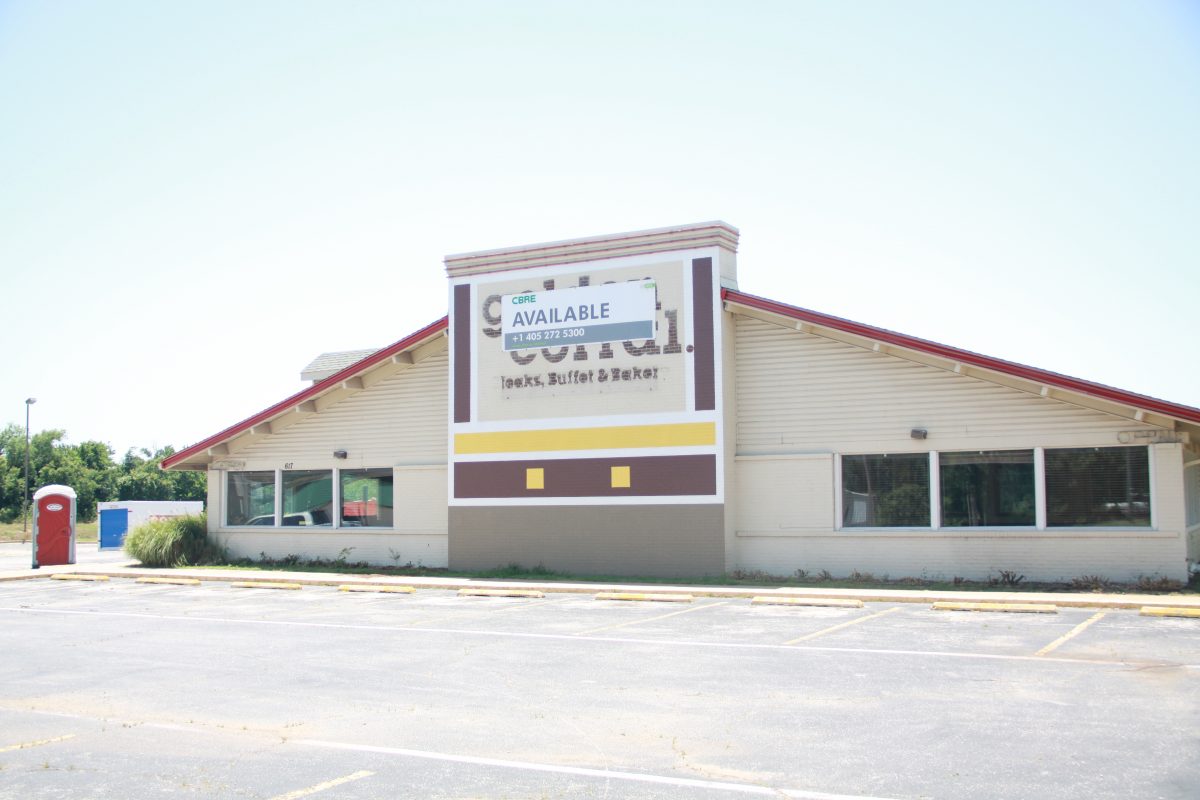 Voyage Long Term Care purchased the former Golden Corral, 617 S. Air Depot Blvd. The company plans to renovate the building and use it for their corporate office. Photo by Valerie Scott

A vacant building on Air Depot Blvd. will soon have a new occupant.

“We have outgrown our current office space and I had been watching this building on Air Depot for a while,” said Brad Underwood, owner and CEO of Voyage Long Term Care.

Underwood says they will completely renovate the interior of the building, replace the roof and paint the exterior. He said they hope to have the building finished by early 2023.

“We’re gutting the building and doing a complete overhaul,” Underwood said. “It will basically be a shell and we’ll build it out.”

The building has deteriorated over the past few years, largely due to vandals, Underwood said. The copper wiring had been stripped from the building and the roof was damaged. They also believed some people had been living in the empty building.

“The building was abandoned and in rough shape, and we knew that going into it,” Underwood said.

Crews started demolition work on the inside of the building a few weeks ago. Underwood says they will then replace the roof, rewire the building and repair the sprinkler system before starting construction. New landscaping will also be added.

“We’re trying to make it look as nice as possible on the outside because it’s a high traffic area,” Underwood said.

About 30 employees will work in the Midwest City office daily. The building will also be used for training and interviewing. The company has nearly 300 employees.
The 10,000-square-foot building sits on more than 7 acres of property. According to the county assessor’s records, Golden Corral opened the restaurant in 1991 and remodeled the building in 2013.

The restaurant closed in 2019 when a new one was built on Sooner Rd. in Del City.

“We are very thankful someone purchased the building and will bring office jobs to the community,” Coleman said. “It’s good for the city and it’s good for the school district.”