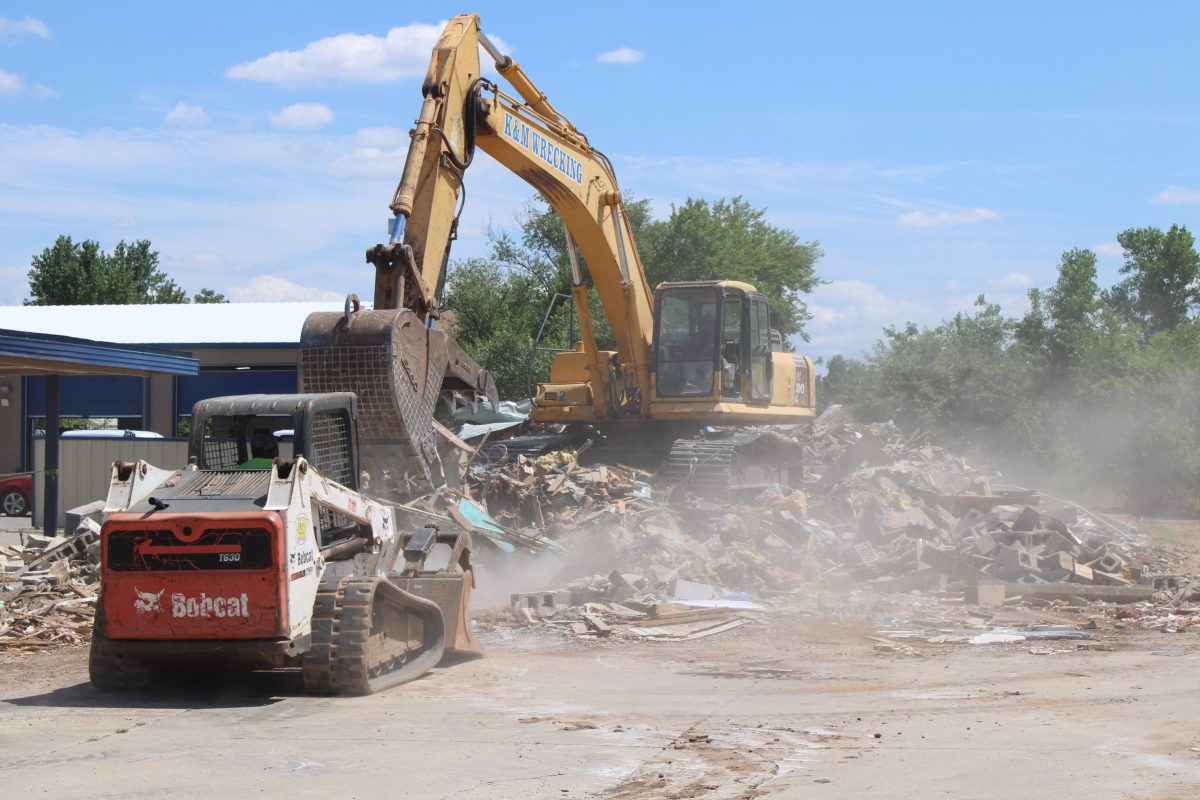 Owners of the property agreed to tear the building down. (Photo by Jacob Sturm)

The property, located at 826 S. Lewis Lane next to Mustang Flowers and Gifts, has been vacant for quite some time. The last business to be actively operating out of the location was Pleasant Pools, a pool supply store.

Mustang’s Community Development Director, Melissa Helsel, mentioned the issue being discussed in part due to the Mustang Fire Department bringing the structure to the attention of the city.

“The issue was first brought to us by the fire department, and after inspection they determined that it wasn’t a safe structure,” Helsel said.

The City of Mustang’s building inspector went out to the property and inspected the dormant building. Helsel said the determination concurred with the fire department that the property was not fit for habitation.

Before a building can be condemned, the City of Mustang has to hold a hearing. Tim Rooney, Mustang’s City Manager, served as the arbitrator over the meeting.

If the owners were willing to get the building up to code, the building would not have to be torn down by the scheduled deadline. Helsel said the owners came together and agreed that it needed to be demolished.

On Tuesday, June 28, 2022, construction workers were out at the property with multiple machines to tear down the structure. Within a few hours, the structure became reduced to a pile of rubble.

Once the step started, there could not be any salvaging of the structure for the intended use of something else. Instead, the goal will be selling the lot and allowing whoever the buyer is to work out the plans with the city.

“The land will go up for sale,” Helsel said. “This is owned by someone. And so, that person has indicated that they’ll try to sell that parcel.”

As for the present, the deconstruction leaves a gap between buildings containing Gerber Collision and Glass and Mustang Flowers and Gifts. The Mustang Times will be tracking the area as its future use is being determined