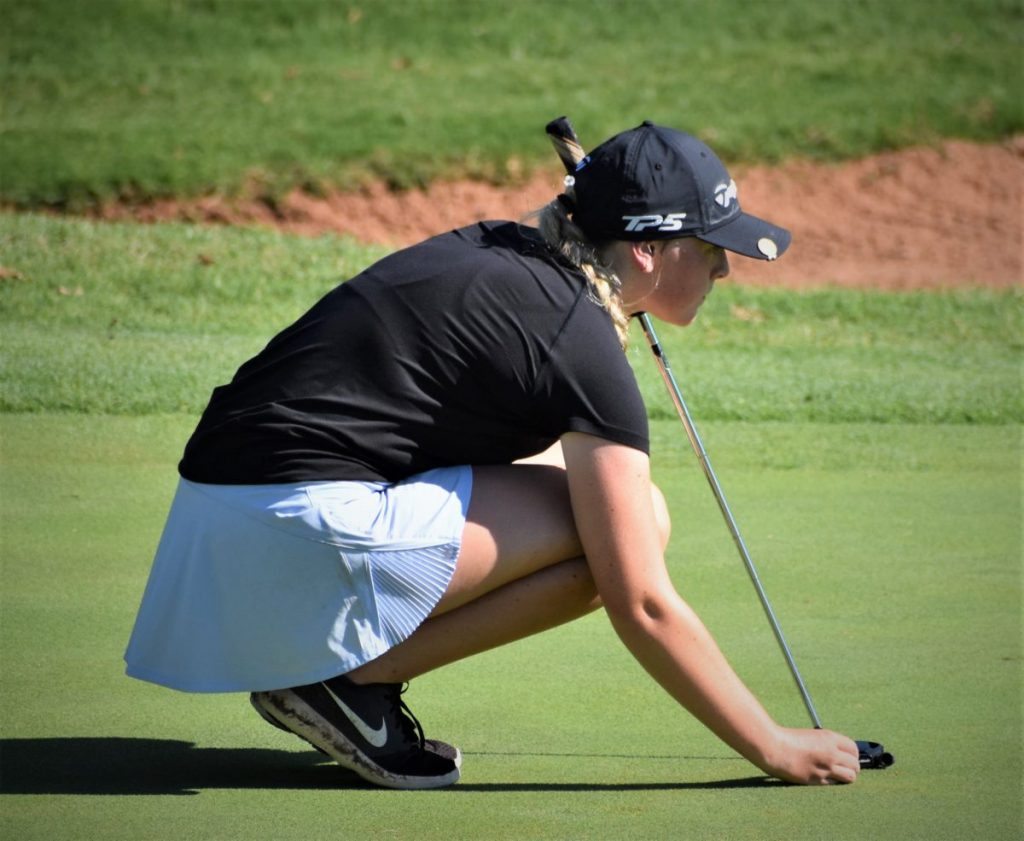 Peyton Black had a big week on the golf course.

The Carl Albert junior won one Junior PGA tournament and placed in the top five in another.
Black took first place at the Lincoln Park Junior tournament last Wednesday at Lincoln Park Golf Club – East Course. She shot an 8-over-78 to win the Girls 16–18-year-old division.

After bogeying the first two holes, Black birdied the par 5, No. 4 hole. She also finished strong by hitting par on four of the final five holes.

Heather Hunkele was three strokes back in second with an 81. Choctaw’s Katie Blasingame finished seventh overall with a round of 88.

Earlier in the week, Black and teammate Miah Luong competed in the Players Tour at River Oaks Golf Club in Oklahoma City.

Black finished fifth overall with a score of 173. She shot 90 on the first day and 83 on the second. Luong was one spot back in sixth with a 180.

Edmond’s Lauren Dage won the tournament with a157.

Carl Albert senior Kamryn Zuniga competed in the Women’s Oklahoma Golf Association Championship July 12-13 in Stillwater. She finished 17th overall in the championship flight with a 165.