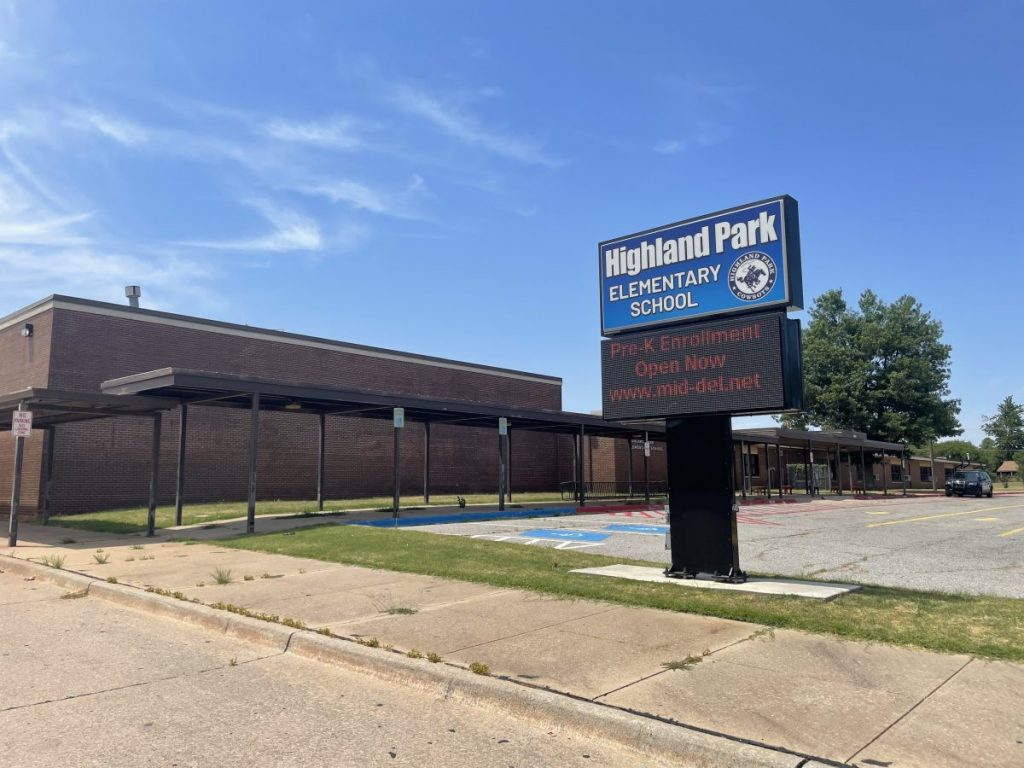 The school board voted unanimously last week to sell the shuttered Highland Park Elementary School to a community healthcare group, while rejecting a bid for the former Jarman Middle School.
Community Health Centers of Oklahoma agreed to buy the 71,000-square-foot building at 5301 S. Dimple Dr. in Oklahoma City for $800,000. The non-profit organization plans to convert the former school into a community-based healthcare center.

Community Health Centers of Oklahoma officials said the new Highland Park campus will be modeled as a community health and wellness center with various social service agencies to be located under one roof. When completed, the new health campus will offer primary healthcare, dental, behavioral health, pre and postnatal healthcare for pregnant women, low-cost pharmacy, optometry, a healthy eating demonstration kitchen, and a health and wellness education auditorium.

Isabella Lawson, chief executive officer of Community Health Centers of Oklahoma, said she is thrilled to expand healthcare services in the area.

“I am excited about the prospects of our new southeast Oklahoma City location. It will offer a variety of services—medical, oral health, behavioral health, medication assisted treatment program, enabling services/case management, pharmacy, medical procedures, as examples —under one roof, which is a first for us and for this part of the city,” Lawson said. “This holistic approach to health and wellness should positively impact the lives of residents in 73135 and other surrounding zip codes.”

Superintendent Rick Cobb said Community Health has been in contact with the district since they started the process of listing Highland Park and believes the non-profit organization will be a huge asset for the community.

“I honestly can’t think of a better way to continue serving the community than by having a health provider right there in the neighborhood where I know that we have so many families that need closer medical care,” he said. “Regardless of price, a medical provider is the ideal outcome of the property.”

Jarman and Highland Park were both put up for sale in March. The district closed Jarman in May 2020 and spent about two years clearing the title of a previous deed restriction. Highland Park and Steed Elementary were both closed at the end of last school year.

Steed is owned by the City of Midwest City. No plans for Steed have been announced by city officials.

Mid-Del Schools hired Fleske Commercial Group to help market the properties locally and nationally and seek bids for the properties. Eric Fleske, with the group, said they contacted more than 11,000 people as part of the process. They spent most of their time with direct contact with industries or users they believed were best for the building including community health organizations, assisted living, office, residential and the film industry, defense contractors.

“We had a lot of showings and a lot of people interested,” Fleske said.

Despite the strong interest, the district received only three offers for the two properties.

RNT Professional Services, LLC, which specializes in cybersecurity and data privacy, submitted bids for both buildings. The Norman based company bid $250,000 for Highland Park and $110,000 for Jarman.

Jarman’s only bid came from RNT Professional Services, LLC. The school board rejected the bid of $110,000. Community Health Centers of Oklahoma was the other bidder for Highland Park.
The school board accepted Community Health Center’s bid for Highland Park, and rejected the lone bid for Jarman, which they believed was too low.

“I just think we can do better if we do a traditional listing on it,” Cobb said.

Two developers, a charter school and a company in the film industry expressed interest but did not submit bids.

Fleske said rising interest rates and the political climate in the state impacted some potential bidders.

“Interest rates went up literally in the month of the bid and that changed a little bit of people’s attitudes,” Fleske said. “Some state issues in which our legislature and our governor signed has changed some attitudes related to interest in putting a business in Oklahoma.”

Fleske said some people are shy about the bidding process.

“Sometimes people have interest, but they don’t want to bet against themselves,” he said.

The school district will put Jarman back on the market as a traditional retail listing.

School board members asked about the value of the properties. Fleske said that’s a difficult question to answer due to the uncertainty of the intended use. The value would fluctuate depending on if a buyer wanted to renovate the current building or demolish it and build something new.

“One of the challenges for both of these buildings is their age and how they were built,” Fleske said. “So for anybody to use it, the conversion costs are huge.”

The board accepted the bid for Highland Park and added a deed restriction stating that the property cannot be used to compete against Mid-Del Schools.