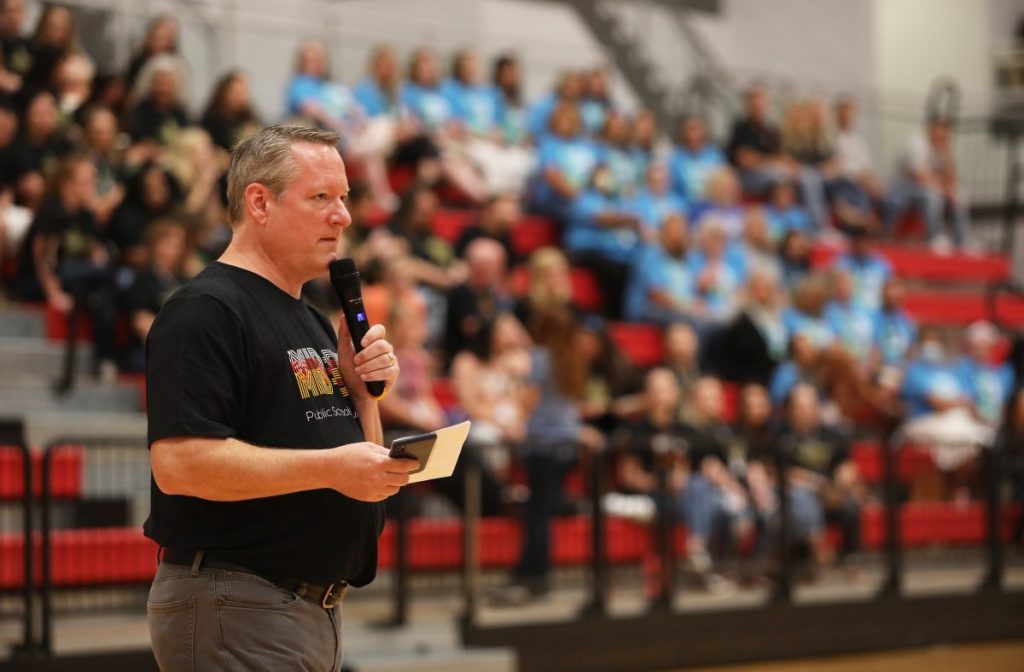 Mid-Del Public Schools welcomed back its faculty and staff last week for the start of the new school year. The district hosted an event for first-year teachers and those who are new to the district on Aug. 2 at First Southern Baptist Church in Oklahoma City.

Superintendent Rick Cobb delivered a welcome address to the staff and shared his personal journey into education. He said he was inspired to become an educator by his mother who worked in special education and fell in love with the profession as an English teacher.

“For 30 years this has been an incredibly fulfilling profession for me,” Cobb said. “But the last couple of years have been hard. I’m not going to lie.”
Cobb said he loves the people he works with and continues to find inspiration daily.

“Aside from the challenges, I’m more excited than I have been in a couple years about starting school,” he said.

Lindse Barks, director of Mid-Del Public School Foundation, spoke to teachers about the role the foundation plays in providing grants for teachers, help for homeless students among others. Barks also announced that the Foundation has been awarded a grant from SSM Health St. Anthony Hospital – Midwest to provide period product dispensers in all bathrooms across the school district. Barks said that 1 in 4 teens have missed class due to a lack of access to period supplies. She said she learned about the issue from the Sisterhood Project at Del City High School, which was led by a few teachers. The Junior Service League and others support the project at Del City High School but wished to find a way to help students districtwide.

“Mid-Del will be the first district in the state of Oklahoma to end period poverty,” she said. “I’m really, really proud of this.”

The district’s new director of diversity, equity and inclusion, Heather Graham, introduced herself to the new teachers and spoke about they can promote equity and better understand trauma some student may be facing. 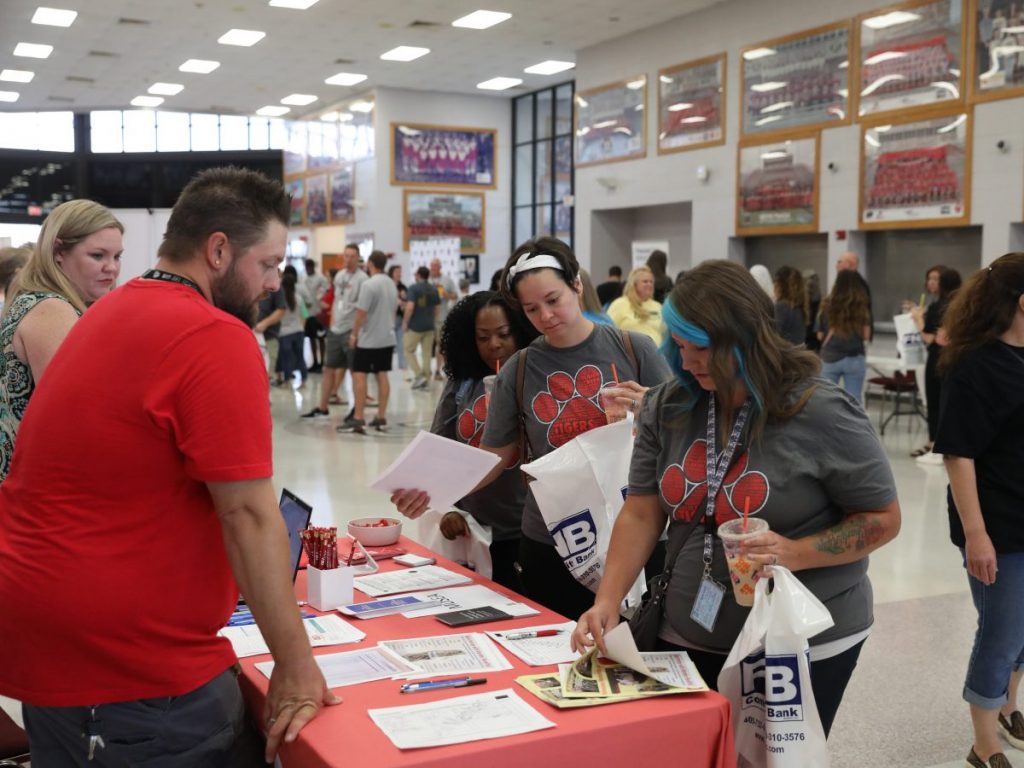 Teachers from Soldier Creek Elementary School visit a booth during the district’s convocation event on Aug. 4. Photo by Jeff Harrison 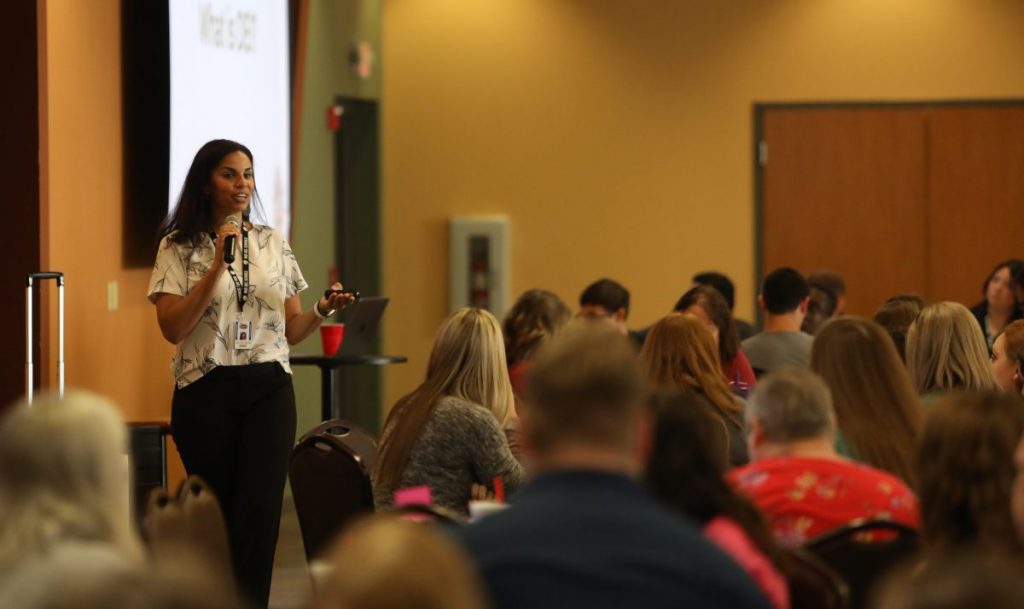 Heather Graham, Mid-Del director of diversity, equity and inclusion, speaks about trauma during an event for new teachers on Aug. 2. Photo by Jeff Harrison 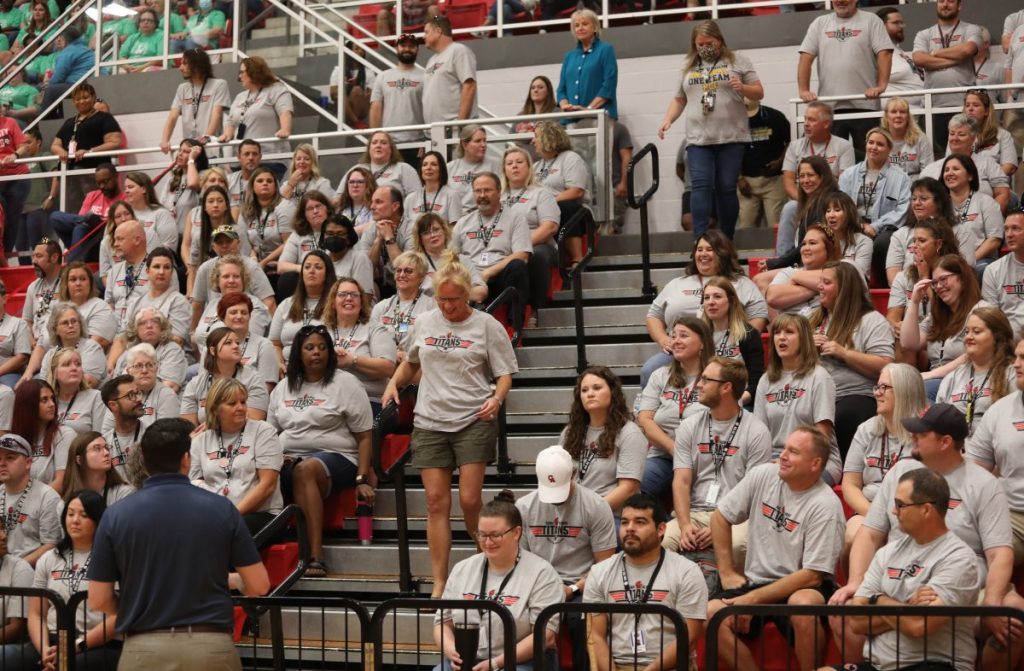