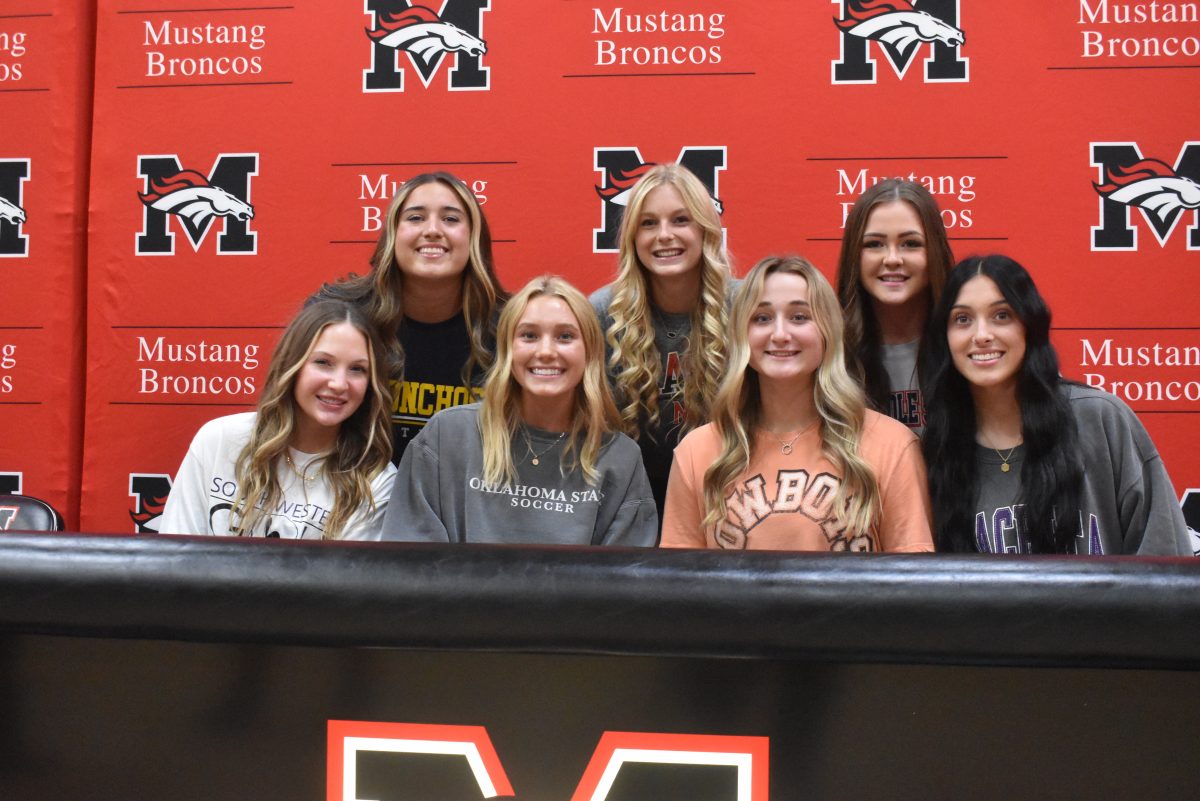 The first official signing day of the 2022-23 school year took place Wednesday. Most of the sports that were involved were women’s basketball, softball and other Olympic sports.

Several athletes from the Mustang athletic program convened at the Mustang Activity center to sign their National Letters of Intent. That included Katie Jones who continued her family legacy by choosing to continue her soccer career at Oklahoma State.

“Growing up I went to every single sporting event at OSU,” Jones said. “OSU just feels like home. It sounds like so cliché, but I went to a bunch of camps and visited other schools. It was just the place that felt the best and the most right.”

Joining Jones in front of the assembled students, family members and coaches was her teammate Lainee Davis, who signed with Mid-America Christian University.

“It’s a really big deal,” Davis said. “I’m super excited getting to play the sport I love for a couple of more years.”

“It means so much to be here,” Barnett said. “Putting so much work into golf has really been the hardest thing in the world. Then coming out here and seeing my whole family support me during this day really means a lot to me.”

Each of them had various reasons for choosing the schools they did. But more often than not, it came down to going where they felt most comfortable.

“I’m really excited,” said See. “Finally get to officially sign. I went on two or three visits up there. To camps. I always wanted to go out of state and I just love it there. The coaches treated me like family. They texted me once a week. It just felt really homey up there. And I like the class sizes.”

While some athletes didn’t make their decision until their senior years, others knew where they were going years ago and stuck with it.

“It’s really exciting,” Garza said. “I’ve worked so hard the past few years. Just seeing it all come together and finally happen is just really special. I actually committed my freshman year. I committed really early. Everybody questioned it and asked why’d you do that. But I just knew that was the place for me. I’ve waited so long. The last three years have gone by so slowly. That’s why today is so special.”