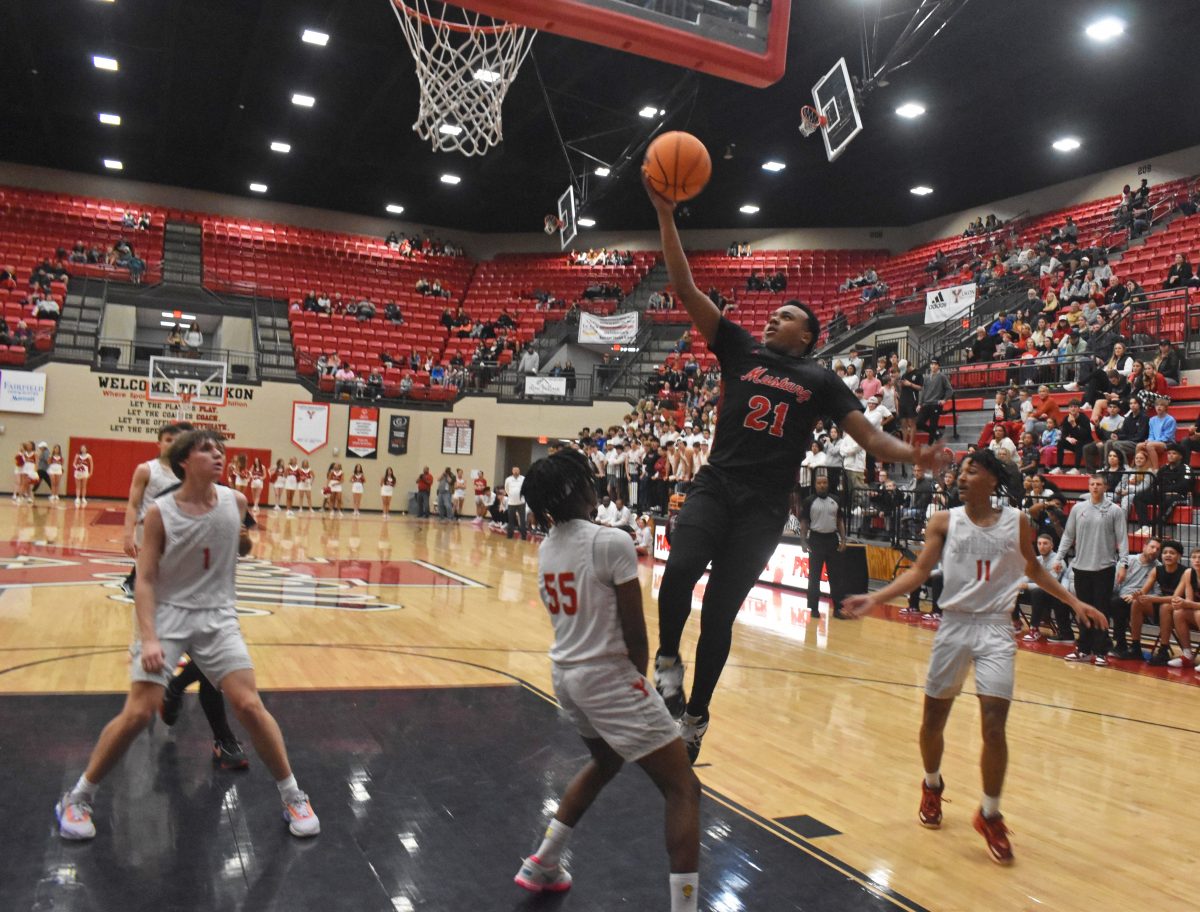 Mustang got their season off to a strong start Tuesday when they took on rival Yukon.

Despite playing without senior guard Keegan Bass, who was still in street clothes, the Broncos dominated from the opening tap and never let up as they earned a 94-71 victory at Yukon.

With its four-guard lineup, the Broncos pressured the Millers baseline to baseline. This forced Yukon into turnovers, which Mustang turned into points early on.

Roman Miller led the first half attack with his aggressive play on both ends of the floor. The sophomore attacked the basket on dribble drives while also battling for rebounds.

At halftime Miller had 15 points, including a buzzer-beating 3-pointer to give Mustang a 43-29 advantage.

“I just wanted to set the tone early,” Miller said. “Just get downhill, make some layups and get my teammates open. Just let them know I’m here.”

The Broncos continued to stretch their lead in the third quarter as Bryson Sharp and Chance Rodgers began to find their range from the perimeter.

Unable to slow down Mustang, Yukon had to rely on its offense to keep them in the game. But with their 3-point shot not falling, MHS pulled away to a 20 point lead late in the third and never looked back.

Damontrell Adam and Dylan Snow each posted 17 points for Yukon.

“We did good,” Miller said. “It was good energy. We got a little lazy in the second half though. But we got a couple of resting guys. We will get in shape. It was just the first game.”