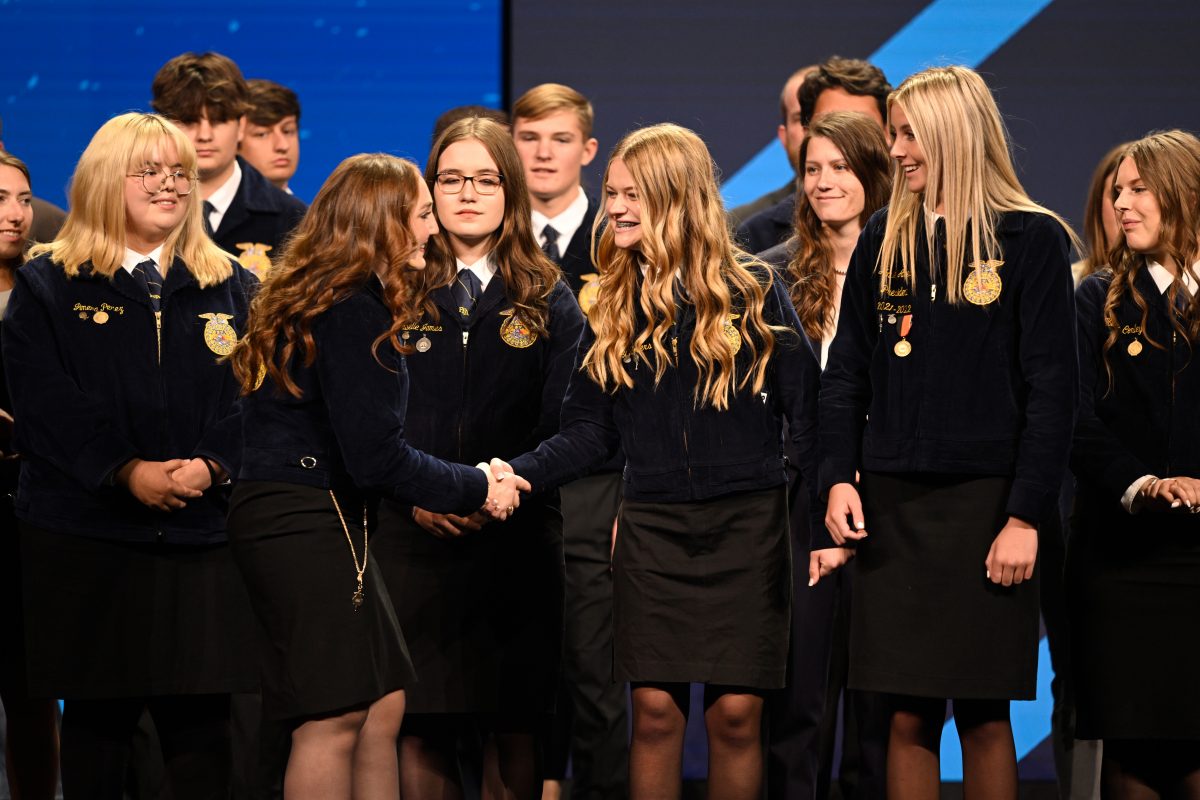 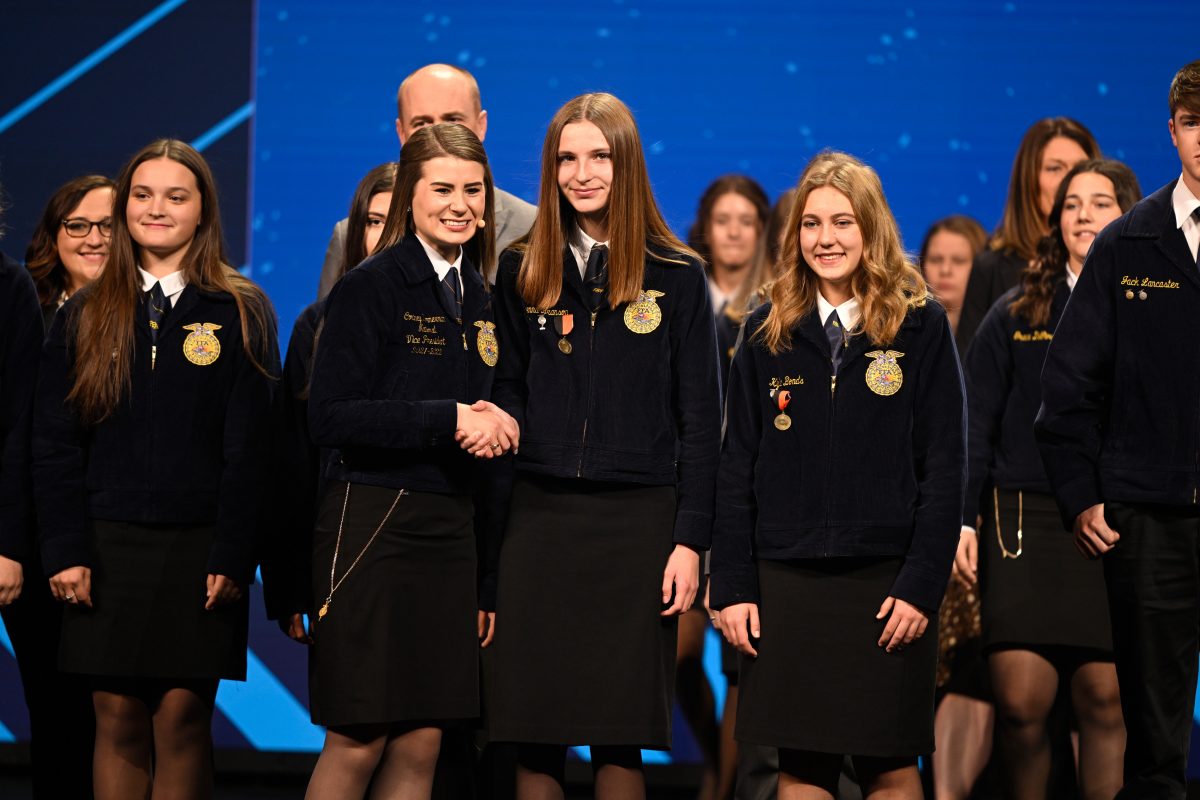 Kyla Bonds and Makenna Branson finished in eight place nationally in Plant Systems Division 4. They earned a silver medal for their work. 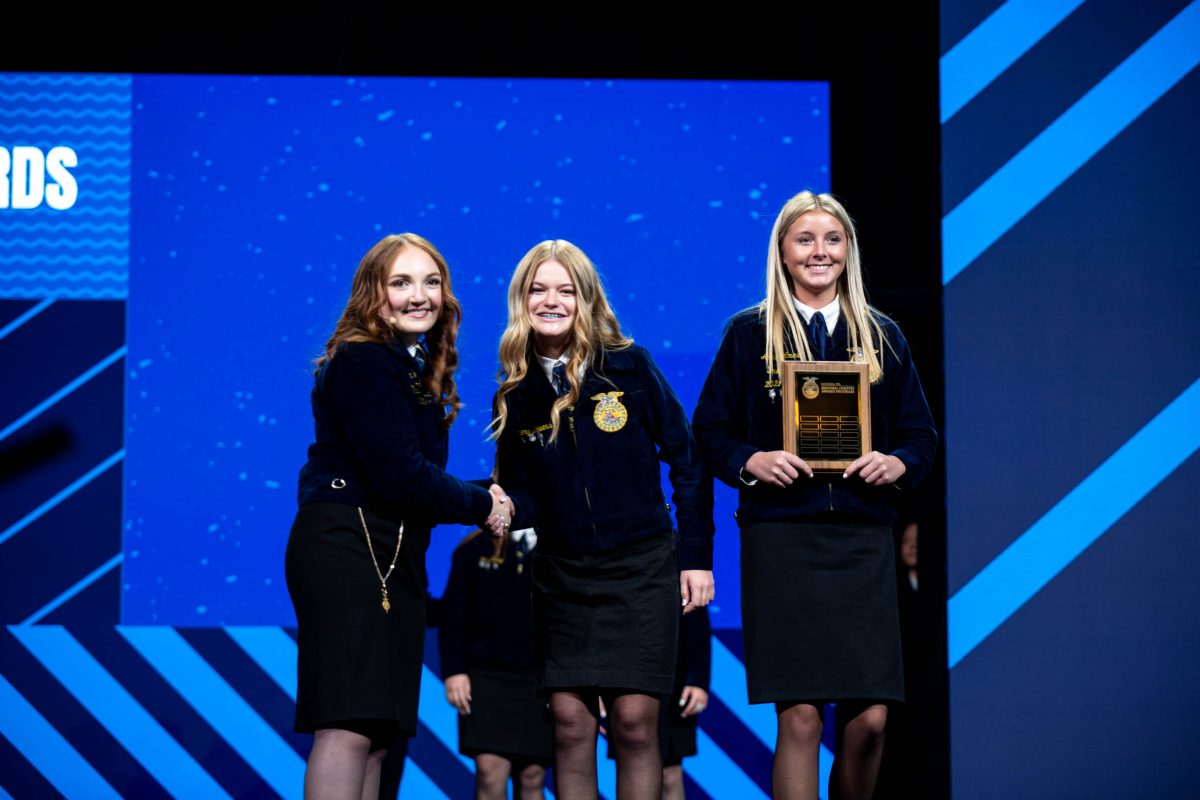 Mustang FFA received its first National 3-Star Chapter award based off the program of activities students complete throughout the school year.

As part of the application to qualify for the award, the chapter had to list 15 different types of activities, how the chapter promotes agriculture within the community, how they take care of the community and the type of leadership the students in the chapter show.

“The National 3-Star Chapter is the first time that we’ve won national recognition at all, let alone on the 3-Star level since 1975 when our chapter was chartered,” Stevens said. “It’s a significant accomplishment just for the work of our students and of our program to be recognized on such a level.”

The chapter cannot apply for awards this next year due to the high level of success this year. Stevens said that can play to the chapter’s advantage.

“On the chapter level, we do have to sit out a year, which kind of works to our advantage,” Stevens said. “Without the pressure of applying for another award, or anything along those lines, we’re able to take more risks and be more creative with what our activities are and really build up the scope of our programs and the amount of people that we are able to impact and help.”

Multiple students from the chapter also placed highly in the national’s competitions. The Chapter had students place in seventh and eighth in Agriscience Research. Those students complete research projects similar to a standard science fair, but they are strictly agriculture influenced.

Students competing in that competition will conduct experiments and then do a presentation to industry professionals on the topics. To reach nationals, the students must win at the state level. They also do a preliminary interview over zoom before having the top 10 recognized on stage at the national’s convention in Indianapolis.

Annie Ames and Emery Bowers (who filled in for Kate Dillon) received gold medals for placing seventh in the Agriscience Fair in the Animal Systems Division 6. Ames served as the most recent past Mustang FFA President while Bowers is the current president. Dillon served as the chapters immediate past vice president.

“So, Kate and Annie presented a science fair project, they were the ones who placed seventh (in nationals),” Stevens said. “Unfortunately, Kate got caught up with some college stuff so she couldn’t quite make it to receive the recognition, but she did do the work along the way.”

“…All three of those girls have played a significant role in helping to create and really execute the activities that we saw within our program that helped us get to that 3-Star level,” Stevens said.

Kyla Bonds and Makenna Branson also generated recognition as the group finishing in eighth place nationally in the Agriscience Fair in the Plant Systems Division 4. The honor earned a silver medal. Two other students received bronze recognitions, which is still a national recognition honor.

Bonds and Branson’s project looked into efficiency of alternative growing methods and took specific grow space availability into consideration for their project.

Stevens said the pair won state the year before and used their experience to their advantage in order to win again. This time around, that experience helped the group crack the top 10 in nationals.

“All five of those girls, they worked extremely hard in research, and they really had the opportunity to see their work pay off,” Stevens said.