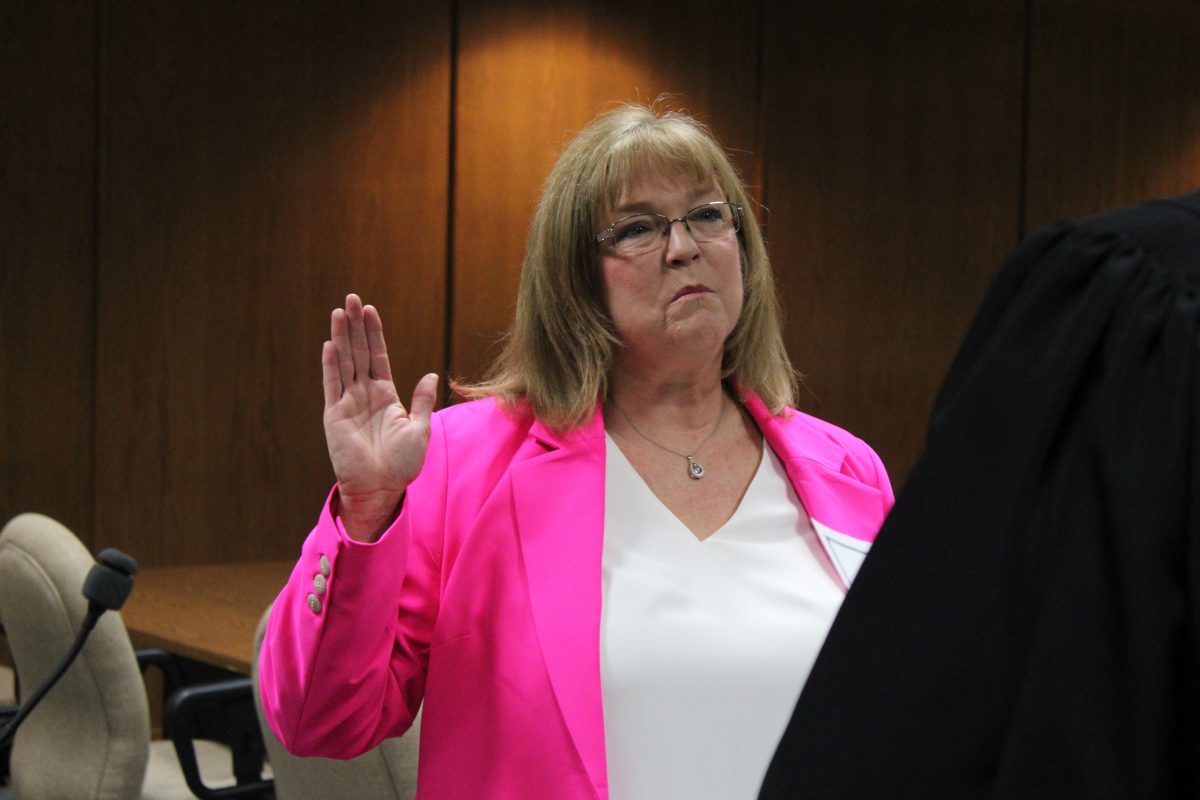 Tracey Rider swears into office on Tuesday, Jan. 3 at the Canadian County Courthouse. 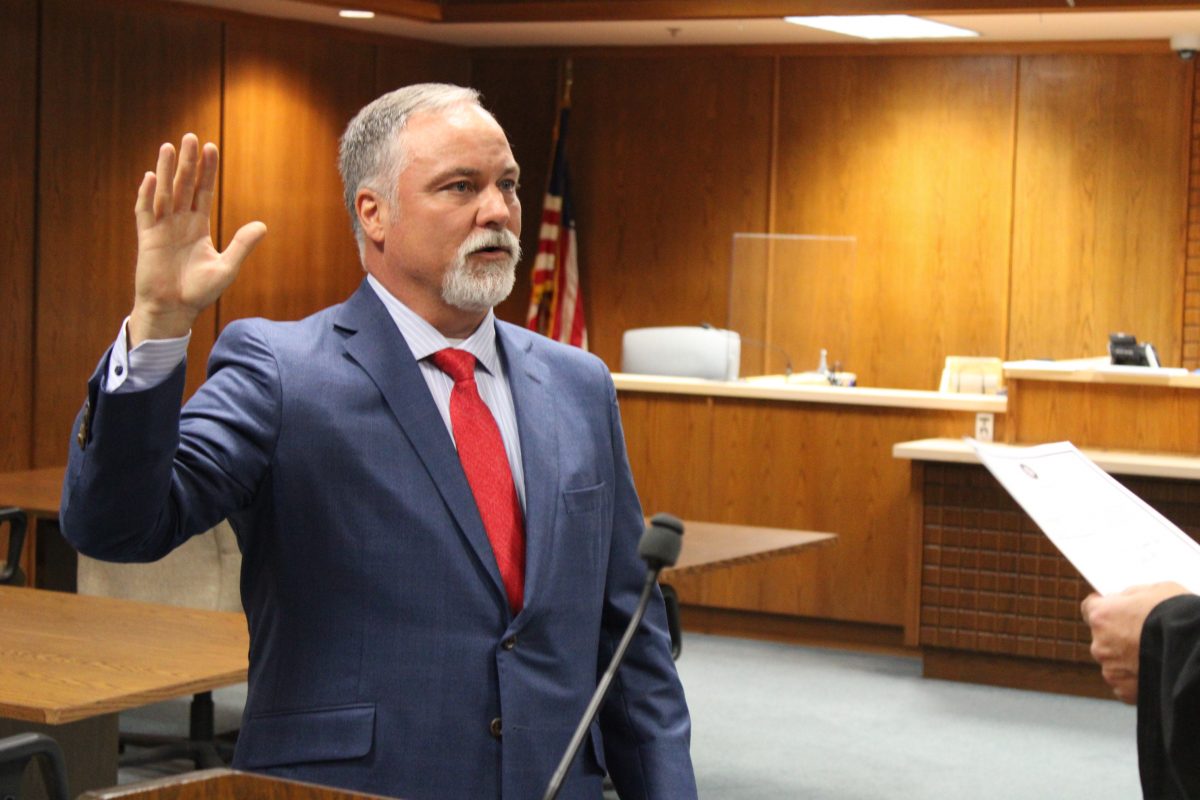 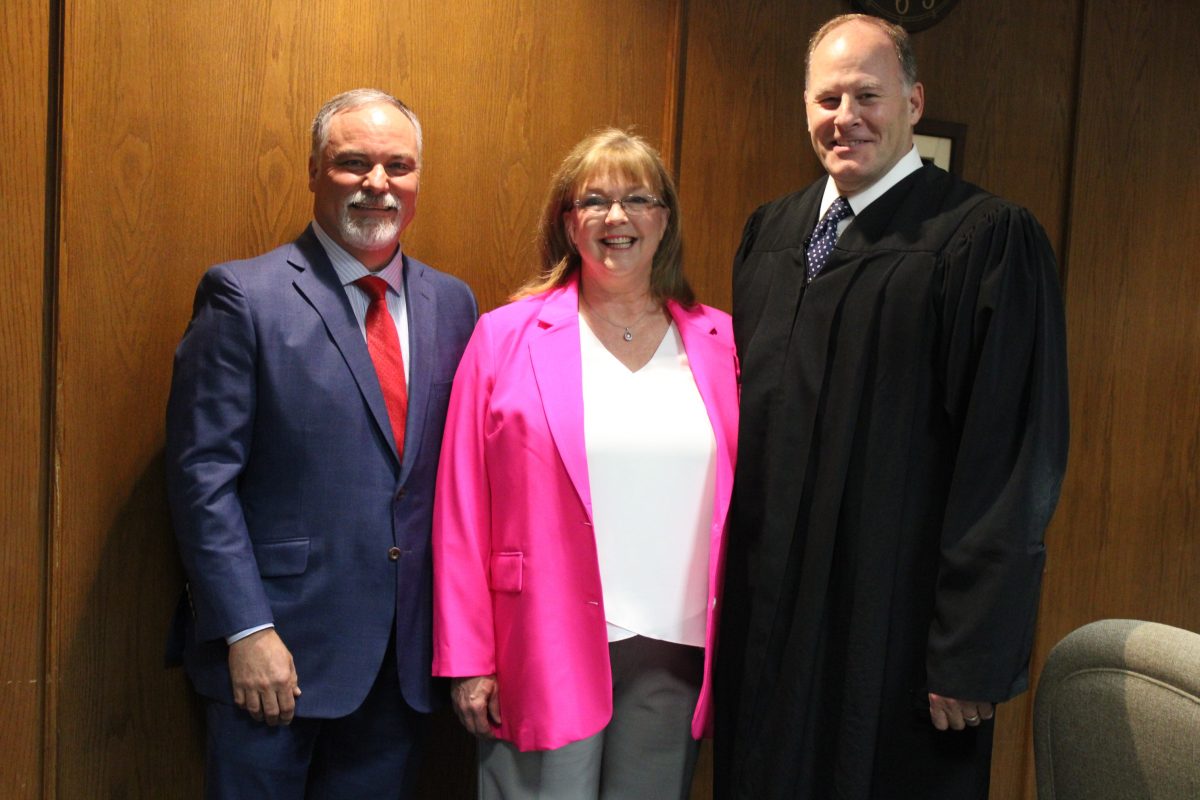 Manske and Rider swore into office in front of a large crowd in one of the court rooms inside the courthouse. (Photos by Jacob SturmBy Jacob Sturm

This week, the representative for District 1 on the Board of Commissioners in Canadian County changed from Marc Hader to Tom Manske.

Manske won the seat from Hader during the primary elections and officially replaced Hader following a swearing in ceremony on Tuesday. That ceremony also officially saw Tracey Rider swear in as Commissioner for District 3, even though she has been serving the past few weeks as the acting Commissioner following Jack Stewart leaving for the Oklahoma Senate.

“I’m very excited about the opportunity to be able to serve the citizens of Canadian County in District 1,” Manske said. “My whole career has been on service, and been involved with just working with kids, families and people. So, I’m a firm believer in that.”

“So, that was one of my pushes to be involved in this position was what was my next level of service that I wanted to go to,” Manske said. “I’ve worked with them on the 4-H level in the county and in the district and the state. So, I felt this was a good transition into another realm of service that I think I can get some things done and be involved with different levels of the county, and try to make a place a better place to live, just like we always try to do.”

For the past six weeks, Manske has been able to attend the Commissioners meetings and get a feel for what the job requires. That included a lot of different conversations with elected officials, including those from the county, to help with that process.

Now that Manske has started, he said he has plans to focus on several things right away.

“First off is to get to know the employees, get to know who all the people (are that) I work with whether it be the county treasurer, get to know them better all the way down to the county employees we have out at the road shop,” Manske said. “I keep hearing how good our road shop is and I’m very excited about that because I’m stepping into good things. Mr. Hader has left things good and I’m very excited about that potential.”

He will also look at the projects in the works before making drastic decisions in office.

Manske has been in Canadian County for 29 years. He said the job’s similarities to his own and the closeness to county residents helped him identify the job as a possibility to pursue.

“I like the idea of working on the county level, and in the district, to achieve some goals here in Canadian County that’s going to continue us moving forward,” Manske said.