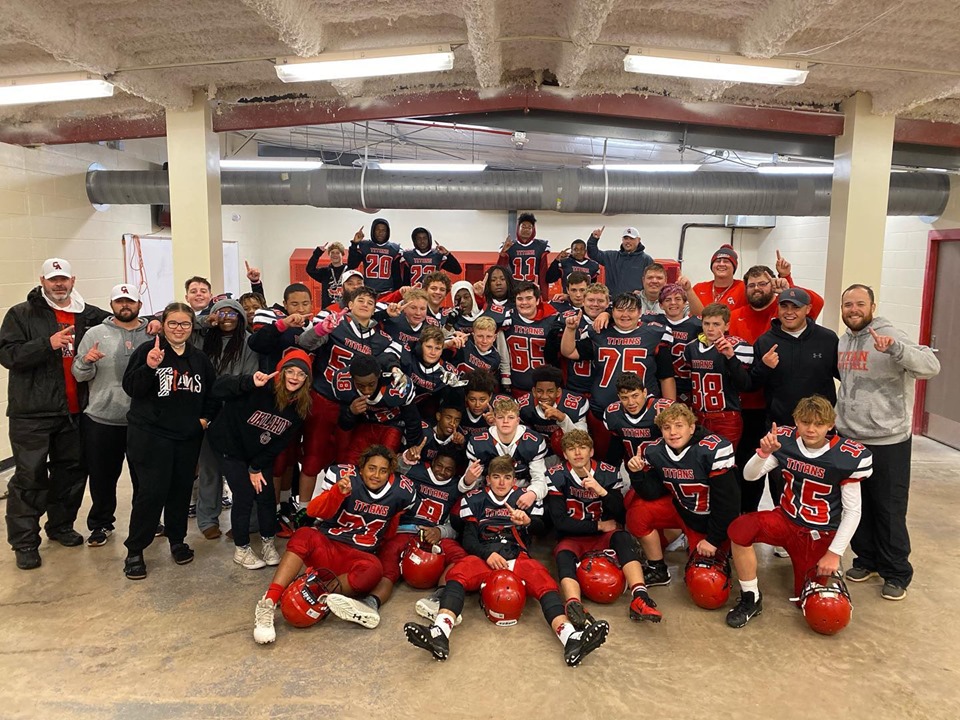 The Jr. Titans had already wrapped up an undefeated conference slate and the

McGuinness victory was the icing on their cake or a Gatorade Bath if you happen to be Coach Bryce Maddux.

The two toughest tests for the Titans came from within the Mid-Del system. With the consolidation of middle schools, Jarman and Monroney combined to form Midwest City Middle School and the CA boys defeated the Little Bombers, 18-8.

Then came the classic showdown with Del City, combined Del Crest and Kerr teams. The Eagles held a 6-0 lead until the final period when Hutch Russell unlimbered his passing arm and hit Preston Dunlap with the tying touchdown.