James Taylor, who is challenging long-time incumbent Congressman Tom Cole, for the Republican Party nomination in the fourth congressional district, issued a challenge for Cole today to protect the meat producers and consumers of Oklahoma, rather than to “bend the knee to the globalist agenda.” 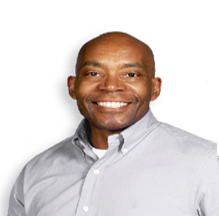 “The recent importation of the coronavirus from Communist China illustrates the dangers of importation of meat from nations like that totalitarian regime,” Taylor said. “The worst part about it is that Tom Cole joined with 299 other members of the House of Representatives in 2015 to deny Oklahomans — and all other Americans — the right to know where their beef, poultry, and pork comes from.”

In 2015, Congress voted to repeal Country of Origin Labeling (COOL) for beef, chicken, and pork imported into the United States. This was in response to the demand of the World Trade Organization (WTO) that America end the legal requirement that consumers be made aware of the country of origin of their meat products.

“These judges on the WTO were not nominated by the president, nor confirmed by the Senate,” Taylor said, adding, “so what right do they have to dictate to us what laws we have to protect consumers? In addition to an attack on our country’s national sovereignty, Tom Cole’s vote has left us with a situation where consumers can choose to not buy meat of questionable quality and healthiness, from countries like China.”

Taylor noted past scandals involving Chinese imports, such as the 2008 baby formula imports. “It is estimated that Chinese baby formula brought into the country caused 54,000 babies to become sick, resulting in six deaths. Even China’s own food safety chief admitted in February 2017 that there were severe problems in China’s food safety system, according to Foreign Policy magazine.”

“Even raw chicken imported from Chile is of concern,” Taylor continued. “In 2013, after determining shipments of poultry Chile contained dioxin, the USDA had to ask importers to hold chicken products from that country for re-inspection. Yet Tom Cole thinks you as a consumer should not be allowed to know from what country your dinner is coming from.”

Taylor also noted that Cole should that meat from foreign countries is often unfair competition for his ranching constituents.

“U.S. cattle producers are required to obtain veterinarian certification before administering antibiotics, but this does not apply to any other nation,” Taylor said. “There are many other such problems for our Oklahoma cattle ranchers. If Tom Cole cared more about Oklahoma’s consumers of meat products, and less about pleasing foreign globalist entities like the WTO, we would be better off.”