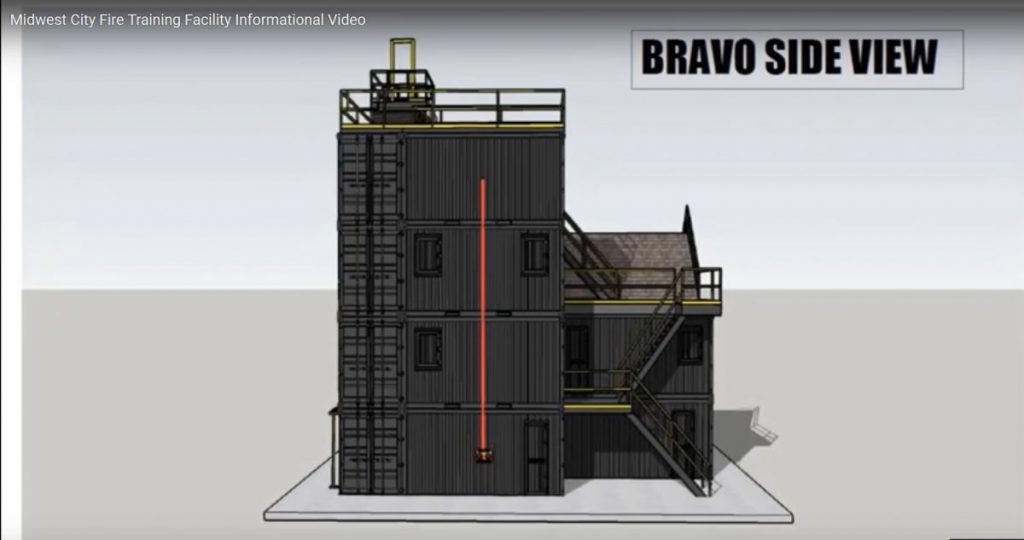 Midwest City will hold off on plans for a police and fire training center after officials learned that the location for the project was incorrectly stated on a bond election approved by voters in 2018.

City Manager Tim Lyon said the bond project is invalid because of the address error on the ballot. He said they will search for a new location for the project and bring it back to voters for approval, likely in spring.

The project has drawn recent pushback from citizens who were concerned about the location of the facility and impact of fire and smoke from training exercises. Lyon said the address error along with opposition from neighbors led him to scrap the original site. 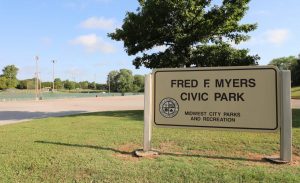 “This gives us an opportunity to reevaluate the site in light of the most current information and we plan to announce a new location and date for the vote in the future,” Lyon said.

The police and fire training facility was one of several projects included in a $53 million general obligation bond issue that was passed Aug. 28, 2018. The four-part bond issue had separate proposals for streets, water system, parks and recreation and public safety.

The facility would consist of a building with classroom space and a four-story burn building/tactical training facility to be shared by police and firefighters. The firefighters would use the facility to conduct controlled burn exercises and regular training. Police can use the building for regular technical training including SWAT, hostage and active shooter drills.

The building would be constructed of metal shipping containers and the interior spaces can be reconfigured to simulate living spaces.

“The city was looking for an inexpensive location that had public parking, sewer and water in place,” said Lyon, who was assistant city manager at the time. “In a perfect world, we’d love to put it out by the gun range on NE 36th Street but there is not water there and it’s far from town if there is a major incident that police and firefighters need to respond to.”

City leaders gave more than 40 presentations about the bond issues including several town hall meetings. They did not recall any strong opposition to the police and fire training facility leading up to the vote on Aug. 28, 2018. All four propositions passed, with the public safety measures receiving 55%.

Opposition to the project surfaced early this summer. At a June city council meeting, Fred Hawk, who lives near the proposed site, questioned the address of the project, its proximity to nearby homes, and impact of smoke from the firefighter training.

“We want our police and firefighters to have the things they need but I don’t think voters were educated about where this was going to be,” Hawk said. “People from all walks of life can’t believe they wanted to do this.”

Mayor Matt Dukes, Ward 2 Councilman Pat Byrne and the fire department hosted a community meeting July 30 about those concerns. A notice was mailed to residents who live within 300 feet of the site. Hawk said he tried to notify more residents about the meeting and the project.

“This doesn’t just effect people who live within 300 feet of the site,” Hawk said. “It’s unsightly and will produce air and noise pollution. And it’s a health issue for people that are on oxygen or have trouble breathing.”

City leaders strongly disagreed about the impact of the smoke.

“The smoke and fire generated from this is nominal and is not a hazard to the public,” Lyon said.

About 40 people attended the meeting, with the majority speaking out against the project. Several people said they were unaware that the burn building would be built at the park.

Mary Anna Kilpatrick, who has lived in a town house near the park for about 10 years, said she supports police and firefighters but believes it was a poor location.

“Most people are not against it being built, just not where it is,” she said. “They need another location in Midwest City that will not impact residents like this.”

Dukes said he was surprised about the level of opposition at the meeting, especially concerns that residents were not notified of the plan.

“They claimed they were not notified about it, but we put it out in every media channel possible,” he said. “We did over 40 presentations to civic groups, town halls, the hospital and whoever would hear us.”

Lyon said city staff quickly dug into questions about the address, which could jeopardize the project. They determined that the address listed is not consistent with the addresses of the street nor the surrounding area. The property had never been platted and the United States Postal Service has never delivered mail to the address. The city’s geographical information systems office, which handles all mapping needs, determined that the correct address is 9755 SE 15th Street.

“City records dating back to the 1960s had that address as 9555 SE 15th Street and that is not the right address,” Lyon said. “We’re not sure how it got there.”

Option for the future

Lyon said they will begin looking for a new site that is centrally located and not impacting neighborhoods. Selecting a new site will likely raise the price tag for the project. The original project was slated to cost $1.1 million including construction and design work and fees.

“We want to do the right thing. We do not want to be bad neighbors or be perceived that way,” he said. “We know that we’ll have strong support again for this project.”

Midwest City recently hired Guernsey to design the project. The firm was in the early stages of design and engineering work when the project was canceled, according to Vaughn Sullivan, assistant city manager. That design work has been put on hold until a new site is approved.

“We’ve only had a couple of Zoom meetings with them so far to discuss the scope of the project,” Sullivan said. “And that work will carry over to a new site. It hasn’t been time or money wasted.”