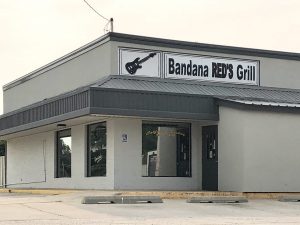 Bandana Red’s Grill is located in the Big A Plaza near SE 29th Street and Henney Road.
(PHOTO BY RYAN HORTON)

Bandana Red’s Grill, located at 14030 SE 29th Street in Choctaw is well known for its catfish, as well as its long-time owners LaDonna Bradshaw, and her late husband Steve.

But times are changing for the restaurant as Bradshaw is retiring, and handing over the ownership reins to John Haley, and his wife Kellie on Sept.1.

Bradshaw said she is pleased the Haley’s are taking over. 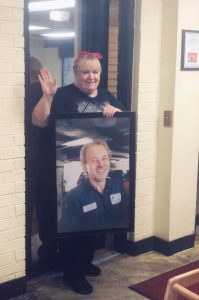 “Restaurant work is really hard, and it is too hard for one person, especially at my age,” she said. “It is bittersweet, but it is time to let some younger people operate it. The new owners John and Kellie Haley will officially take over Tuesday, Sept., 1. They are a great couple and they will be keeping things the way Steve and I ran it. They will continue all you can eat Catfish Friday, continue serving any groups that are regularly scheduled, the menu will remain the same as will the hours, and you will see all the regular employees. Please make them feel welcome and at home as you did Steve and I.”

John Haley works as a food service sales representative, and serviced Bandana Reds Grill for about three years. He and his wife both have prior restaurant experience.

“LaDonna and I had an off and on-again running joke for the last couple of years that she was going to retire, and that I was going to buy the restaurant,” he said. “She started getting a little more serious about it. About six weeks ago, she said she was ready to sell the restaurant. I talked to my wife about it, and it was something we couldn’t say no to.”

Haley said the restaurant’s busiest night is Friday with its all-you-can-eat catfish special.

“The catfish is exceptional,” he said. 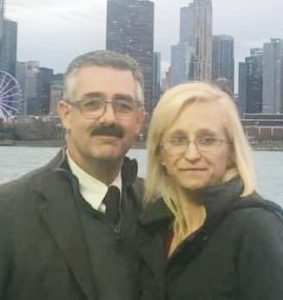 Haley and his wife were also patrons of the restaurant.

“My wife and I have eaten out there on a number of occasions,” he said. “We both feel like it is a fantastic place. It is great food, and a great atmosphere, and a loyal following.”

Haley said some additions are coming.

“We are hoping to add services like Door Dash and Post Mates for delivery,” he said. “We hope to add all-day breakfast at some point when staffing allows. There is a lot of opportunity there, and we are going to listen to customers to see what they want.”